15 MORE Messages from the Girl Who Quit via Whiteboard

Last Friday, we decided to post the photo story of a girl who quit her job via 33 VERY telling whiteboard messages in our usual Friday Funny slot. It matched out usual criteria for a Friday post – a primarily image based recruitment/employment/job seeker related story with a humorous element to it. But last Friday’s post was post with a difference. Within 24 hours our post had received over 5,000 unique views and over 2,000 shares. Unprecedented Friday web traffic for us! It received over 1,600 Facebook shares, more than 330 Twitter shares and almost 200 shares on LinkedIn.

And now Jenny’s BACK with 15 more whiteboard messages for your viewing pleasure!: 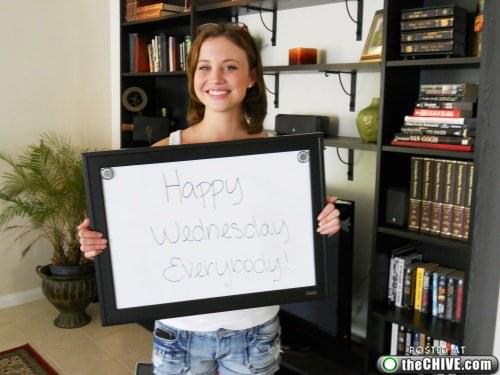 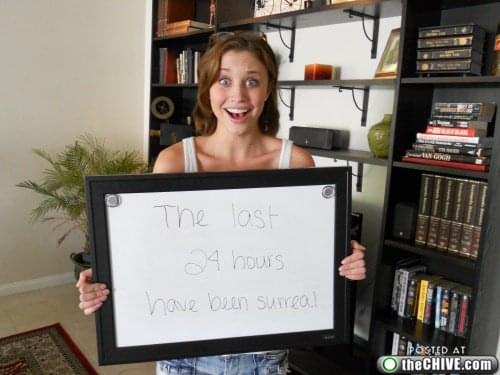 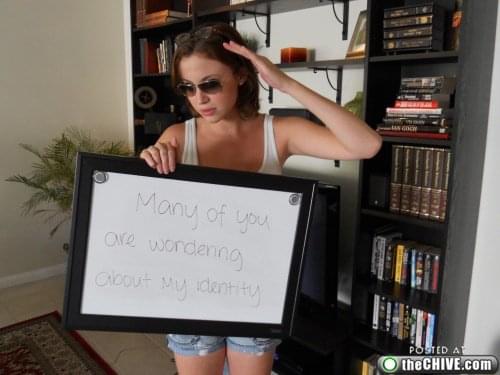 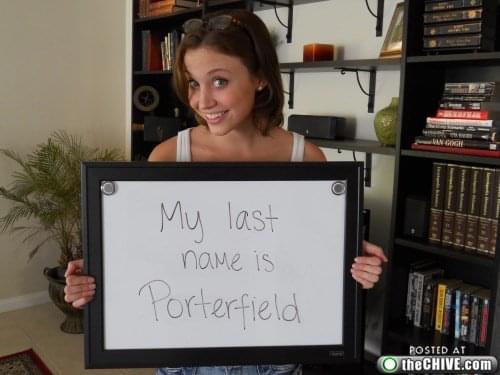 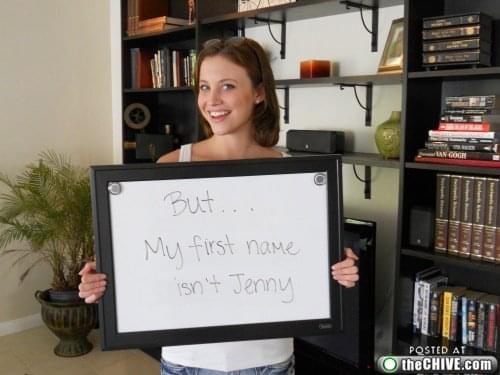 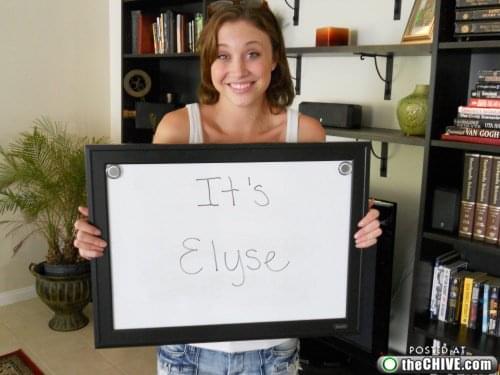 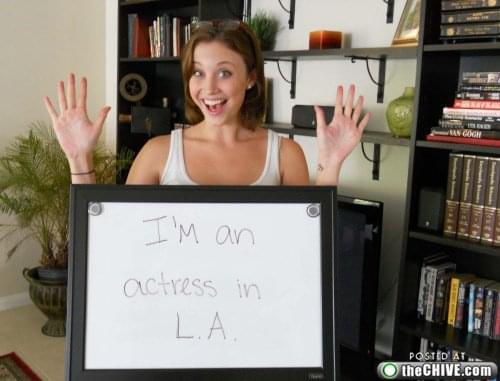 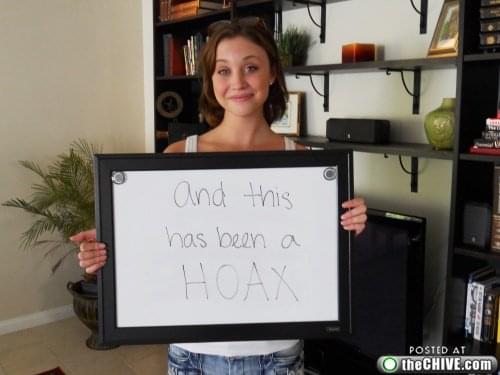 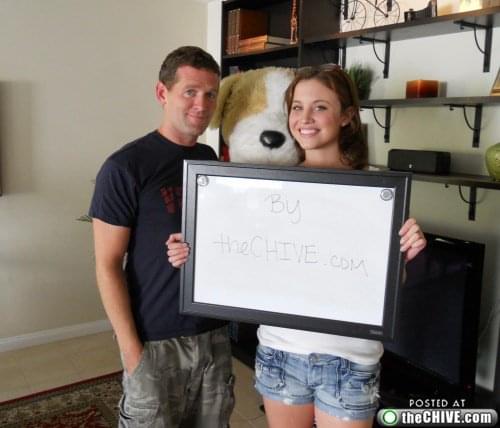 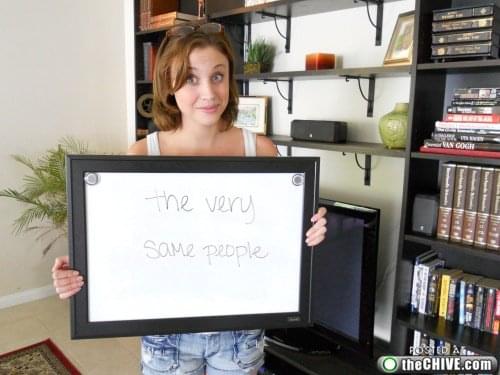 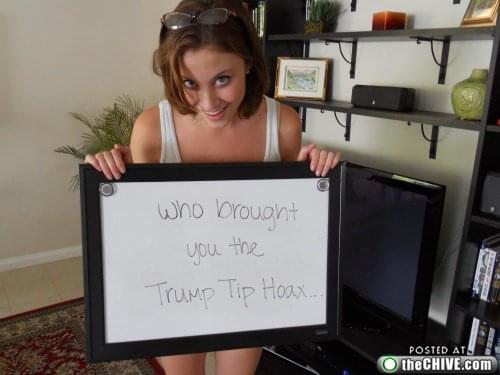 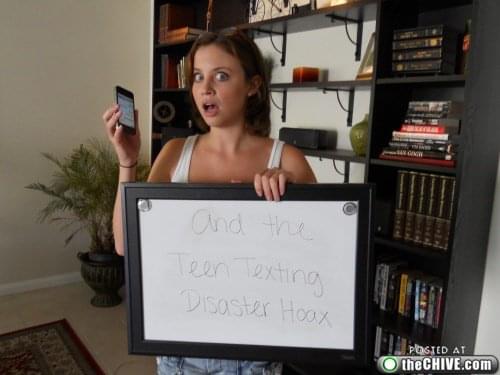 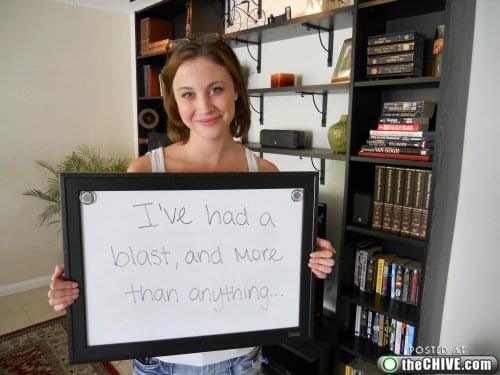 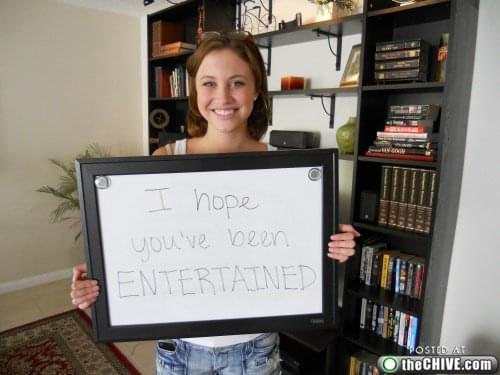 Yep, sorry folks, but I’m afraid you were all a part of a little social experiment we decided to run here at Social Talent to test out a theory. But don’t worry, we did it for a good reason and we urge you to keep reading to find out why this little experiment is so important for both recruiters and employers in 2015.

The True Story Behind the Hoax

This story was originally published back in 2010 by a website called TheChive.com. Much as it did on our website, Jenny’s alternative resignation speech caused an overnight internet sensation, as tens of thousands of people across the globe shared (238k Facebook shares and 31k tweets) Jenny’s unique way of handing in her notice.

Why was the story so popular? Well, the story’s creator, Leo Resig, believes the hoax went viral because It struck a personal chord with disgruntled workers the Internet over, and people wanted to share it. He believes the story’s popularity stems from the fact that people want to believe Jenny is real because they would love to think that someone would have the “balls” to go public with a resignation like that, and call their tyrant of a boss out on his bad behaviour.

And I’m afraid you guys fell for it too. You laughed at Jenny’s comments, you sniggered at the boss’s response and you shared it with your friends and colleagues.

Now, in fairness, some of you were very quick to condemn the nature of the post and confront us about why we had chosen to post and appear to glamorise public shaming in the workplace:

@socialtalent @HollyFawcett think this is awful -the boss is a complete nonce with his bullying responses , yuk

Our answer: to prove just how little it takes for an online confrontation between an employee/candidate and an employer to go very public, very quickly.

If Jenny was a real employee and her boss the owner of a real company, how do you think either of them would have faired after this little stunt? Who would hire Jenny after she publicly dragged her boss through the proverbial mud? Similarly, what would the likelihood be that hundreds of talented candidates would flock to her boss Spencer’s company looking for employment? After all, he was extremely willing to boast about his former staff member’s nasty nicknames and openly laugh at her desire to move up the ranks in his company. Not many on both counts I’d wager! Both Jenny’s reputation as a professional, employable person and Spencer’s reputation as an employer would be destroyed.

But what if a similar incident happened to you or your company in real life? What are the implications of this type of public shaming on your Employer Brand and your reputation? Let us remember that an act of public shaming doesn’t have to come in the form of a very elaborate outing like this one. It can come in the form of comments left by disgruntled candidates on your company’s blog posts or your company’s Facebook page, as well as nasty tweets tagging your company and scathing LinkedIn status updates.

As our industry becomes ever more social, the threat of running into problems of this nature with candidates from time to time is ever more prevalent. Social media has empowered us to find and attract more talented candidates than ever before, but it has also left us more open to being attacked and slandered by candidates with a bone to pick about our hiring processes. All it takes is for one candidate who feels wronged by your hiring process, to post one nasty comment about you, for things to get out of hand. Maybe their comment is true. Maybe it’s not. Maybe it’s a little bit of truth taken grossly out of context. No matter the case, how you handle negative comments can determine how much (or how little) business you will lose because of the comment and how much it might damage your hard earned employer brand.

The same way to need to know how and when to use social media to find candidates, you also need to be aware of how to handle it when it works against you.

How to: Handle Negative Comments About You and Your Business

The following strategies can help you and your company manage the inevitable, but it’s up to you to determine which is the most appropriate for your communication style, specific readership and business.

If a negative or controversial comment comes up on Twitter, Facebook, your website comments, etc., the first thing you should do is take a screen capture or document it in some way. Some things can be deleted or modified by the poster, so it is important to have proof if the matter is contested or the issue escalates to a more serious matter.

Do not delete negative comments 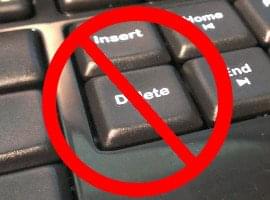 So many companies make this mistake. Do not try and brush negative comments under the rug. It will only aggravate the commenter, or move the conversation elsewhere – usually somewhere less favourable and more public. Deleting things on the internet is an illusion anyway, and will bring into question your integrity as a company to not only the complainer, but all your followers and any potential candidates looking on.

However, do block users who abuse your site, and remove inappropriate comments (i.e., racist, derogatory, pornographic, etc.), ones that are too far off-topic, or just trying to use your site to sell a product or service.

It’s not uncommon that an offended candidate (or internet troll) is trying to get an emotional reaction or response from their post. It is critical that you never take negative comments personally or engage or challenge the person negatively. The key when responding to negative comments, is not to get sucked into a tit-for-tat battle, just as the boss in our fictional example did. Remember, this is in public, and you are being judged by not only the poster, but all your followers. Act as if you are responding to an angry mob: being right might not be the end goal. You don’t have to reply to everything. If the comment is clearly an attack or an effort to pick a fight, let it go. 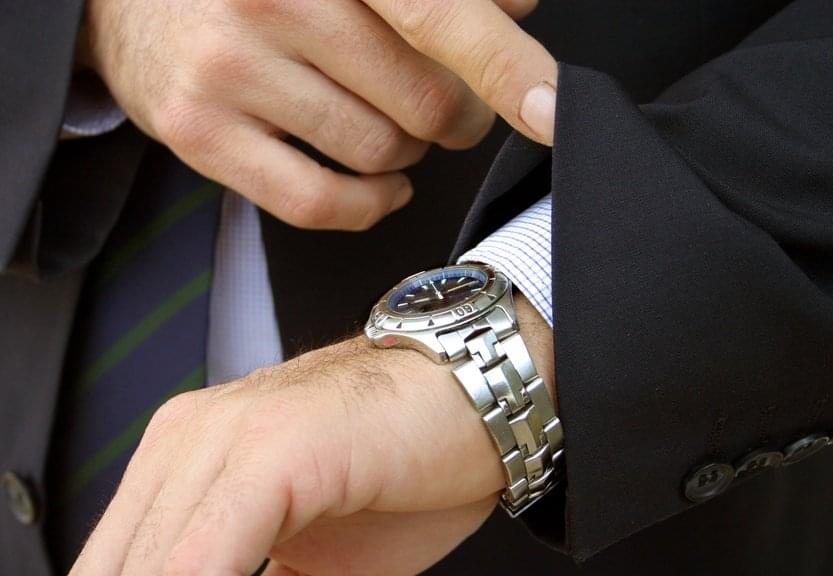 I can’t stress this point enough! Word travels swiftly on social networks, so respond quickly, particularly if a comment can be potentially damaging to your employer brand. You’ve seen just how quickly things like this can spread and grow into beasts of their own. Respond in hours (or less), not days. A slow response can damage a company’s reputation.

Respond to each complaint in the public stream

The culture of social media demands that you are addressing the issue. That doesn’t mean you have to discuss every detail in public.  So tweet or comment back and say something like please e-mail me more info or looking forward to helping you. Can you DM/message me more? Also when it’s resolved, tweet that back as well. Try Thanks so much for letting us know. I hope the issue has been resolved for you? Follow up is KEY. And always make sure you comment on the original stream where the complaint was written.

You set the tone

When responding, avoid sounding like a higher authority and never be a smart aleck. The internet will always be smarter. 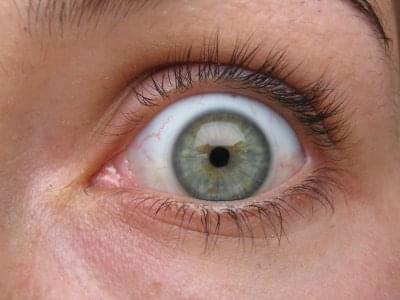 Use Google Alerts to keep an eye on your reputation. Google Alerts and services like Tweetdeck allow you to enter search terms, such as your organisation’s name, your Twitter handle, and just about any other name or term that relates to your organisation and product. The services scour the internet for any match to your terms and e-mails you when it finds any. It’s a fabulous and a necessary social listening tool.

How to: Prevent Negative Comments in the First Place

Don’t Underestimate the Importance of Feedback

Being left in the dark when it comes to the hiring process is one of the top 3 frustrations candidates suffer when going through an application process. Therefore, if a candidate is to become disgruntled about something it’s most likely going to be the way you handle the hiring process and the type of candidate experience you provide.

Feedback is an essential element of not only a great application experience, but also a great candidate experience which overall leads to a positive hiring process. Honesty, transparency and clarity are three words to live by:

Feedback builds better candidate’s for the future and will make the candidate respect your decision, because as Stacy Zapar Donovan says Today’s no candidate is tomorrow’s yes candidate (or source of referral) so never burn a bridge.

Setting very clear boundaries with readers about which types of comments are appropriate, and how you’ll handle them, can help prevent problematic behavior from happening in the first place. In addition, you can simply point to the comment policy on your blog if you get complaints for deleting a comment (for example).

Comment Rules: Remember what Fonzie was like? Cool. That’s how we’re gonna be ‚¬€ cool. Critical is fine, but if you’re rude, we’ll delete your stuff. Please do not put your URL in the comment text and please use your PERSONAL name or initials and not your business name, as the latter comes off like spam. Have fun and thanks for adding to the conversation!

Even the Mayo Clinic, the renowned medical center, has a comment policy for all of their blogs, letting commenters know that comments are reviewed before going live. It reads:

We encourage your comments on Mayo Clinic’s various blogs, and hope you will join the discussions. We can’t respond to every comment, particularly those that deal with individual medical cases and issues. We review comments before they’re posted, and those that are off-topic or clearly promoting a commercial product generally won’t make the cut. We also expect a basic level of civility; disagreements are fine, but mutual respect is a must, and profanity or abusive language are out-of-bounds.

But if you finish this article with one thought, let it be the words of the great George Bernard Shaw (a fellow Irishman):

“I learned long ago, never to wrestle with a pig. You get dirty, and besides, the pig likes it.”

Tech is a fast paced industry, full of new trends and emerging technologies.…