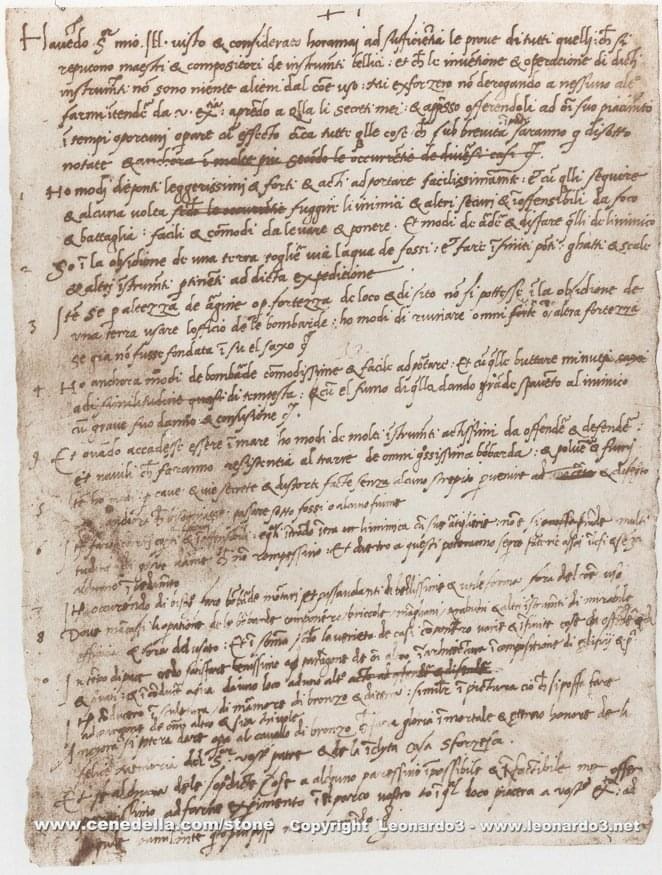 You are looking at a picture of the world’s first targeted CV. It’s 532 year’s old and, like a whole bunch of other very important stuff including the helicopter, the parachute, and scuba gear, it was invented by Leonardo Da Vinci.

Uh huh, he was the very first person to put pen to paper and scribble down his skills and experience in order to convince an employer to hire him. And guess what? It can still teach today’s job seeker a thing or two about the art of CV writing and why it is so important to ensure that every CV you send, is perfectly targeted towards the employer you’re trying to impress.

But first things first. Let’s take a look at the transcribed version of Leo’s CV:

Most illustrious Lord, having now sufficiently seen and considered the proofs of all those who count themselves master and inventors of instruments of war, and finding that their invention and use of the said instruments does not differ in any respect from those in common practice, I am emboldened without prejudice to anyone else to put myself in communication with your Excellency, in order to acquaint you with my secrets, thereafter offering myself at your pleasure effectually to demonstrate at any convenient time all those matters which are in part briefly recorded below,

1. I have plans for bridges, very light and strong and suitable for carrying very easily

2. When a place is besieged I know how to cut off water from the trenches, and how to construct an infinite number ofscaling ladders and other instruments

3. If because of the height of the embankment, and the strength of the place of its site, it should be impossible to reduce it by bombardment, I know methods of destroying any citadel or fortress, even if it is built on rock.

4. I have plans for making cannon, very convenient and easy of transport, with which to hurl small stones in the manner almost of hail

5. And it is should happen that the engagement is at sea, I have plans for construction many engines most suitable for attack or defense, and ships which can resist the fire of all the heaviest cannon, and powder and smoke.

6. Also I have ways of arriving at a certain fixed spot by caverns and secret winding passages made without any noise even though it may be necessary to pass underneath a river.

7. Also I can make covered carts, safe and unassailable, which will enter the serried ranks of the enemy with artillery, and there is no company of men at arms so great as not to be broken by it. And behind these the infantry will be able to follow quite unharmed and without any opposition.

8. Also, if need shall arise, I can make cannon, mortars and light ordnance, of very beautiful and useful shapes, quite different from those in common use.

9. Where it is not possible to employ cannon, I can supply catapults, mangonels, traps and other engines of wonderful efficacy not in general issue. In short, as the variety of circumstances shall necessitate, I can supply an infinite number of different engines of attack and defense.

10. In time of peace I believe that I can give you as complete satisfaction as anyone else in architecture, in the construction of buildings both public and private, and in conducting water from one place to another.

11. Also I can execute sculpture in marble, bronze, or clay and also painting, in which my work will stand comparison with that of anyone else whoever he may be.

12. Moreover, I would undertake the work of the bronze horse, which shall endure with immortal glory and eternal honor the auspicious memory of the Prince of your father and of the illustrious house of Sforza.

Yes, it has to be said, that the most striking feature about Leonardo’s 532 year old CV is the way in which he highlights his most relevant talents and achievements in order to prove his suitability as as a military engineer to the Duke Sforza – who is obviously in the market for such an employee. Sure, he was a great painter and sculptor, and that was what he loved doing the most, but that doesn’t come to light until point number eleven on his list, AFTER he had addressed how his other skills could benefit the primary needs of his potential employer. Why? Because painting and sculpting skills were of far less importance to Duke Sforza, than the ability to design and engineer military equipment and Da Vinci is well aware of that.

So how can you put into practice what Da Vinci first did 600 years ago in your own CV?: 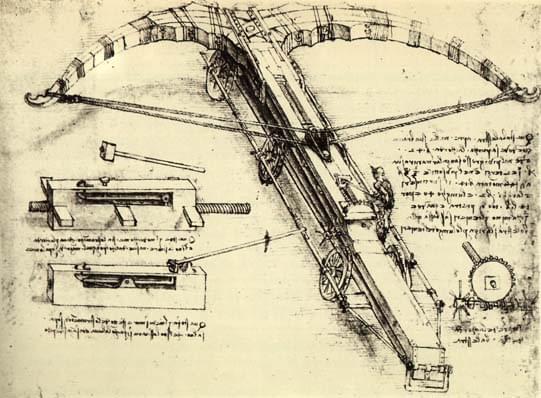 Instead of choosing to talk about himself and great his achievements were (and boy, were they already great at that stage), Leonardo choose to tell the Duke what he and his skills could do for him.  But while many modern day job seekers also list their accomplishments and achievements in the hopes of impressing their own Duke, they tend to list them as they acquired them. Be clever, and do as Leonardo did – list your skills, not as you acquired them but, according to how they can help your future employer.

Duke Sforza was looking for a military engineer, so Leonardo choose to began his CV by stating he “has plans for bridges, very light and strong and suitable for carrying very easily” and that he knows “how to cut off water from the trenches, and how to construct an infinite number ofscaling ladders and other instruments” along with the knowledge of how to destroy “any citadel or fortress“. These were all the kinds of issues Duke Sforza was concerned about at the time and Da Vinci recognised this fact and set about telling him how and why he could help him solve those issues.

How can your skills benefit the challenges your employee is facing right now?

2. Ask yourself, “How can I help after the war has been won”? 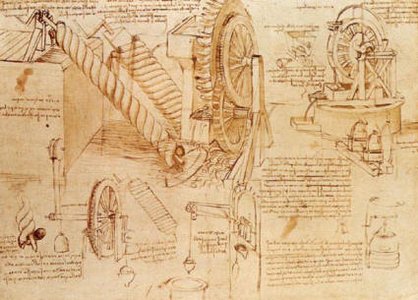 Leonardo was by no means a stupid man. He knew that after war, there (hopefully) came peace. But while peace was prayed for by regular folk, peace for a military engineers usually spelled the end of their careers. Not wanting to fall victim to the Renaissance equivalent of a recession, he made a case for how his other talents could benefit the Duke in times of peace as well.

“In times of peace I believe I can give perfect satisfaction and to the equal of any other in architecture and the composition of buildings public and private; and in guiding water from one place to another.” he said. “I can carry out sculpture in marble, bronze, or clay, and also I can do in painting whatever may be done, as well as any other, be he who he may.”

Employer’s are likely to require more from employees these days. What assets can you provide a company in slow or fast times?  Are your services only useful if they are busy?  Or can you help them do more even in slow times? 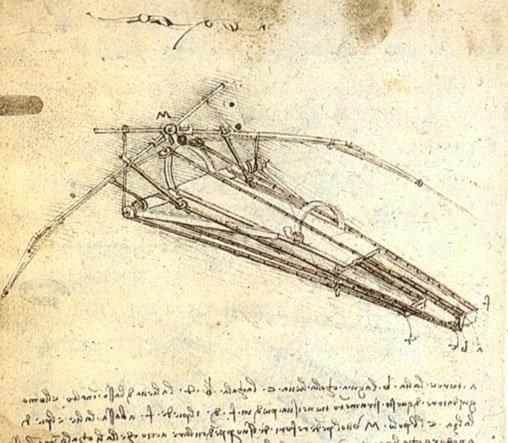 If you think some of the skills Leonardo boasted sound far fetched now, you can only imagine how a Duke in 1489 felt about some of his claims! But as with most things, Leonardo had also taken this into account when putting his CV together. So to ease any concerns the Duke might have, Da Vinci left him an offer to demonstrate his services.  “thereafter offering myself at your pleasure effectually to demonstrate at any convenient time all those matters which are in part briefly recorded below”. In other words, if the Duke wanted a trebuchet built in his park to test Da Vinci’s skills, Leonardo would be there!

What can you do to prove yourself to a potential employee?  Designers, photographers, artists, writers, journalists and advertising creatives will do this by putting together a portfolio or samples of their work online and directing the employer to the link.  Could you do something similar?

And that’s it. 3 lessons you can learn from the master of invention himself!

(Oh, and the answer to your burning question is: Yes. Of course Leonardo got the job in the end! In fact, Da Vinci spent a total of 17 years working for Duke Sforza in which time he built and designed weapons of war, but also went on complete one of the most famous paintings ever, The Last Supper – a commission from Duke Sforza himself (I guess he did well and truly prove his worth beyond that of war time!).)