3Sourcing takes on TalentBin, Dice, Entelo at a fraction of the cost 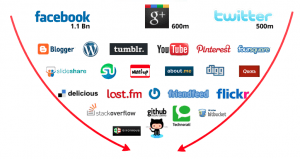 A year ago many of you may have asked “what the heck is a people aggregator”? Maybe you’re still wondering? Well, loosely speaking, people aggregators are tools that aggregate all of the unstructured profiles across hundreds of social, professional and technical websites to build a single database of web profiles that you can search from one interface, presenting you with a unified profile of each person showing their combined data from all their profiles on the web, structured in a way that makes it easy for recruiters to see what their skills are and contact them. Phew, I’m out of breath just reading that! Most recruiters use LinkedIn, some search Google+, Facebook and Twitter and the odd hard-core internet sourcer (like our 4,500 Black Belt graduates) build x-ray searches for niche sites like About.me, Dribble, Github, Meetup, About.me, Stack Overflow and potentially hundreds of other great sites that contain candidate data (yesterday I found myself building an x-ray search string for ratemyteacher.co.uk to find Primary School Maths Teachers in Birmingham, UK!). By our estimates, there are around 2-3 billion unique profiles on the web, but having to build separate searches to find them all is a real pain. It takes expertise, enormous amounts of time and a lot of patience as you try to separate out the duplicates. The arrival of tools such as TalentBin, Entelo, Gild, TheSocialCV (now Dice OpenWeb) and others has transformed the often murky art of web searching. So, out of the UK, comes another new entrant on the scene, 3Sourcing. What makes them different and why should you care?

The first thing that really impressed me about 3Sourcing was how easy it is to try out. All of the other providers have been extremely accommodating and have let me try out their products once I reached out to them but to demo 3Sourcing I didn’t have to speak to or reach out to a single person; I just went to their home page, logged in with my LinkedIn account and bam…I was able to instantly start using it, no strings attached! I’m a huge fan of “try before you buy”; if a product is so brilliant, it should be immediately obvious when you start using it. I think a lot of the reason why people aggregators haven’t gone mainstream yet is because you have to reach out to one of the providers and organise a demo to see it in action and let’s face it, most people are just too darn lazy! The “trial”version of 3Sourcing allows you to run up to 20 different searches in London, United Kingdom before you’ll be prompted to contact a sales rep to upgrade. I love it. Just type in what you’re looking for and decide if you’d like more of it! You could technically run 20 searches, make a few hires or placements for free and then upgrade! What trust!

So how does it perform? I have a full-blown version of 3Sourcing so I was able to run searches elsewhere. Last week I was asked by a company that we were training to help them find Java & Ruby developers in Manchester, UK, so I decided to use that as my example.

On a simple search for the two words JAVA and RUBY within the location MANCHESTER, UNITED KINGDOM, 3Sourcing spat out 270 results (see below).

Interestingly, the same search on LinkedIn only finds 145 results, which is not surprising as 3Sourcing (like most of its counterparts) searches LinkedIn AND a host of other sites. This is SO important in convincing recruiters that they should use tools like this; it MUST be better than what they currently use, otherwise why bother?

So, I hear you ask, what kind of people make up the missing 125 people that LinkedIn doesn’t have? Well, let’s take a look at Fred Kelly, for example. Fred’s profile has been built from a variety of sources including his Dribble profile (a site for designers to show off their work), Github (a site where developers share open-source code) and Fred’s Twitter page. Fred is not on LinkedIn. I looked. There’s a Fred Kelly in the UK who lists absolutely no information apart from his first name and last name (all in lower case) with zero connections. This could be our Fred, or maybe not. The point is that there are millions of people like Fred who just don’t use LinkedIn (and maybe don’t use Facebook or Google+ etc). Ordinarily you’d need to think of all the different places that he might be and search separately on each one with a Google x-ray search to find him. Pain in the butt. 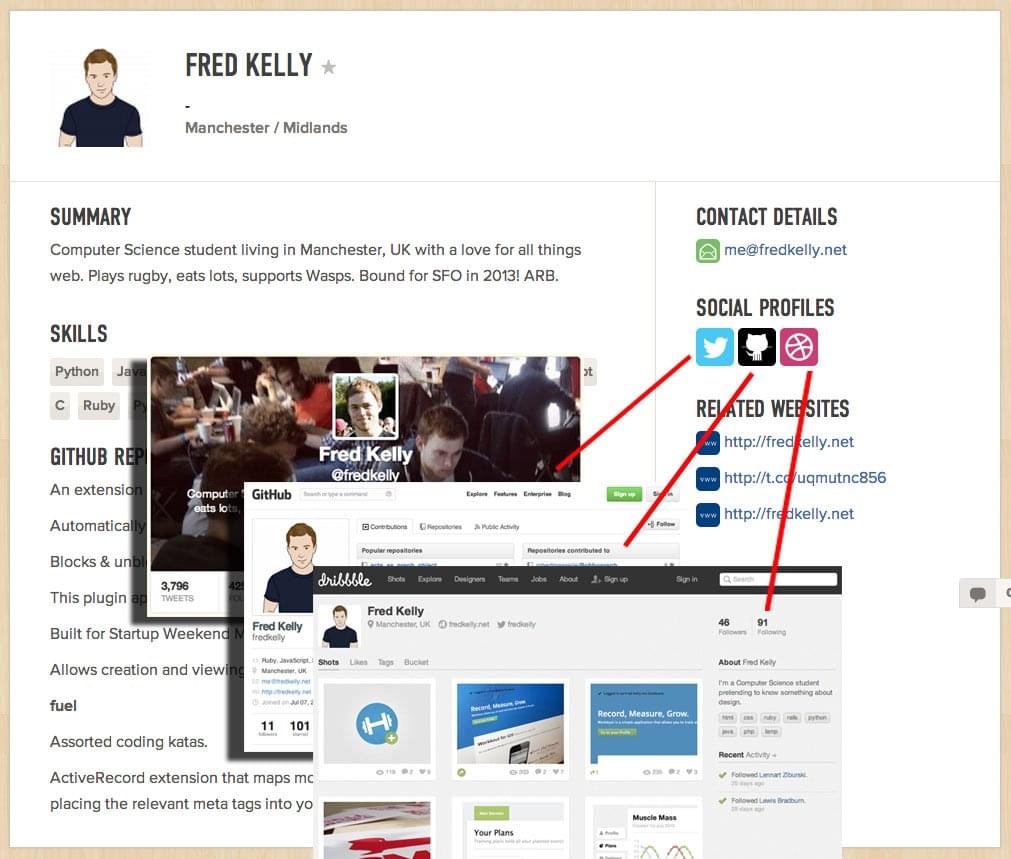 Ok, so this is fairly impressive, but what happens when we re-run the search on both 3Sourcing and LinkedIn using a list of synonyms for Java and Ruby, to expand our results to all possible candidates. The results start to look spectacular! LinkedIn goes from 125 people to 174 people but 3Sourcing leaps from its already impressive 270 results to a staggering 1,514 results! That’s nearly 10 times the number of people on LinkedIn which means that the average recruiter trying to recruit Java or Ruby developers is likely only scratching at 10% of the available candidate pool  if they’re just using LinkedIn. Oh. My. God. If that doesn’t convince you that you need to be using people aggregators, then you shouldn’t call yourself a recruiter.

So what else does 3Sourcing do? Well, to be honest, not a lot more. It allows you to filter by source of data and/ or whether the system has an email or phone number for the profiled candidates (very handy indeed) and you can star people and go back and look at all of your starred people when you want, but that’s it. Nothing else.

Compared to it’s competitors, this is really quite poor. Dice’s Open Web integrates with its Resume Database allowing you to find live, active candidates amongst the social profiles. Entelo highlights profiles that it thinks are displaying “job seeker” behaviours and allows you to set up alerts for your searches. Gild tells you just how good they are at developing open source code in the language they claim to have skills in and TalentBin is an all singing, all dancing CRM tool that does all of these things and more. But here’s the thing, 3Sourcing isn’t trying to be one any of these. It’s stated aim is “Finding tech talent, simplified”. It helps you find them, and that’s about it. Yet, it’s simplicity is its angle, its unique selling point. They have trimmed back all of the features to just search but at that, its very good. And here’s the single most unique selling point, the price. They charge you a trimmed back fee of just £49 a month (for a basic account). It’s competitors start at around £300 per month per user (close to $500). It’s like comparing LinkedIn Basic (free) with LinkedIn Recruiter. If all you want to do is find candidates, go with the free LinkedIn. If you want to really manage your recruitment efforts and engage more candidates, faster, you should go with LinkedIn Recruiter. By carving out a brand new price point within their larger vertical, 3Sourcing have brought profile aggregation to the masses. Try it out now and see for yourself. 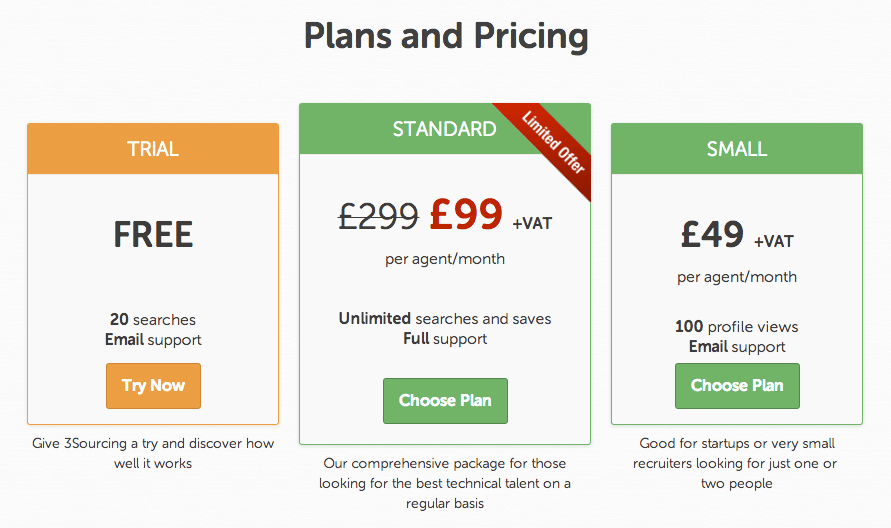 What are the downsides? Well, this is a brand new product from the founders of 3Desk and as of July 2013 it only shows Tech Professionals in the UK. The guys have plans (and the ability) to scale out to other markets and verticals quite quickly, but everyone has to start somewhere. I think we’re going to quickly see 3Sourcing evolve into a web-search front-end for a larger company as the company is so ripe for acquisition so sign-up while you still can folks!