How the Biggest Tech Companies Stack Up on Corporate Diversity 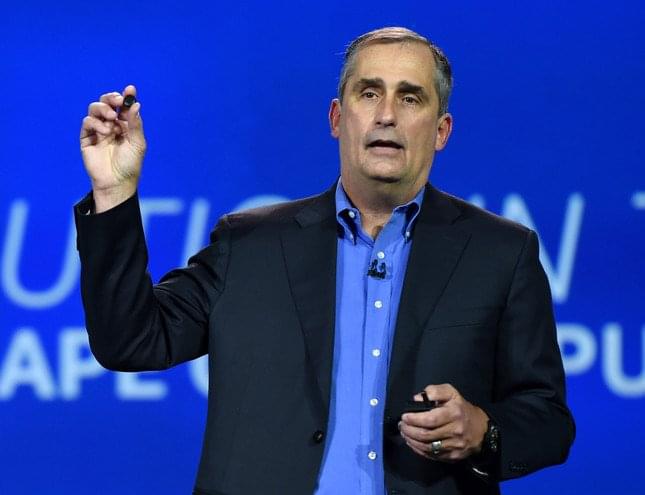 “I’m here to say tonight it’s time to step up and do more,” announced Brian Krzanich, CEO of Intel, at this year’s CES in Las Vegas. And no, he wasn’t talking about stepping up and creating more innovative gadgets, he was addressing one of the biggest problems in the tech industry: workforce diversity.

“It’s not good enough to say we value diversity and then have our workplaces and our industry not reflect the full availability and talent pool of women and underrepresented minorities.” he continued.

We learned last week, that only 11% of Silicon Valley’s executives are currently female, but for years, the major tech companies kept their internal diversity numbers a secret. But after mounting pressure last year, many of these companies finally opted to publish gender and demographic breakdowns. 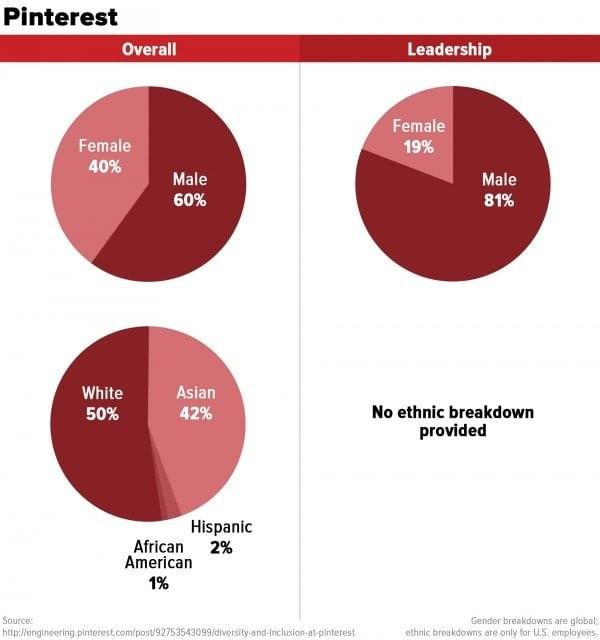 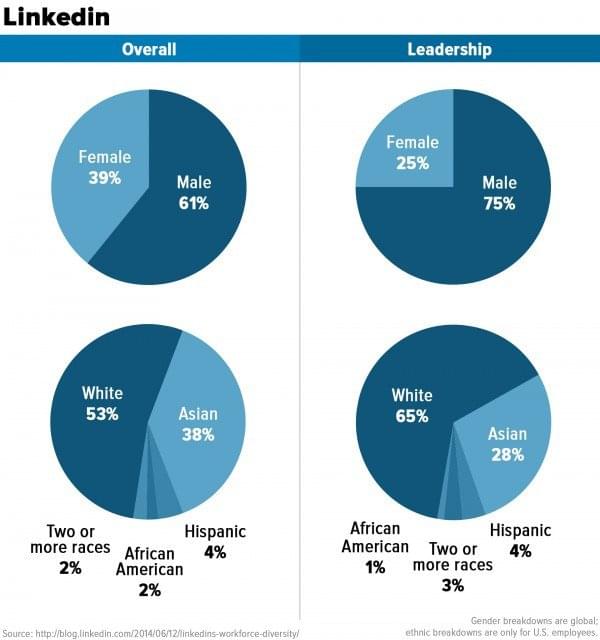 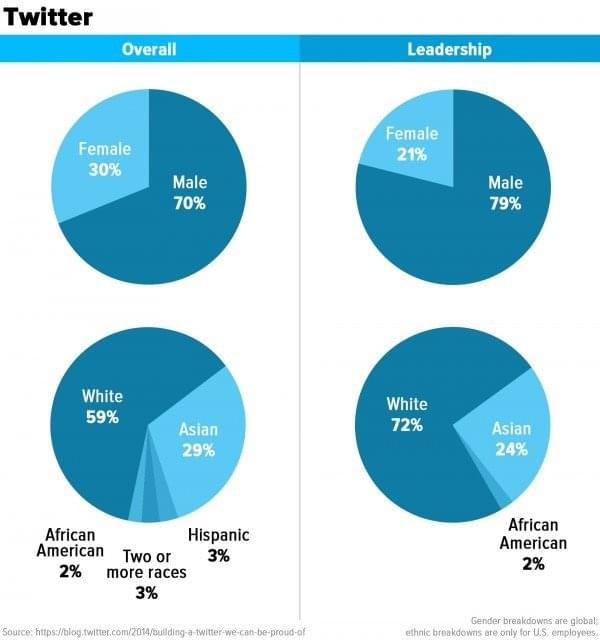 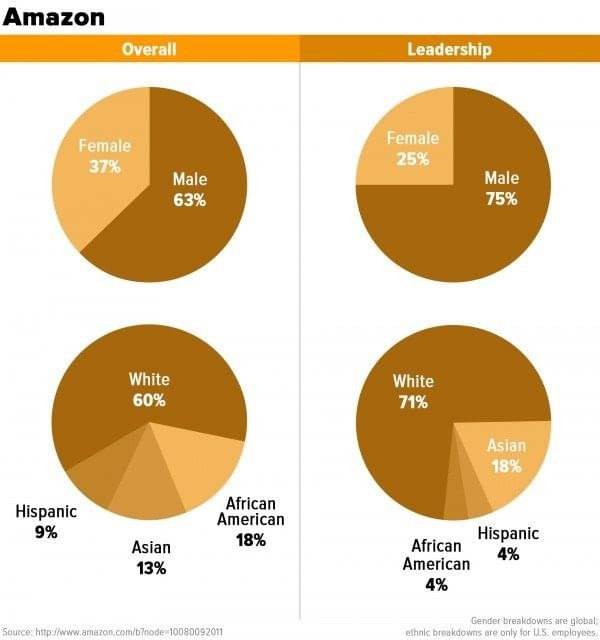 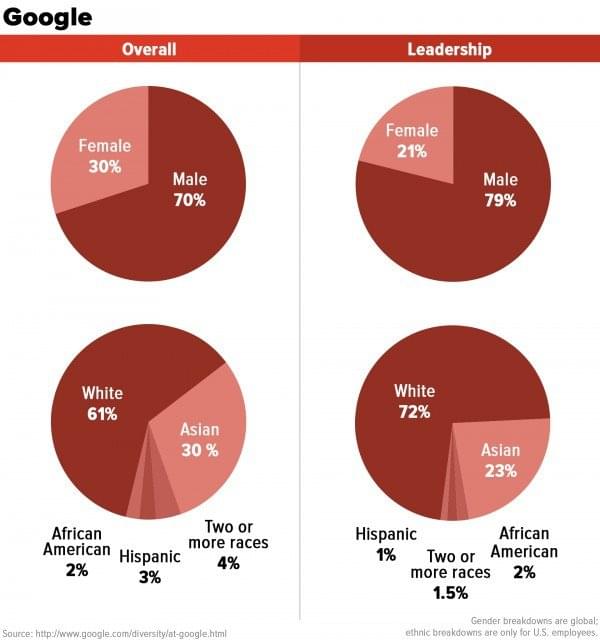 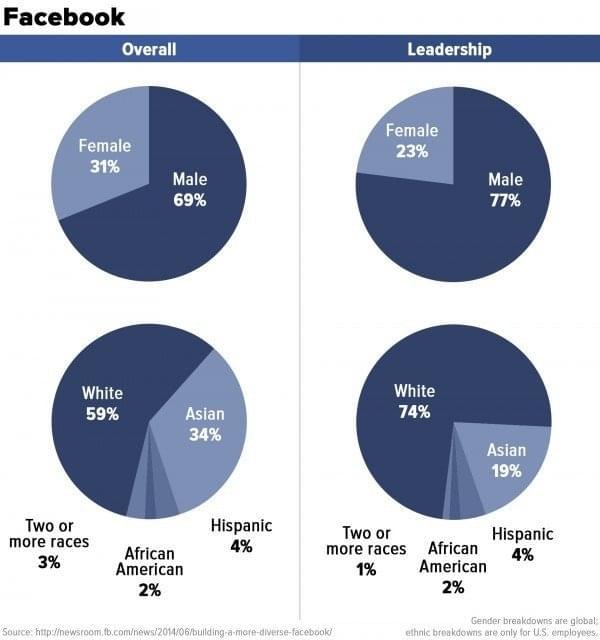 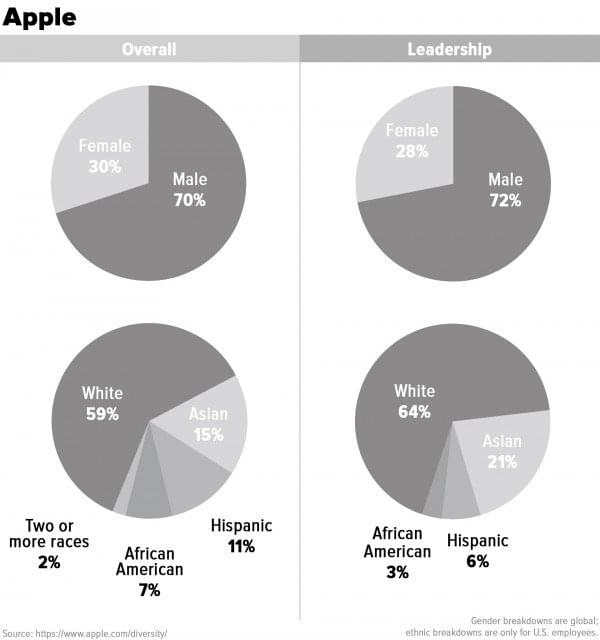 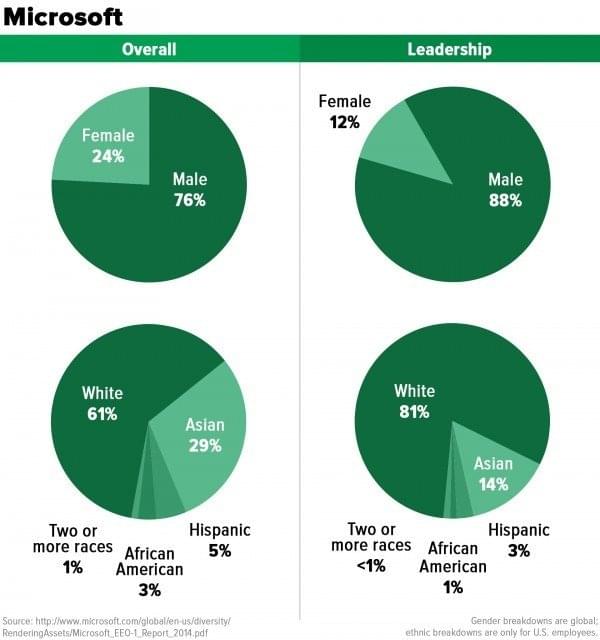 Of the group, Pinterest is closest to having a 50-50 split between male and female employees, but that split falls apart at the management level. LinkedIn don’t fare too badly either. Almost 40% of their staff are female, and 25% of management level staff are also female – the second highest number of all 8 companies surveyed. But in terms of ethnic breakdowns, white employees remain the majority at each of the companies, accounting for 60% or more of total employees at Microsoft, Google and Amazon.

How to you think technical recruiters should be tackling this issue? Let us know in the comments below. 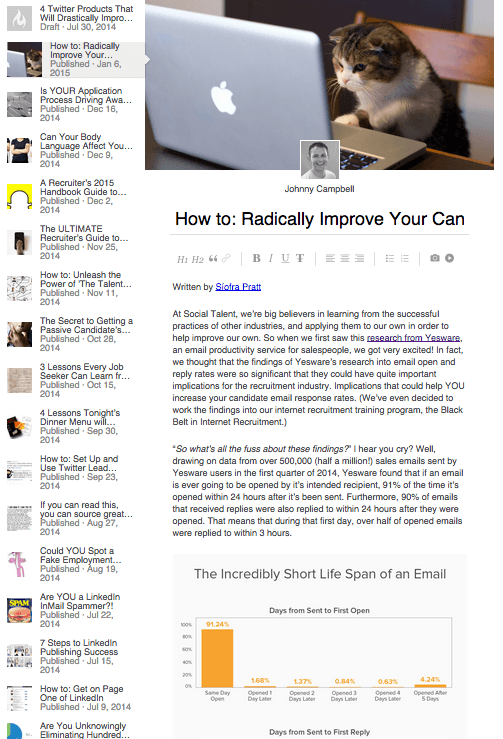 Last year, LinkedIn decided it was high time they gave every LinkedIn member in the US (and those who requested access, like me) the ability to publish posts on LinkedIn. Well, they’ve just reached one million posts from everyday professionals and as a result they’ve decided to expand the ability to publish on LinkedIn to all members in English-speaking countries. That’s an impressive 230 million people across globe.

LinkedIn also mention that in the coming months, all of their members will have access to their publishing platform and will be able to post in the languages currently supported by LinkedIn.

So, if you’re looking for some blog topic inspiration, you can find our published posts here.

The Rise and Rise of Glassdoor: Site Receives $70 million in Funding

As RecruitingDaily.com reported, the rise of cloud computing and SaaS, the relatively low barriers of entry and overhead costs, the opportunity to monetise and disrupt the recruiting and HR technology market hasn’t escaped the attention of investors eager to cash in on the trend. In fact, funding levels within the sector are beginning to reach heights not seen since the days of the dot com boom. Why, in 2014 alone, an estimated $429.1 million of new funding went straight into the HR and recruiting software market through Q3 – continuing a trend of increased cash flow into the sector since it’s recessionary low in 2010.

It’s not surprising then to hear that Glassdoor, the world’s most transparent career community, have just raised $70 million in a new financing round led by Google Capital – the first major funding announcement of the year.

Yes, in a strong show of confidence, based on the evolution of Glassdoor over the years in terms of it’s growth and effectiveness in helping job seekers and employers connect, Google has put it’s money where it’s mouth is. And why shouldn’t it? The site’s community now has a population of 27 million members across more than 190 countries, and site traffic has grown from 14 million unique users a month last year to 20 million unique visitors this year.

So what’s new and what’ next for Glassdoor? 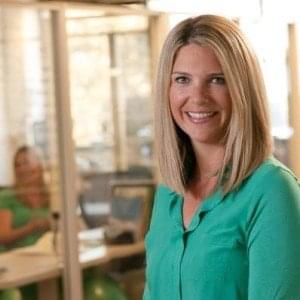 “We are very excited about this new round of financing because it will allow us to propel our mission, which is to help people everywhere find a job and company they love. The additional capital will help further position Glassdoor as one of the largest jobs and recruitment platforms in the world.” says Samantha Zupan, Director of Communication at Glassdoor.

“We’re on a great trajectory with 50 ‚¬€œ 150% growth across all major metrics and we want to keep firing on all cylinders.” “This capital gives us important flexibility to continue investing in growth areas and expand our global footprint. Glassdoor has launched in the UK, India, Australia, Canada & France; but we have considerable runway as we have only scratched the surface of the opportunity in the U.S. and overseas.”

And what do Glassdoor base their success on? Well, Zupan believes the key to their success is that they “provide a vast array of user-generated content to give people an inside look at what it’s like at a particular company and combine it with the latest job listings. In turn, this provides employers with a highly engaged community in which to recruit from.”

And the results of that success, speak for themselves. Several companies have enjoyed increased hires and applicant quality including Esurance who made 19 critical corporate hires at $500 cost per hire; Groupon who doubled their applicant quality; VMware who made 20 hires in the highly competitive tech scene; and Jobvite who increased the size of their candidate pipeline to 11 times it’s original size within just 6 weeks of using Glassdoor.

Who do you think will be next to receive funding?

*For the full interview with Samantha Zupan, click here and to read more of Glassdoor’s customer success stories, click here.

We reported back on November 17th that video views from Facebook had exceeded views from YouTube on desktop, for the first time in both platforms’ lifetimes. In fact, according to ComScore, Facebook delivered nearly a billion more views than YouTube in August 2014 on desktop. And Facebook’s most recent acquisition would appear to prove that the company would like that trend to continue.

The social network announced Thursday that it has acquired QuickFire Networks, a video infrastructure startup, as part of its continued effort to expand and improve the video experience on site, with a Facebook spokesperson saying Video is an essential part of the Facebook experience.” “We are excited to bring QuickFire Networks on board as we continue delivering a high quality video experience to the over 1.3 billion people who use Facebook.

Facebook has doubled down on video in recent months ‚¬€ as you probably noticed during the Ice Bucket Challenge last year ‚¬€ in an effort to ramp up video ad revenue and perhaps attract more TV ad dollars. It now serves more than 1 billion video views a day on average.

The acquisition comes at a time when the online video space is heating up. YouTube is courting top creative talent and Twitter is expected to launch a video product of its own in the near future. Any leg up in the user experience could be crucial, which may be what Facebook hopes to gain from its latest acquisition.

And it could all mean big things for you and your Employer Branding efforts too. After all, in a recent survey by SoftwareAdvice.com, a recruiting technology research firm, 35% of job seekers said they were more attracted to job ads with videos and this series of humorous employer branding videos from Deloitte New Zealand for their graduate program, have impressed candidates, recruiters and marketeers worldwide.