Extra, extra! Read all about it! The results of Dice’s 2015 tech salary research have been revealed! And it’s vitally important that all tech recruiters sit up and take note, as the findings of this research will help you set salary ranges for specific tech positions, identify which skills require premium compensation and hire in-demand tech candidates with a solid negotiation plan. 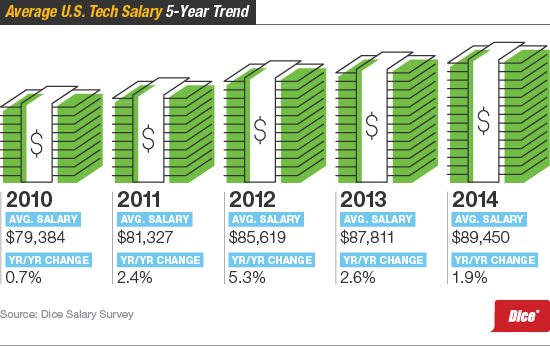 Dice suggest that each and every one of these differences should be accounted for as tech recruiters move forward in 2015 with [their] salary benchmarking and compensation negotiations. These findings add further proof to that fact that today’s market is a very much a candidate-driven one, and any recruiter foolish enough to ignore that fact would find themselves pacing very few candidates indeed.

Twitter to Add Native Video in First Half of 2015 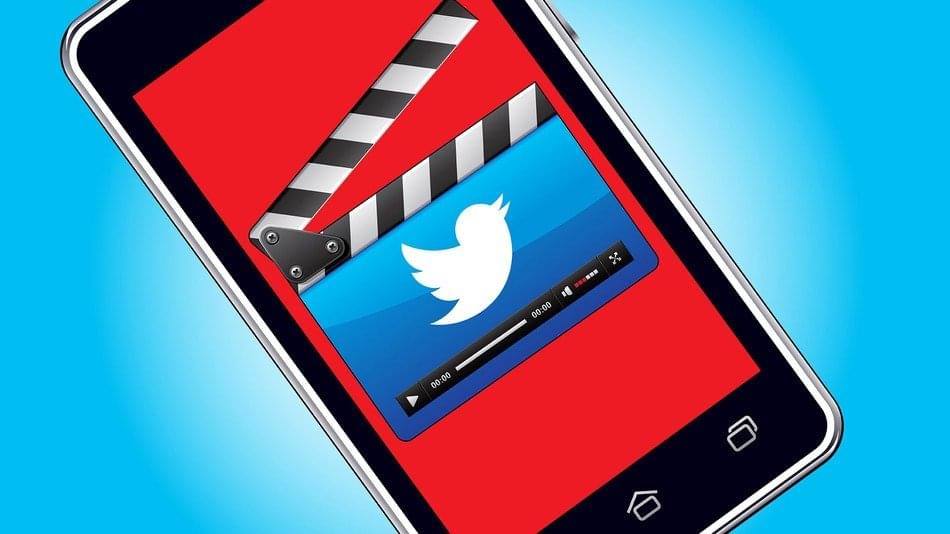 Back in November 2014, Twitter announced that it would be launching a native video service in the first half of 2015 as part of its bigger strategy to position itself as a media platform. Now some more details have been uncovered about how this will work.

The Twitter Video Player (which is rumoured to be happening a lot sooner than you might think) will host videos of up to 10 minutes with no limit on file size, initially supporting MP4 and .mov files. There will be no ability to edit videos or schedule them within the player ‚¬€ at least in its first iteration. But users will have some control over how the video is presented to users in timelines by way of a customised thumbnail.

Pointedly, the Twitter Video Player will not support videos hosted on YouTube or anywhere else, just those on its own service – which could spell trouble for YouTube if the title of Joe Pulizzi and Robert Rose’s latest podcast “The YouTube Killer is Not Facebook, it’s Twitter” is to be believed! Video has proven to be one of the more attractive formats for keeping users engaged on sites for longer. Take Facebook for example, who surpassed YouTube for video plays on desktop back in late 2014.

The move to expand Twitter’s video offerings comes at an interesting time for the company, and for the wider market for streamed video. For Twitter, the company has been pushing hard to find formats that bring both more viewers, and more premium advertisers, to its platform. The decision to forbid use of YouTube videos is an interesting one, and points to how Twitter is hoping to build up its own video inventory ‚¬€ making ads alongside those videos far more commercially lucrative, and positioning Twitter much more as a platform in its own right.

Videos will, of course, be tweetable from the Video Player’s dashboard, but scheduling will not be possible at this time. With an eye to commercial partners’ use (and recruiters if you think about it) of the tool, Twitter notes that those video Tweets can either be sent immediately to all followers, or can be hidden from your followers and used as part of a Twitter advertising campaign. This opens up quite a few employer branding opportunities. Especially when you consider the fact that Twitter will be offering users analytics on how their videos are doing, by tracking things like video starts and quartile completion rates (tracking whether people have watched 25%, 50%, 75% or 100% of the content).

How will you use the Twitter Video Player when its released to the wider public? Let us know in the comments below. 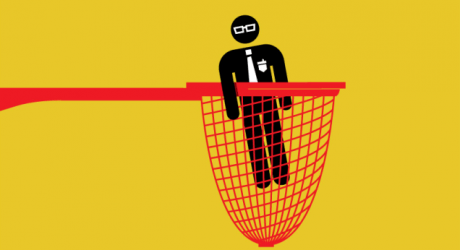 A $415 million settlement proposed by 4 tech giants could become one of the biggest anti-poaching awards if a federal judge approves.

Yes, Apple, Google, Intel and Adobe Systems agreed to the amount in a court filing last week. A previous offer of almost $325 million was rejected last summer by the judge in the class action case, which was filed in 2011.

The alleged conspiracy began in 2005 and continued until the U.S. Justice Department opened an investigation. In 2010, Adobe Systems, Apple, Google, Intel, Intuit, and Pixar agreed to a settlement that didn’t require any payments or admission of guilt, but prohibited the companies from entering, maintaining or enforcing any agreement that in any way prevents any person from soliciting, cold calling, recruiting, or otherwise competing for employees.

Then, in 2011, the class action suit was filed, which claimed the anti-poaching agreement  not only was a violation of anti-trust laws, but also artificially suppressed wages. Apple’s deceased founder and CEO, Steve Jobs, has been cited as the orchestrator of the agreement.

Although the companies maintain they did nothing wrong, 3 of the defendants ‚¬€ Intuit, Pixar Animation Studios, and Lucasfilm, which was not a part of the Justice Department action ‚¬€ settled for $20 million in 2013.  Federal District Court Judge Lucy Koh rejected as too low a  $324.5 million settlement offer by the 4 bigger companies, saying it was outside the range of reasonableness. At the time, she suggested an amount of at least $380 million.

If the judge approves, participants in the suit could receive about $5,200 each after attorney fees.

It’s official. Twitter is adding a feature designed to recap tweets you may have missed while not using its app.

What doe that mean? Well, the feature means that instead of showing just a chronological list of most recent tweets, the iOS app’s feed will also display the top tweets since the last time the app was opened, based on an algorithm that looks at engagement and other user habits.

“While you were away” was first announced in November of last year and initially rolled out earlier this month. According to the company’s announcement, the aim of the new feature will be to dig up top tweets that would otherwise have been lost among the flood of new posts.

The move towards this type of algorithm is not unlike Facebook’s news feed which curates posts based on their user preferences, but unlike Facebook’s constant need to show you things you’ve already seen, frequent users of Twitter’s app will see very little of this new feature.

“If you check in on Twitter now and then for a quick snapshot of what’s happening, you’ll see this recap more often; if you spend a lot of time on Twitter already, you’ll see it less,” the company’s blog post said.

As we mentioned earlier, right now the new feature is only available for iOS users, but Twitter says it will be expanding the rollout to Android users and the desktop site soon.

P.S. We think the new feature will be just perfect for those worried about missing out on any of the sourcing knowledge, recruiting wisdom, industry experience and workplace humour of the 11 Twitter Accounts EVERY Recruiter Should Start Following in 2015. 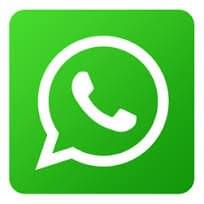 WhatsApp announced last Wednesday that it has finally introduced the option to use it’s messaging service on your web browser. There are some limitations to it’s new web usage however, as for the moment it only works with Google Chrome and it doesn’t work yet with iOS devices due to (what WhatsApp are calling) Apple platform limitations.” As a further limitation, WhatsApp’s web chat only works as long as your phone remains connected to the Internet, so before when using the dodgy WIFI connections on public transport.

To take advantage of the option, WhatsApp users must open up the following Google Chrome extension – https://web.whatsapp.com/ – and then scan the QR code (we know, that’s so 5 years ago!) to pair your device with the web client. Or just scan it from here (we like to make things as easy as possible): 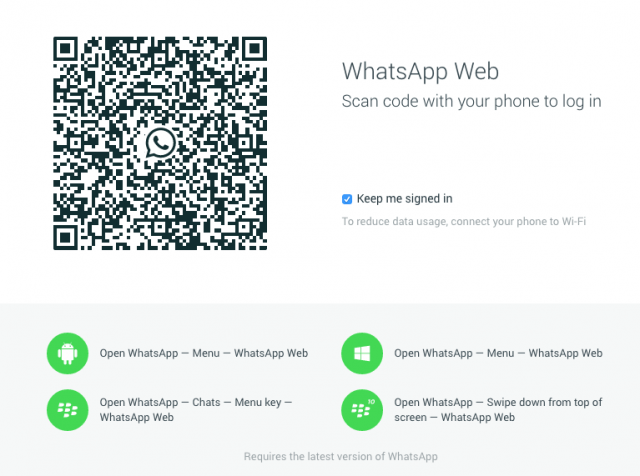 But despite the hoops you have to jump through in order to get it, we’re envisaging good things to come with WhatsApp and it’s usefulness in the recruitment space. It was reported in the 2014 Global Sourcing Survey, that 7% of Sourcers worldwide were already using WhatsApp to communicate with candidates. The possibility for growth in 2015 with the release of this update looks strong. We say, watch this space!

We all know that some of our candidates can be guilty of smearing a thick layer of buzzwords onto their LinkedIn profile, their CV and their cover letters, but are recruiters just as guilty?

It would appear they are! Following a study of talent acquisition professionals carried out on the networking site, LinkedIn have released the top ten overused phrases on recruiters’ profiles with eye-rolling words like motivated, strategic and driven all making their way onto the list.

LinkedIn spokesperson Richard George, commented: Recruiters spend a lot of time advising others on how to best present themselves as attractive candidates. This list turns the spotlight back on recruiters, and hopefully provides some useful insights into how they can stand out from the crowd as they think about their own next move.

Recruiters, you should feel ashamed!

The long-term benefits of hiring with culture in…

A company’s culture refers to the shared set of values, goals, attitudes, behaviour…