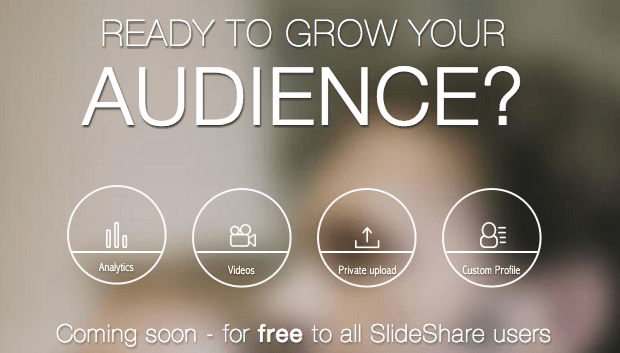 As part of this effort to make more features available to more people, SlideShare say they will be “discontinuing some smaller features” in order to invest their resources towards creating “even better experiences for you on SlideShare“.

What the change means for you:

25 days – that’s the national average for how long it takes to fill an open potion these days, and is the leggiest job vacancy period since 2001 (13 years ago). 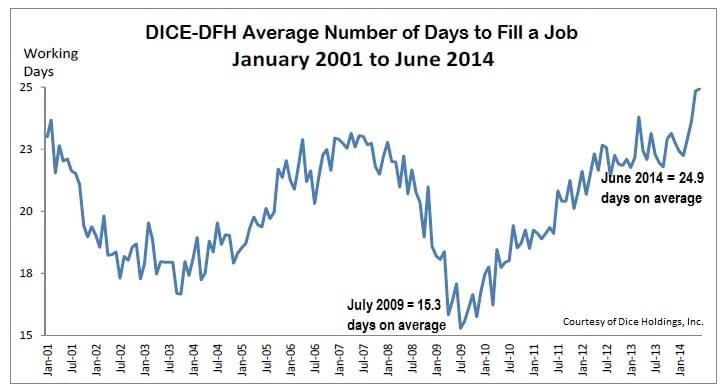 In the report, produced by Dice Holdings Inc., it was shown that on average it took 24.9 working days (Monday – Saturday) in June to post, source, and eventually hire a new employee. That’s a whole 9 days longer than it took back at the height of the recession in 2009! With jobs in the Information sector (which includes the notorious tech industry), and the Financial Services sector vacant for the longest periods. And the hiring delay is longest at the US’s largest companies (those with 5,000 employees or more), where the time it takes to fill a job is 58.1 working days. 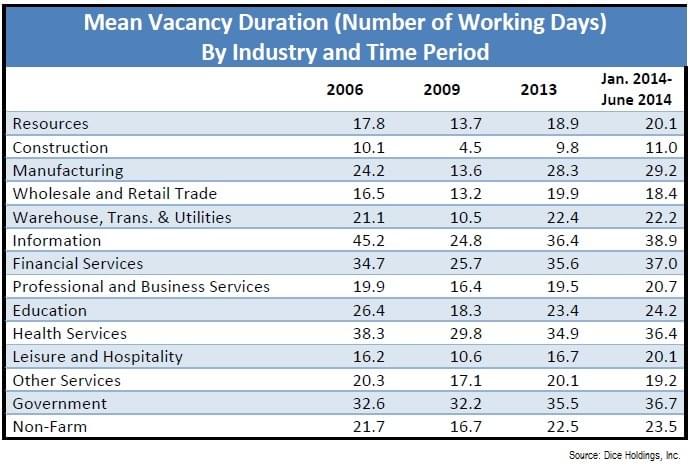 The HR software vendor, Hireology, have just received an infusion of $10 million in venture capital from Bain Capital Ventures (the company who have provided capital financing to both Taleo and LinkedIn in the past). Mike Krupka, Bain managing director, noted the recruiting-specialist firm, founded in 2010, grew from a promising start-up into a major player in the HR technology field, providing easy-to-use talent management technology to organisations that previously did everything manually and that Hireology has “strong growth potential“.

The investment will help the company expand beyond its initial focus on franchise operators and some service firms with large numbers of small locations. Hireology CEO and co-founder Adam Robinson has said the company has already begun to pursue retailers with small shops in multiple locations, auto dealers and real estate agencies.

The 10 Hottest Cities for Tech Talent

And nope, the number one spot does not go to San Fran/Bay Area! In fact, the top four cities attracting LinkedIn members with tech skills are in India. 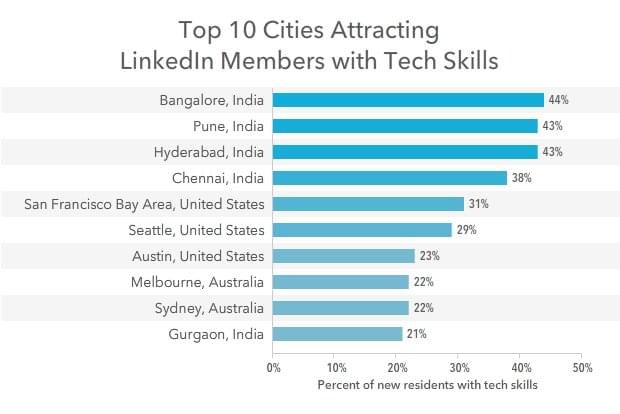 And to give you a scale for just how popular these cities are amongst tech talent, consider this: for the 52 cities that LinkedIn analysed for this list, the median percentage of new residents with tech skills was 16%, or 1 in 6. And for the Indian cities in the top 10, that number was more like 1 in 3.

The 3 Most Popular Skill Categories of the Migrating Tech Talent are:

LinkedIn’s survey also revealed the 10 cities that attracted they smallest percentage of tech talent, and they are as follows:

Thinking your employer branding efforts could do with a bit of a boost? well, Vine’s new camera should make things a little easier for you.

The new camera offers “powerful ways to edit your videos as well as the ability to import existing videos on your phone and turn them into Vines. Simply put, this release gives you total creative freedom” all in one app. 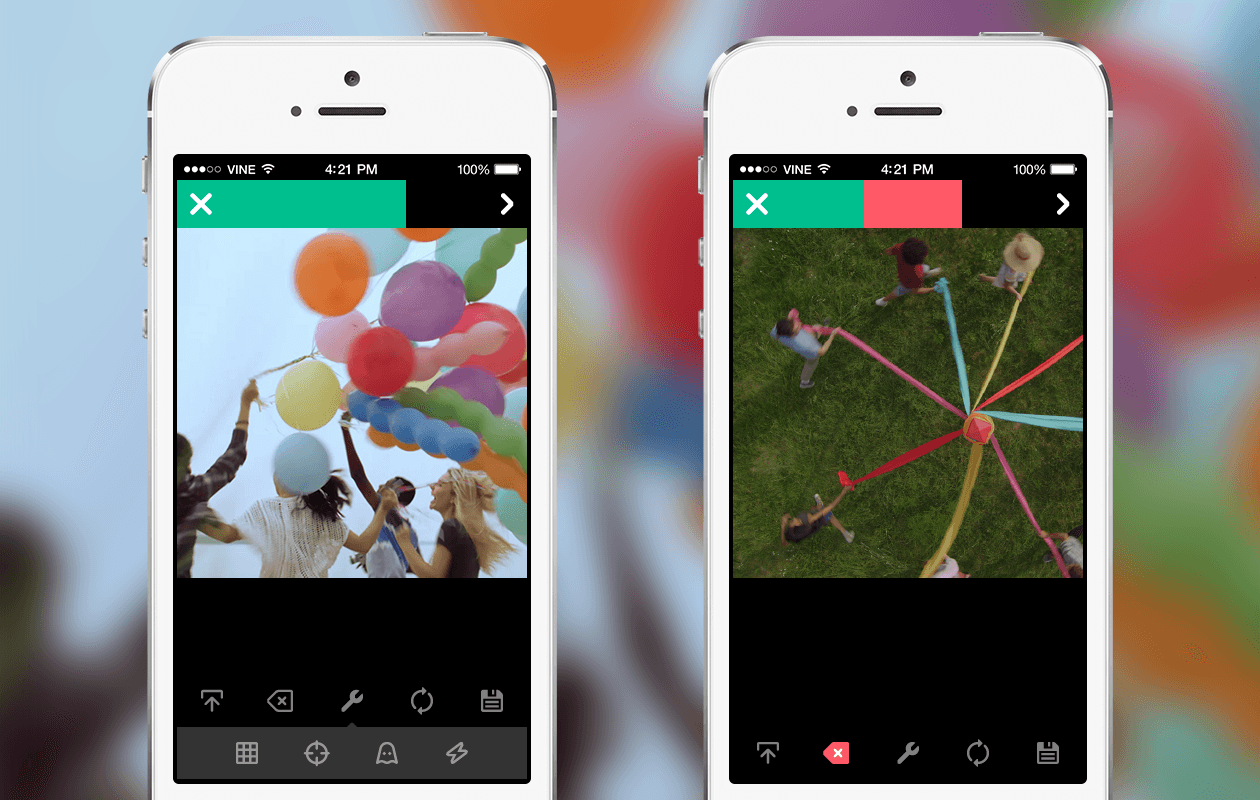 More than 100 million people watch Vines across the web and there are more than 1 billion loops every day, so the employer branding opportunities open to you are huge!

Give the new camera a whirl by downloading the latest version of Vine for iOS here, and stay tuned for the upcoming Android release very soon. Dipchand “Deep” Nishar, a LinkedIn senior vice president who helped the professional social network expand internationally and on mobile devices, is resigning to pursue a chief executive post, according the to the Wall Street Journal.

The man credited with helping “transform” the company, particularly through new products, will see his resignation effective as of October 3rd, but according to Nishar’s LinkedIn page, he will remain an adviser to the company going forward.

LinkedIn had 30 million members when Niskar joined the company back in 2008. Today it has about 313 million. Among his achievements with company, helping redesign the look of the LinkedIn home page is included, as is guiding its mobile strategy and helping its expansion into places like China, where it has “made a big push” LinkedIn have said.

In a LinkedIn post entitled “Next Chapter”, Nishar has said he “looks forward to the possibilities that the future holds,” and hopes for a “three-peat” at another successful startup. “Or, as my cricketing buddies would say, a ‘hat-trick,’ ” he added.

LinkedIn have no immediate plans to hire a successor.