7 of The Best Sales Movies of ALL Time! 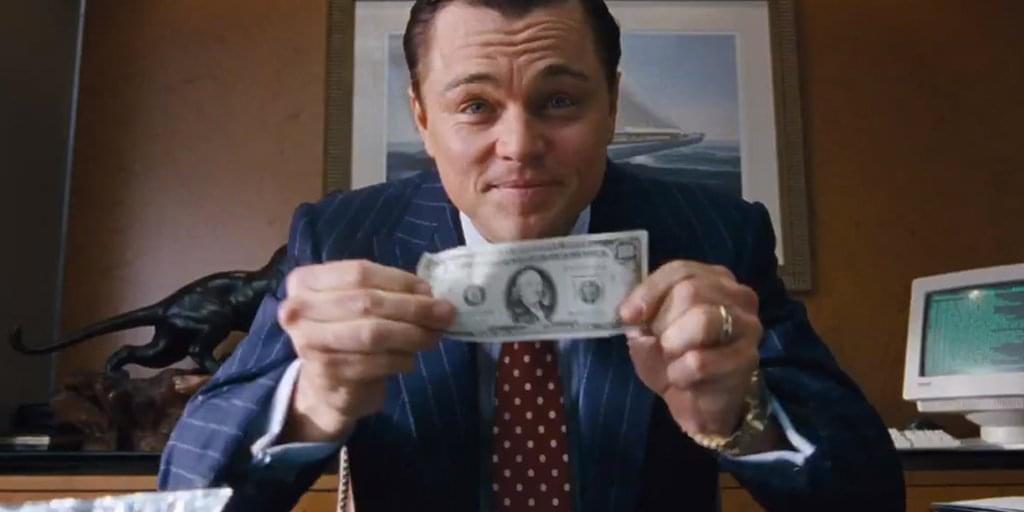 Sit down all you salespeople, and for once, take a well deserved break. Today we take a look at some of the best sales films ever to appear on the big screen. They’ve got sass, they’ve got grit and they most definitely have some straight talking action! Looking for inspiration to liven up your sales pitch? Or maybe you just want to jazz up your bad-ass attitude. Well then feast your eyes on a few of these bad boys to get you in the mood. Enjoy!

Chances are you’ve seen this Scorsese gem, and if you’re a sales person, then you’ll definitely dig this. Leonardo DiCaprio, plays Jordan Belfort, as he works his way to the top of the Wallstreet brigade. DiCaprio perfectly illustrates Belfort’s insane sales skills, as well as the crazy antics that wen on in his life. I’ve no doubt that you’ll be chuckling yourself through this box office hit.

Brad Pitt plays Billy Beane, the general manager of the Oakland Athletics in this baseball classic. Beane rids of the old-school methods of drafting players, bring in his smart new methods on a tight budget. Beane successfully outsmarts his competitors throughout, something that would later go down in history. Definitely recommend this one!

3. The Pursuit of Happyness

The Pursuit of Happyness outlines the real struggle of a sales person and will no doubt bring a tear to a few eyes. Based on a true story, Chris Gardner, played by Will Smith shows the struggles of a homeless salesperson as he attempts to rare his child and hold down his place in a brokerage firm. The film earned an impressive $300 at box office and Smith even bagged himself an Academy Award.

Larry (Kevin Spacey), Phil (Danny DeVito) and and Bob Walker (Peter Fancinelli) play rookie salespeople as they struggle to make ends meat at a industrial lubricant manufactory. The three look to pitch to The Big Kahuna in an attempt to save their company from bankruptcy. A definite favourite amongst salespeople!

Imagine being made a millionaire over night? Well it all becomes reality in Boiler Room! 20 something con artists swindle their way to millions as the coax prospects into buying fake bonds. In return, they are gifted with Ferrari’s, mansions….the life! Again, this film was inspired by Jordan Belfort.

Another 1980 Wall Street classic, where Bud Fox played by Michael Douglas does everything in his power to get to the top. Fox, a stockbroker, coaxes corporate raider Gordon Grekko into giving him inside information. Fox wastes no tine in questioning Grekko’s loyalty when things get sour. Great watch!

Sometimes, they leave the best until last. “Shoooooow meeeee the moneyyyyy”. Let me help you by pointing you in the direction of crazily good film, where Jerry Maguire makes himself a big bag of cash. There are some definite quotes to take away from this one.