How to: Actually Engage Passive Candidates (As Proven by Science) 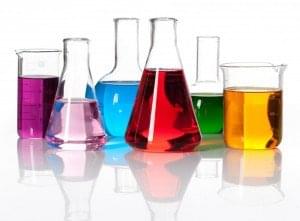 Finding potential candidates is getting much easier. Tools like Sourcehub (plug plug!), Entelo, OpenWeb, the myriad of custom search engines out there, LinkedIn Recruiter… these tools are giving recruiters the people. Some more efficiently than others, of course.

Herein lies the trick: just how do we engage a person we found (randomly, let’s face it) online to becoming an applicant for the req we’re hiring for?

Many tools that search databases try to differentiate themselves by selling recruiters a way to contact these potential candidates. Anyone can sell you an email address. Any good sourcer can find it for free. A great recruiter will just call them. So why are engagement rates continually falling, instead of increasing? How can recruiters find hundreds of “perfect” potential candidates, only to have to work even harder to get just 5 of them onto a shortlist?

The problem is our expectations. We are told by LinkedIn that the average response rate to InMails is between 20 and 25 per cent. Recruiters told us at Social Talent, for our Global Sourcing Survey last year, that their average response rate was mainly between 20 and 40%. The job of a recruiter only gets harder when potential candidates don’t engage. How many potential candidates must you reach out to in order to get 5 applicants? 100? 150? How exhausting, and what a waste of time!

As a recruiter who achieves a response rate of around 25%, you will be congratulated and praised, because that is what we are told is good. Brutally, I am here to tell you that that’s actually not a very good response rate at all. Let’s flip this on its head. For just 1 in 4 people to get back to you, that means that you failed to engage 3 in 4 people that you contacted. How does that sit with you?

I want to tell you a story. Not mine, it’s robbed completely from Think Like a Freak by Stephen Dubner and Steven Levitt of Freakonomics (read the excerpt here from The Guardian).

A slim, 5′ 8″ Japanese student called Takeru Kobayashi (known as Kobi), in 2001, entered the Nathan’s Famous Fourth of July International Hot Dog Eating Contest in Coney Island, where contestants were charged with eating as many hot dogs (including buns!) in 12 minutes for a $5,000 prize. The record stood at 25 and one eighth hot dogs in 12 minutes, set by fellow Japanese-man Kazutoyo Arai in 2000. Kobi was the under(hot)dog, having arrived to the contest as a complete unknown. A fellow contestant commented that Kobi’s leg was thinner than his arm! What happened? Well, Kobi wiped the floor with the competition, and ate 50 hot dogs in 12 minutes. Kobi had trained for a few months before the contest, practicing his game. He found that if he ate the bun separately to the hot dog, dipping the bun in water, he could eat the hot dog and bun super fast. Whereas the other contestants all ate in a similar fashion, picking up the whole hot-dog-bun combo like they would normally, and try and shove as much of the thing in their mouths as they could. Not Kobi. He came up with a tried and tested method that worked and blew the expectations out of the water. Kobi won for the next 5 years, eventually reaching his peak with 53 3/4 hot dogs in 12 minutes.

Since reframing the success metric, the competition has seen the number of hot dogs eaten (in a shorter time now, just 10 minutes since 2010) to a whopping 68 set by Joey Chestnut. Puts that hard-won 25 and 1/8 record to shame, doesn’t it?

The lesson? Stop thinking that 20% or 25% is the most you can get. Think outside of the box, push your boundaries! How about a 65% response rate? Now that is successful! 100%? Maybe unrealistic, but certainly not unachievable!

Let’s look at the science and data behind each one.

1. Did they receive my email successfully? & 2. Did they even open it?

Stop relying on the fact that you haven’t received a bounce-back mailer demon email as confirmation that they 1) received your email successfully and 2) have opened it.

There are many tools out there which will inform you as to whether or not your email was opened at all. And I don’t mean requesting a “Read Receipt”. How 1990!

Sidekick by Hubspot (works on Outlook, Gmail and AppleMail) is our favourite here at Social Talent. Tracking your email and giving you real-time alerts in your Chrome browser that your email has been opened, link clicked on, how many times it’s been opened, from what kind of device and where abouts in the world. Exactly the kind of information that is really useful to us recruiters – opened it 16 times in the last day? They’re interested but are probably agonising over getting back to you, so you know to follow up quickly. Opened it from a mobile phone on the French Riviera? They’re probably on vacation, don’t expect a response for a week yet and maybe hold off on your follow-up till then. Information is power.

Other mail tracking tools that we rate highly are Yesware, MailTrack and Contact Monkey (all only available for Gmail).

3. How likely are they to respond, given how busy their inbox may be?

Below are the results from an extensive Yesware study of half a million emails sent over a 3-month period. What they found was that the lower the competition for viewer attention for their emails (in other words, when the fewest number of emails were received in a person’s inbox) resulted in a higher reply rate. Those times of day were between 6 and 7am, and around 8pm as well.

Yesware: Best Time of Day To Send an Email

Think about it: you probably use your phone as your alarm clock. When you turn it off, you read your notifications and you check a) Facebook, b) Twitter, c) LinkedIn d) Instagram and e) Email (probably in that order!) while you prepare for throwing yourself out from under the warm duvet. Yes? Your potential-candidates-email-recipients are the same.

I’m not proposing you get to your office for 6 am and send your email then. No. Use your time productively. In Outlook, you can set your message to deliver at a specific time.

In Gmail, you can use tools like Boomerang to send your email at a scheduled time.

4. Are they open to discussing a new job?

According to the LinkedIn Talent Trends 2014 Report, only 15% of people surveyed said they were perfectly content and didn’t want to move jobs. That leaves 85% of others who are open or are actively willing to speak with a recruiter. So chances are, 8 in 10 of the people you reach out to are happy to have a chat with you, not the other way around.

5. Is my offer appealing?

You want them to hear your offer and go “Yeah! Count me in, here’s my resume!”. Fat chance. The below Decision-Making Process funnel is fairly standard, but is a useful illustration for how a potential candidate will have to think when they read your email about a job. 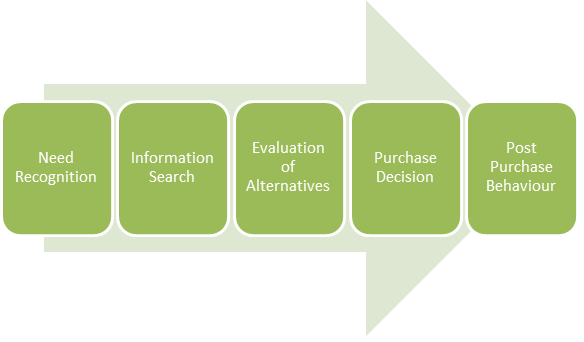 Think of your email as the “Need Recognition” (or Making the potential candidate aware this job even exists) stage. This may trigger “Information Search”, where the potential candidate goes about gathering information about the company (review sites like Glassdoor, asking people they know, searching the web in general), and then “Evaluating Alternatives”, where they then hear about similar companies who are hiring people like them too. If they think, “Yep, I’d like to be considered for this job, throw my hat in the ring please!”, they’ll make their “Purchase Decision” and get back to you. Think of “Post-Purchase Behaviour” as them spreading the word, their feelings now they’re in the recruitment process and how they feel they are being treated, etc.

What I am asking is, Why are you asking them to change jobs based on your one, initial email? This is the common objective amongst so many recruiters, and also why their response rate is so poor. 4 in 5 people will read your email and go off on a two-week long thought process deciding whether or not to change their job.

If you instead reach out to a potential candidate with the aim of setting an appointment to talk, you will fare much better. Getting them to accept your offer (to talk) is back at the beginning of their decision-making process and here, is easy to say “Yes”. From there, you can qualify the candidate, and if right, sell them the role.

Recruiters, it is up to you to drive your success with engaging prospective candidates!

Start by changing your frame of “What is success?”, and look at the data. I recommend, wholeheartedly, that you do some further reading. If you have time, read these three texts: Daniel Pink’s Drive: The Surprising Truth About What Motivates Us; Chip Heath and Dan Heath Made to Stick – Why Some Ideas Survive and Others Die; and Daniel Kahneman Thinking Fast and Slow – to learn how to get your message across that will honestly resonate with another person so as to get them to consider your idea.

We have written about this numerous times before as well, as have others. Here’s a blog we wrote about “8 Simple Steps to Improve the Return on your Passive Candidate Approaches“; a blog by Meghan Maher of OpenView Partners on our 6 Tips to Triple Your Candidate Response Rates; and a fantastic blog by Andy Headworth Stop Relying on LinkedIn InMails and Use These Contact Methods Instead.

What’s been your experience? How do your response rates compare, and what are you doing differently? Let us know in the comments!