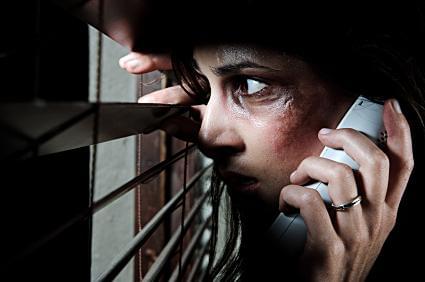 Recruitment has come a long, long way in the hundreds of years that it’s been in existence. Today, we worry about getting the candidate experience right and how we, the recruiters and employers of the world, shape up in the eyes of potential candidates everywhere. We do our level best to ensure that our company does all it can to entice the best talent and secure the most exemplary employees. But it hasn’t always been that way.

Recruitment has a dark past, sometimes a very, very dark past.

So, as it’s All Hallows Eve we thought we’d dive into the often terrifying world of former (and some current) recruitment methods. Are you ready?

The oldest and most horrific form of recruitment has to be slavery – the system under which people are treated as property. 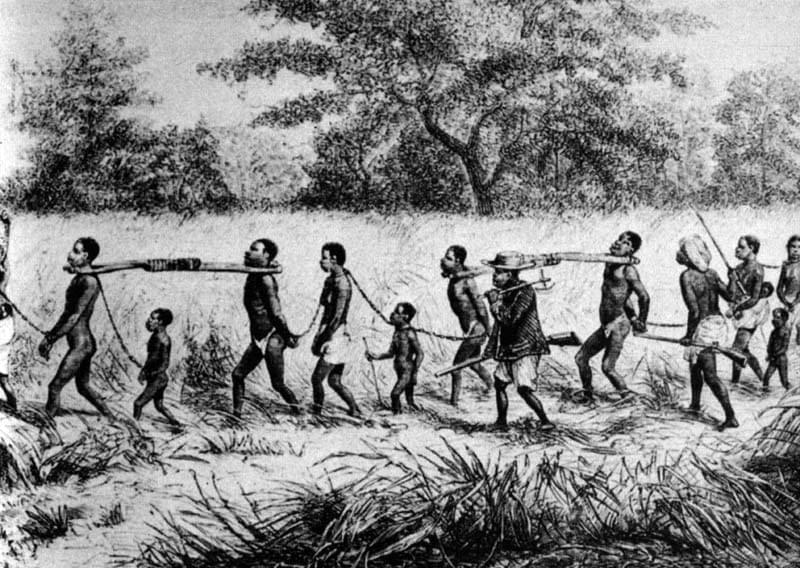 Although slavery is officially illegal in all countries, historically, slavery was known in almost every ancient civilisation and institutionally recognised by most societies. Many slaves were forced to work against their will under threat of violence or other punishment, with intense restrictions on their freedom. But slavery was more common when the labour done was relatively simple in nature and thus easy to supervise, such as large scale crop growing.

It was much more difficult and costly to check that slaves were doing their best and with good quality when they were doing complex tasks. Therefore, slavery was seen as the most efficient method of production for large-scale crops like sugar and cotton, whose output was based on economies of scale. This enabled a gang system of labour to be prominent on large plantations where field hands were monitored and worked with factory-like precision. Each work gang was based on an internal division of labour that not only assigned every member of the gang to a precise task but simultaneously made his or her performance dependent on the actions of the others. The ‘hoe hands’ chopped out the weeds that surrounded the cotton plants as well as excessive sprouts. The ‘plow gangs’ followed behind, stirring the soil near the rows of cotton plants and tossing it back around the plants. Thus, the gang system worked like an early version of the assembly line later to be found in factories.

Impressment, or “the press” or the “press gang” colloquially, refers to the act of taking men into a navy by force, with or without notice.

The navies of several nations used forced recruitment by various means and the large size of the British Royal Navy in the Age of Sail meant impressment was most commonly associated with Britain. It was used by the Royal Navy in wartime, beginning in 1664 and during the 18th and early 19th centuries as a means of crewing warships, although legal sanction for the practice goes back to the time of Edward I of England.

People liable to impressment were “eligible men of seafaring habits between the ages of 18 and 45 years“, although non-seamen were impressed as well, albeit rarely.

Impressment was strongly criticised by those who believed it to be contrary to the British constitution; at the time, unlike many of its continental rivals, British subjects were not subject to conscription for any other military service, aside from a brief experiment with army impressment in 1778 to 1780. Though the public opposed conscription in general, impressment was repeatedly upheld by the courts, as it was deemed vital to the strength of the navy and, by extension, to the survival of the realm.

Impressment was essentially a Royal Navy practice, reflecting the size of the British fleet and its substantial manpower demands. While other European navies applied forced recruitment in time of war this was generally as an extension of the practice of formal conscription applied to most European armies from the Napoleonic Wars on. The U.S. Continental Navy did however apply a form of impressment during the American War of Independence.

The impressment of seamen from American ships caused serious tensions between Britain and the United States in the years leading up to the War of 1812. But after the defeat of Napoleon in 1814, Britain ended the practice and has never resumed it.

Unfortunately, it’s still something that takes place in some countries today, but at one time, drafting was the go-to method for recruiting young men into the army to defend their country. 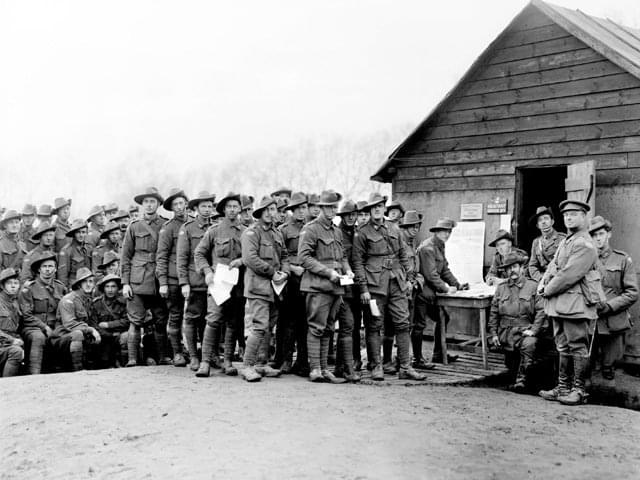 Conscription (or drafting) is the compulsory enlistment of people in some sort of national service (most often military service). It dates back to antiquity and as I mentioned, it still continues in some countries to the present day under various names. The modern system of near-universal national conscription for young men dates to the French Revolution in the 1790s, where it became the basis of a very large and powerful military. Most European nations later copied the system in peacetime, so that men at a certain age would serve 1‚¬€œ8 years on active duty and then transfer to the reserve force.

Conscription, needless to say, is controversial for a range of reasons, including conscientious objection to military engagements on religious or philosophical grounds; political objection, for example to service for a disliked government or unpopular war; and ideological objection, for example, to a perceived violation of individual rights. Some selection systems accommodate these attitudes by providing alternative service outside combat-operations roles or even outside the military, such as Zivildienst (civil service) in Austria and Switzerland.

As of the early 21st century, many states no longer conscript soldiers, relying instead upon professional militaries with volunteers enlisted to meet the demand for troops. However, many of the states that have abolished conscription still reserve the power to resume it during wartime or times of crisis.

Hazing is the practice of rituals and other activities involving harassment, abuse or humiliation, as a way of initiating a person into a group, most commonly college fraternities and sororities. 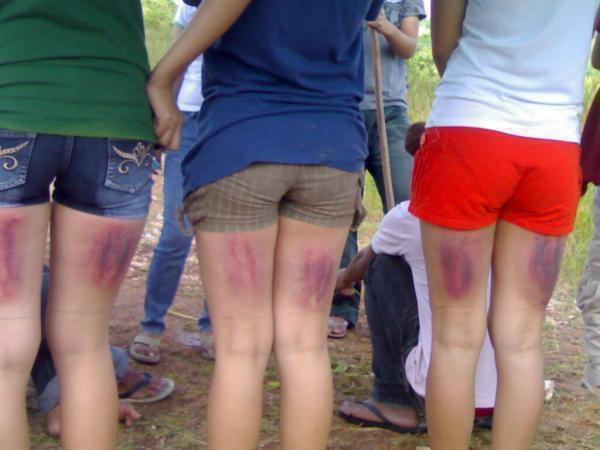 In many colleges across the world, but primarily in those situated in the USA, hazing involves ambushing potential candidates and forcing them to complete certain tasks against their will, to both intimidate and humiliate them, in a effort to determine how ‘committed’ they are to becoming a member of said fraternity/sorority.

Hazing methods can include:

And have been the cause of hundreds of deaths. A list of which can be found here.

The practice of ritual abuse among social groups is not clearly understood. This is partly due to the secretive nature of the activities, especially within collegiate fraternities and sororities, and in part a result of long-term acceptance of hazing. Thus, it has been difficult for researchers to agree on the underlying social and psychological mechanisms that perpetuate hazing.

A US national hazing survey carried in in 2008, discovered that more than half of all college students involved in clubs, teams, and organisations experience hazing in some way. Nearly half (47%) of all students have experienced hazing prior to coming to college. And that alcohol consumption, humiliation, isolation, sleep deprivation, and sex acts are the most common hazing practices across student groups.

Okay, so this one isn’t quite as horrific as the slavery and press-ganging, but Alan Sugar’s/Donald Trump’s 12 week long job interview, has to be one of the cruellest recruitment strategies known to modern man. 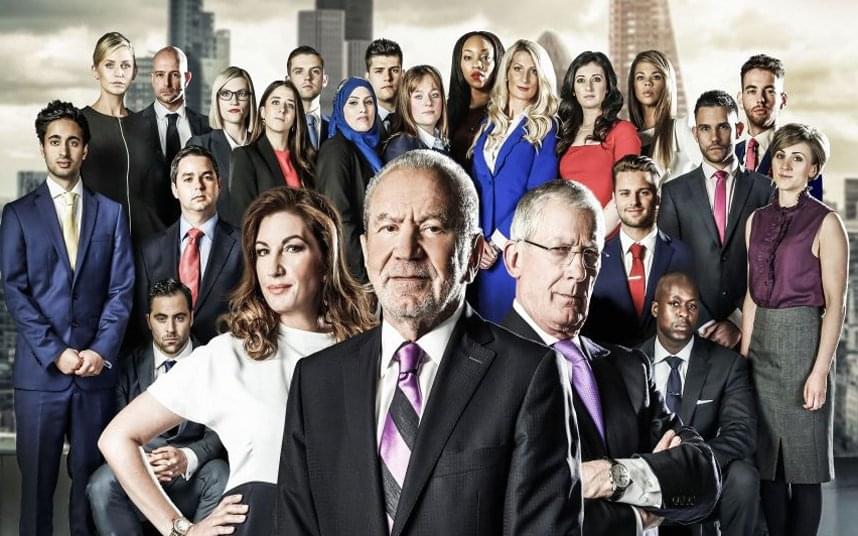 If you’re not familiar with the concept of the show (where have you been living?!) originally, The Apprentice depicted 16 contestants from around the country (UK or US) with various backgrounds competing in an elimination-style competition to become an apprentice to either Donald Trump or Lord Alan Sugar. The winning contestant would then have the opportunity to work for Trump/Sugar as the head of one of his companies for at least one year with an annual six figure salary. In recent years however, that prize has changed. Contestants now compete to become business partners with either Trump or Sugar, and secure a $250,000/£250,000 investment in their business plan.

Each week, the contestants are set specific tasks during which they have to either create, develop and sell a product or service, or use their pure selling abilities to flog something Trump/Sugar asks them to. The team who earns the most money each week, wins.

But while that may sound relatively straight forward, in reality the tasks can be emotionally draining, sometimes physically demanding and occasionally depict some candidates in a way they may not have expected i.e. unfavourably. See the video above to see what I mean!

But taking part in The Apprentice doesn’t always lead to a glittering career in the world of business and not all publicity, as they say, is good publicity. Yes, bad editing has often had a less than positive affect on many contestants careers post-filming. In fact, not even some of the show’s winners have gotten away scott free in that department! Just ask these poor chaps!

Simon Cowell has a lot to answer for. For over 10 years now, he’s spent almost 6 months of every year trying to recruit the next big thing in pop music. And he’s tried to do so with a global television show. 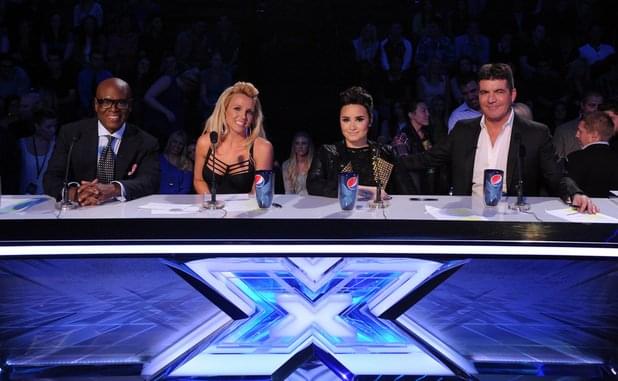 Every week, he and his handpicked crownies trawl through hoards of hopeful candidates, all aspiring singers, looking to achieve their dreams of pop stardom. Thousands of them flock to him at various audition venues across the country and promptly sign themselves up for whatever Cowell has in store for them, which often involves some form of public humiliation and emotional torture (especially if you happen to be not so gifted in the vocal department). Oh, and it’s all in the name of “good television”.

Just as this poor woman found out:

But while live auditions in front of an arena filled with rabid teenagers often resembles some of the battles fought in Rome’s Colosseum, it doesn’t look like Cowell’s talent pool will be decreasing any time soon.

And finally, people often ask me how I come up with so much content for the Social Talent blog. And when they do so, I laugh, I smile politely and I thank them. Then I think about all enslaved, press-ganged, ghost-writers, I keep chained up in my basement……Mwahahahahaha!

3 simple ways to find time to…