How to: Effectively Communicate with UAE Candidates 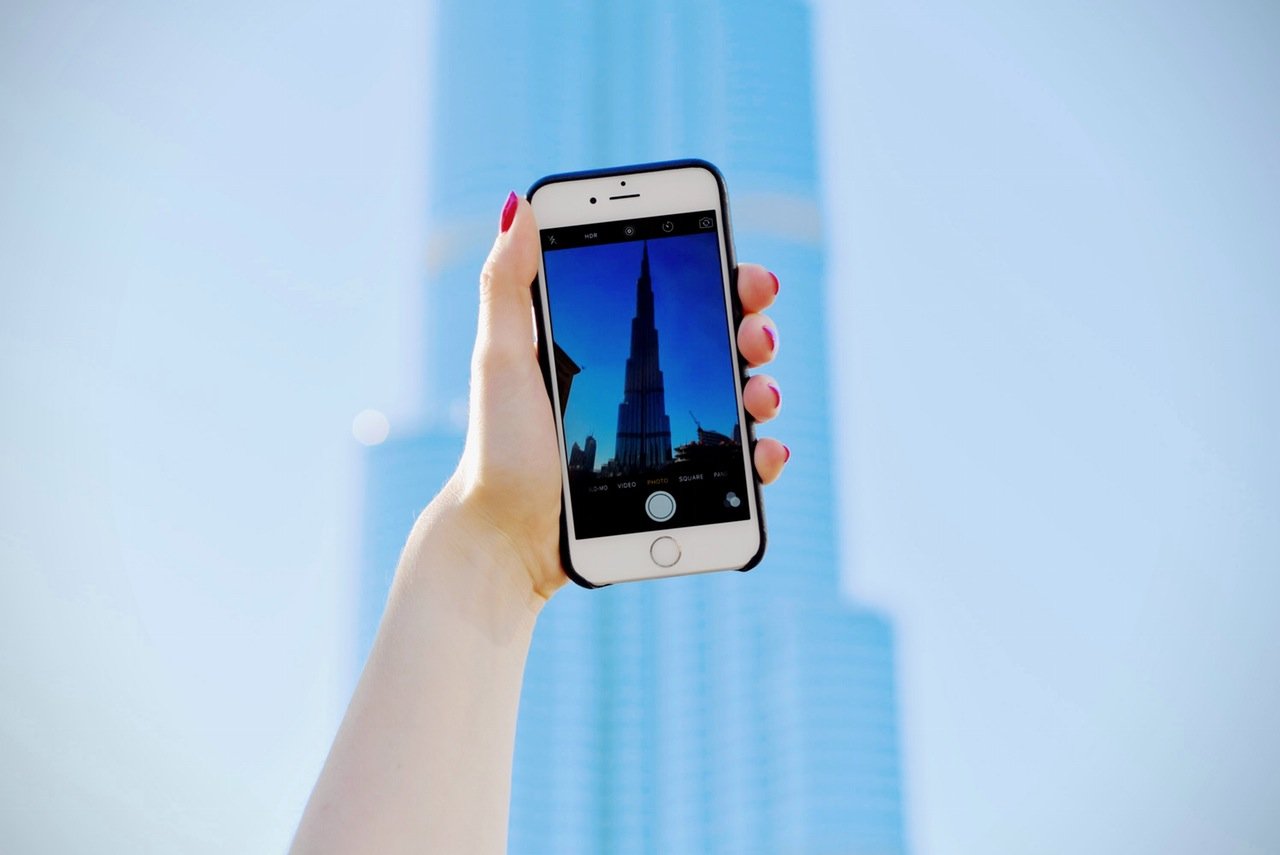 As a general rule, if you’re a recruiter, you need to be hyper-aware of the way that you speak to candidates. The spotlight on diversity in the workplace is shining brightly, so educating yourself on all of the various issues and challenges that exist is something that should be on the agenda of every recruiter. It’s also just as important for recruiters to be well versed in the communication style of the country that they are recruiting in. How candidates engage with recruiters varies greatly from one culture to another, and if you don’t understand what makes the people within a particular culture tick, you could be shooting yourself in the foot when it comes to communicating effectively with potential candidates. 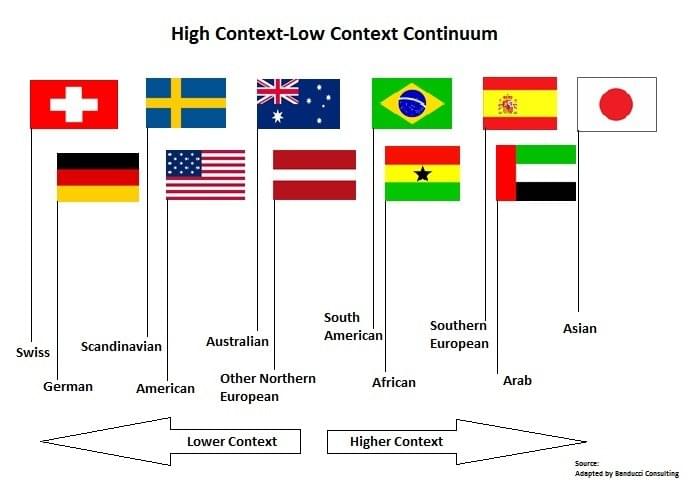 High and low context cultures refer to a culture’s tendency to use high-context messages over low-context messages when it comes to communication. As you can see from the image above, Arab countries fall into the higher-context category, whereas most Northern European countries, as well as the USA and Australia, are on the low-context end of the spectrum. High-context cultures tend to let a lot of things go unsaid, whereas in a low-context culture things are more likely to be explicitly explained. So if you’re a recruiter in the UAE, it’s important to choose the right words when you’re talking to candidates, because the message that you’re relaying will be heavily affected by things like your tone of voice, body language, and status.

Here are some of the things that you need to consider when you’re dealing with UAE candidates, based on some of the cultural nuances that are specific to the region…

In high-context cultures, there’s a big emphasis on interpersonal relationships. Business transactions generally only occur when a level of trust is established. Showing your human side and letting your guard down is the best way that you can connect with candidates – e.g. inviting a candidate out for coffee and a chat during the recruiting process. It may take some time to build up a level of trust, but once established, that trust is rock-solid. People from a high-context culture also tend to be very aware of people that are in their circle, as opposed to people outside it. Scheduling time is not a priority for people in a high-context culture, so don’t be surprised if candidates don’t always stick to a set time – it doesn’t necessarily mean that they aren’t interested in what you have to say.

Because verbal messages are indirect in a high-context culture like that of the UAE, body language is highly observed and interpreted. Personal space isn’t an issue for people in the Middle East, so standing close isn’t considered offensive or intrusive. Maintaining eye contact with candidates is important because it shows interest as well as builds trust; prolonged eye contact is generally considered a way to know if someone is telling the truth. Tone of voice is also something that you should carefully consider when talking to candidates in the UAE because loudness is a sign of strength in Arabic cultures whereas softness indicates weakness. That doesn’t necessarily mean you need to shout, all the same!

For people in high-context cultures, identity is usually deep rooted in groups, such as family and work. In general conversation, it’s customary to ask a person about the health of their family at the beginning of an interaction, the same way that other cultures would lead the conversation by talking about the weather! It goes without saying that in the UAE, religion plays a tremendous part in the majority of candidates lives – there really isn’t a line between religion and the rest of their lives, the two are intertwined at all times.

We’ve already established that in high-context cultures, it’s often not what you say but how you say it that counts. Because of this, face to face meetings are always preferred over phone calls or emails. Things are best explained in an implicit manner, so getting straight to the point could very easily be construed by a candidate as you over-stepping the mark or being rude. Therefore, in order to engage, it’s better to ask more round-about questions to obtain the information you need. However, one of the main pitfalls of this communication style is that because things aren’t explicitly explained, you may occasionally encounter misunderstandings when you’re trying to interpret information. Confrontation is also best avoided in a high-context culture as disagreeing can be seen as a sign of disrespect. If you meet with a candidate in the UAE, there’s really no need to follow up after the meeting with a written or verbal recap; the person generally knows what happens in the next stage of the process, without needing clarification.

What’s particularly unique about context cultures in the UAE, is that 77% of the country is made up of expats. So although the culture is most certainly a high-context one, the people that make up the majority of the population could very well be used to a low-context culture (for instance, potential candidates who are originally from the UK or the USA). So how do you effectively communicate with these people? Taking everything into account, it could be argued that living and working in the UAE requires a high level of cultural adjustment for expats so perhaps you should communicate with them the same way as you would with Emirati nationals, but ultimately it’s up to you as a recruiter to determine the cultural context that your candidates are most comfortable with,  and test the waters from there to see how they best engage with you. Whatever the case may be, the key takeaway here is that by being more tuned into the cultural contexts, you can adjust your communication style to engage with top talent and hopefully build meaningful relationships in the process.

(RELATED: Top 4 Considerations for Hiring in the UAE)