Following the announcement of their separation in January of this year (“we’re on a break”), LinkedIn and Twitter officially filed for divorce last weekend. Friends of the two social media darlings had hinted that all was not as rosey as would have seemed late last year when the Tweets App, their adopted first child, began to break down and fail in public. Sources representing the Tweets App have refused to speculate on his whereabouts although several individuals known to this blogger have indicated that he is living with Uncle Facebook, undergoing a revamp that will see the Tweets App morphing into a professional photo-sharing iOS app that allows you to take photos of up to 140 Wall Street analysts. The rumour is as of yet unconfirmed. 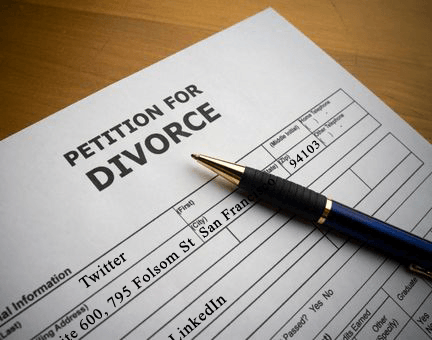 Twitter has announced that she needs to go it alone and “find herself” after establishing far  too many relationships over the last number of years (the dirty tramp!).  Speaking about the divorce through her advisor Michael Snippey, Twitter spoke about playing her “cards” right and establishing “Rules of the Road” for future partners. We suspect that the lack of a pre-nup between Twitter and her former partner LinkedIn are at the root of these statements and her apparent disillusionment with other social media partners. 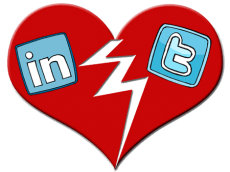 For his part, LinkedIn seems to be taking the higher moral ground and remained respectful to Twitter when announcing their break-up over the weekend. He assured friends of the couple that his door remains open and that they should feel comfortable to continue to confide and share with him. LinkedIn even went as far as to say that any friends of the couple who wish to contact Twitter can do so through him. He said that he would be sure to pass on any message directly to Twitter whilst reminding their friends that Twitter is no longer talking back to him. The only question is, what did LinkedIn do in the first place to provoke such a hostile reaction from Twitter? Twitter has always been the more care-free and giving partner in the relationship. LinkedIn, whilst respected by most of the community of Social Land, has always remained a tad aloof, a bit of a loner who was never that keen on sharing with others. However, one must respect that the fact that LinkedIn was always the breadwinner in the relationship whilst Twitter has been know for spending more than her means! To date, her attempts at earning a living have proved mixed but sources close to this blogger tell us that her break-up from LinkedIn and the cooling of relations with some of her former cronies is part of a larger masterplan to generate revenue from her greatest assets. We wish her well!

For his part, LinkedIn is back on the market but we suspect that he won’t be looking for a new partner anytime soon! Rumours are rife in Social Land that his mistress Slideshare has already moved in but she refused to comment on the divorce saying only “He owns me now, that’s all I can say”. The plot thickens!