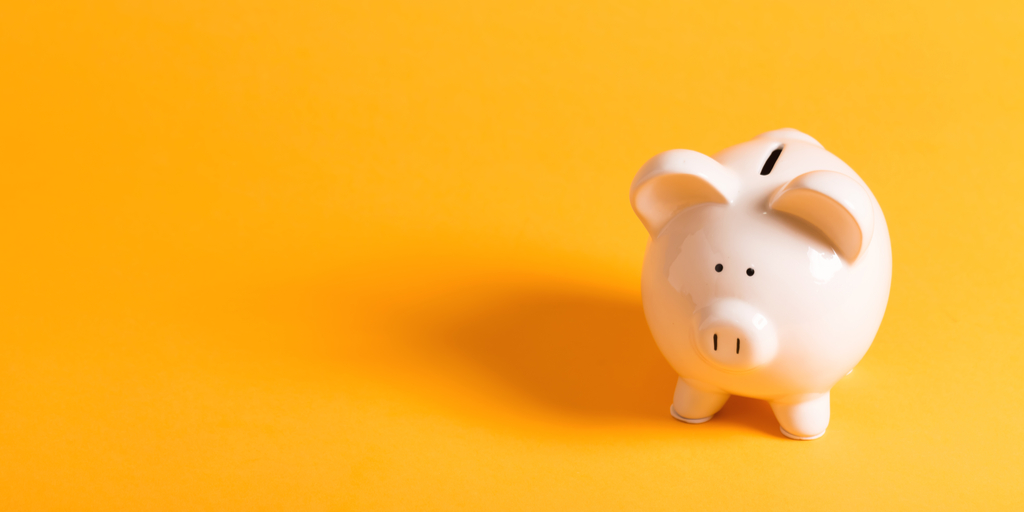 Exclusive data analysis from Indeed shows that interest in UK banking jobs from abroad has dropped by 12% since 2015, when the likelihood of a referendum on UK membership of the EU started to grow. 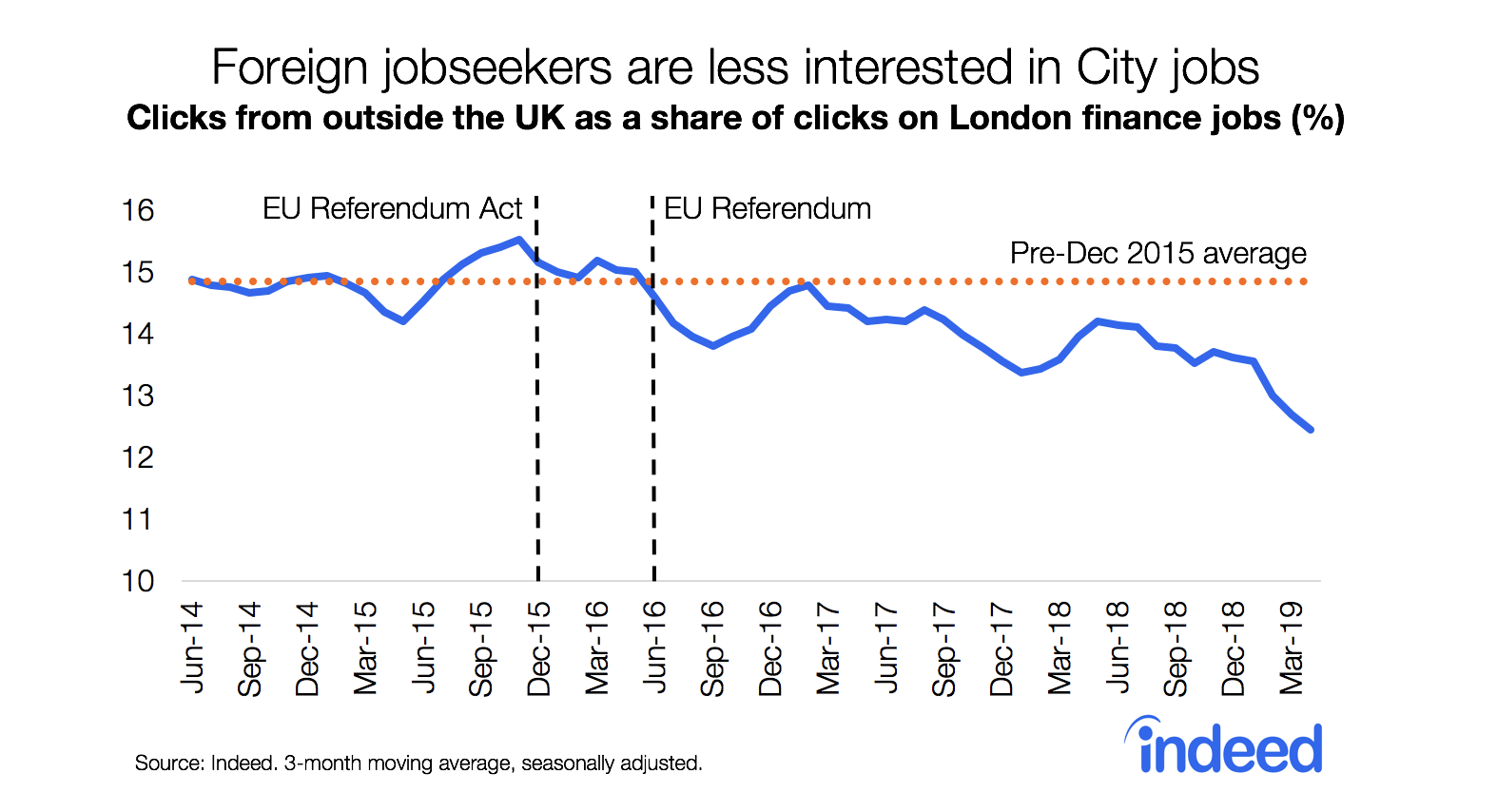 Overall jobseeker interest from abroad remained relatively stable, boosted by strong levels of interest from non-EU countries like Australia, India and the USA.

However, these levels have also dropped over the past year, and though interest from EU countries has halted its decline, the net result is a significant shortfall in jobseekers looking to work in London’s banking sector. 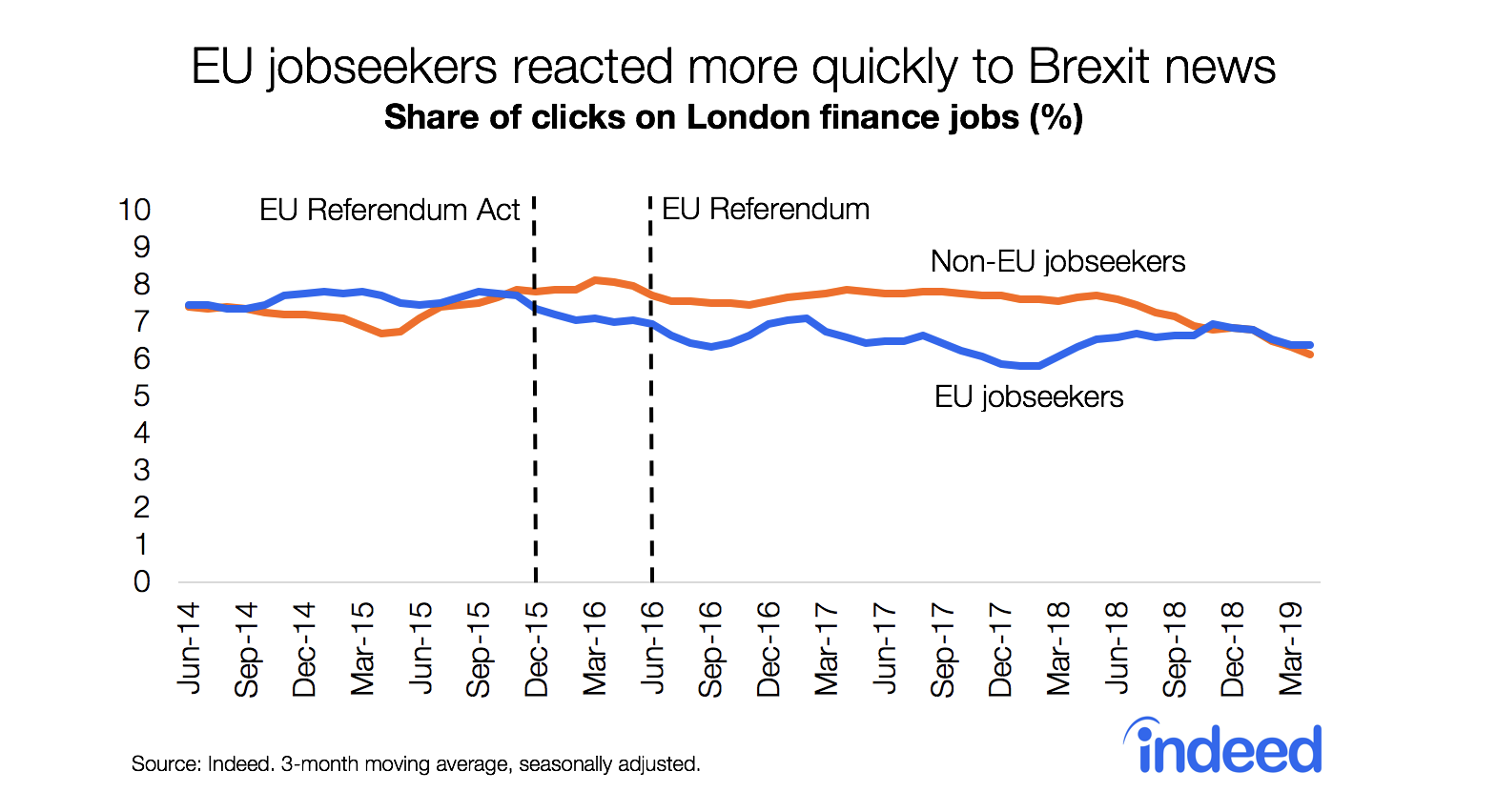 Britain’s banking sector remains a flagship compared to other sectors of the economy. For the average UK vacancy advertised on Indeed, 3% of interest comes from foreign-based candidates. For financial sector jobs, that proportion is more than four times higher – with 12.9% of interest coming from talent overseas. 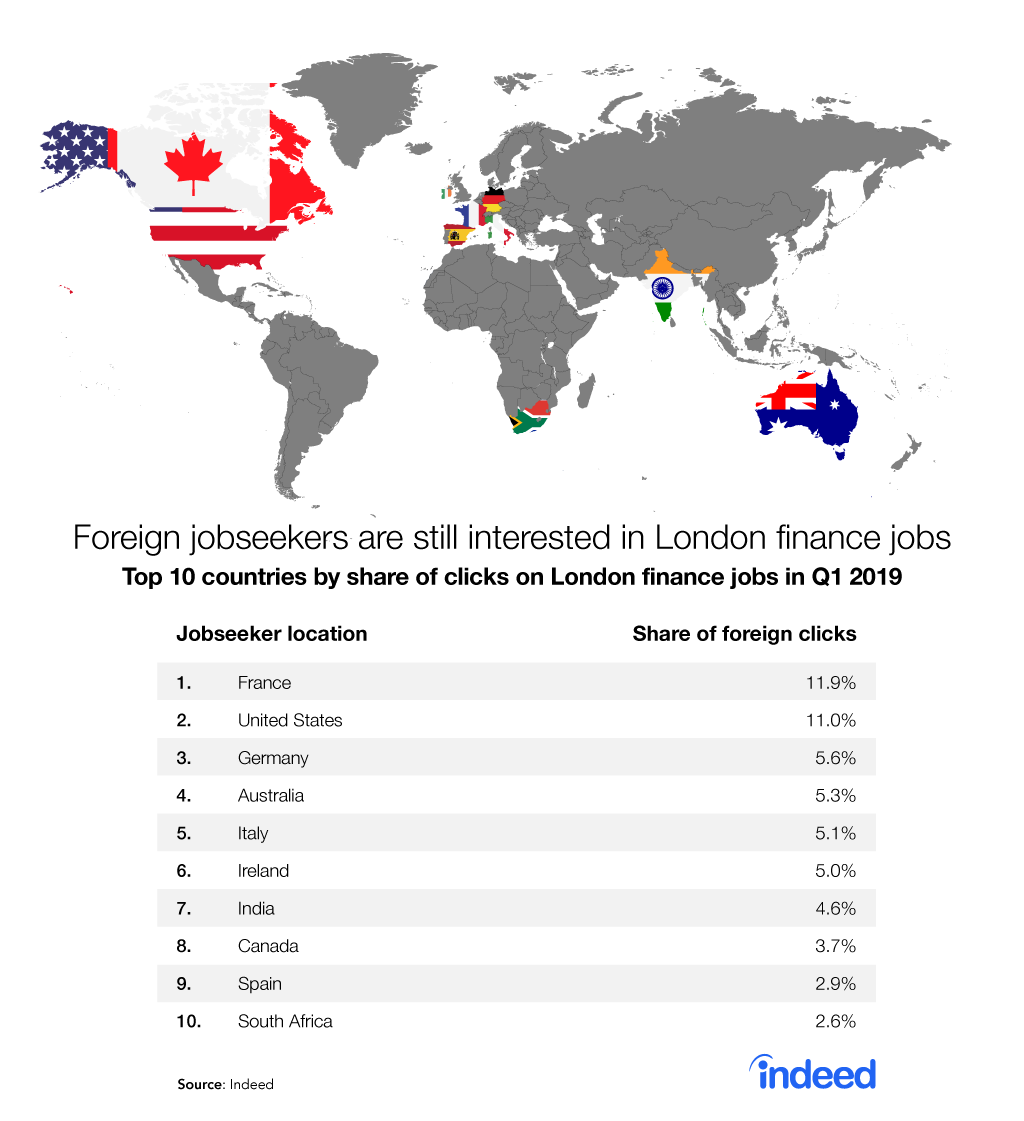 Pawel Adrjan, UK economist at Indeed, comments: “London’s vast financial engine relies on a steady flow not just of global finance, but of global talent too. Our data suggests that warnings of Brexit interrupting that flow of people were not just idle scaremongering.

To find out how SocialTalent can help you improve your hiring process, home and abroad, check out the SocialTalent Evolve Prospectus.