Recruiters - You are actually in sales (says Dan Pink, #SHRM13) 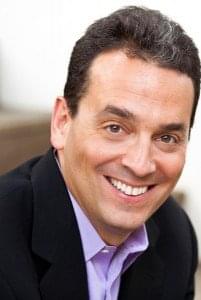 We almost missed you this morning as Johnny and Holly were dancing on the roof until 3am and took a little time to get up and out the door to #SHRM13 but we got there just in time and it is a good thing as you alone were worth the airfare to Chicago. You were inspiring, entertaining, articulate, concise and clear. I will probably do your discussion no justice but for the benefit of our readers I will try to summarise what I took from this mornings keynote.

You gave us 2 big ideas on sales and 5 takeaways on how to address this new selling world that we find ourselves in. So here goes:

In the US (and this is replicated in most countries) 1 in 9 people have the term “Sales” in their job title or specific responsibility, but when surveyed it was found that those who did not identify themselves as a sales person spent 41% of their time convincing people to give up something in exchange for something else. It may not necessarily have been a financial transaction, but nevertheless we are all involved in selling on a day to day basis. Almost 25% of every hour of our working day we say is spent selling – we are selling our ideas, opinions, products, our company, a job, an internship and so on. We are selling, but it is selling with a twist, kinda sorta like sales.

Sales has a negative perception in most people’s heads but we are all actively involved, so we need to understand how best to sell in the new world in which we find ourselves. I am a recruiter and I have to sell opportunities to candidates I sourced out of the blue every day. I have to sell a methodology to my marketing team. I have to sell to my direct reports when I ask them to work on specific tasks that are slightly outside of their remit.

We have moved from a world of “Buyer Beware” to a world of “Seller Beware”. This is a radical reversal of how sales traditionally worked as the seller held all of the information on things like price, product features and competition. Now, the buyer has equal (if not greater) access to information on products and services. If you want to buy a family car you can go online and find a family car discussion group and compare all models, get feedback from other owners, get price comparisons and arm yourself with everything that you need to make a highly informed decision. No longer can “Sales” mean coercion or hood winking – the buyer knows too much. We no longer have a case of information asymmetry in favour of the Salesperson. We all now have more information on what we are buying, people have more choice, we can talk (and fight) back.

Take the college Milk Rounds where companies come to see students and sell them their company as a place to work.

Company Recruiter: “Come work for us! We have a dynamic culture where you can advance quickly, our structure is flat which promotes creativity and discussion, we pay great salaries and have great benefits – we are awesome!”

Student in 2013: “Actually, I just checked out your company on glassdoor.com and salary.com and your employees are saying that it is a horrible working environment with no chance of progression and in reality you pay 20% less than your competitors in the same city.”

The balance of information has shifted. As a recruiter, you are selling everyday so you need to change how you sell… Seller beware, because any crap you’re peddling to your customers will be quickly found out! 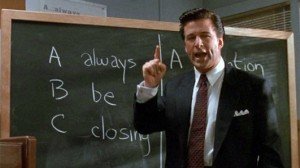 Since we need to change how we sell, how do we survive in this new world of selling? As a first step we need some key attributes which neatly fit in with the acronymn made famous by Alec Baldwin in Glengarry Glen Ross – ABC. Not Always Be Closing which made sense back in the old world of sales. Now, we need Attunement, Bouyancy and Clarity – this is the new ABC.

Attunement: See things from someone else’s view, take their perspective. Get attuned to other peoples needs and problems.

Buoyancy: Sales people face an ocean of rejection every day. You need to be buoyant to stay afloat. Sure I had to approach at least sixty qualified people for a job role I was working on to get around four or five to affirm their interest in the opportunity – but even then, only one of them could possibly get the job in the end. Rejection all round!

Clarity: There is no longer an advantage in having information. These days, interpreting and distilling information is key, but not just using the information to solve the problems that companies know they have. Use it to identify the issues that they don’t even know they have. Use it to uncover their issues, and solve them! This could be a benefit like a shorter commute to work, or an average finish time of 5:30 every day so employees can spend time with their family, or an in-house daycare facility.

So, we need new tools to tackle sales in this new world that we find ourselves selling into, and Dan gave us 5 Takeaway points to help us to achieve our sales goals:

1) Increase your effectiveness by reducing your feelings of power

Power reduces your attunement. Your focus of attention is inward and you are less able to understand someone else’s motivations and needs. Take the example of you as a manager working with (read: selling to) a staff member. You need to take your power levels down momentarily in order to raise your levels of attunement up so you can understand their motivations and opinions. This is not to say that you are soft and have less authority. By listening to your direct reports needs and engaging with them, you will learn from them and get their buy-in on the decision that you make together. Not everything can be a consensual decision making process or we would never get anywhere, but if you are trying to sell new ideas or make changes, you will have more success by attuning to your staff. Take a moment to climb down from your lofty post to think from another’s perspective. People don’t ever quit companies – they typically quit bosses, and those bosses are always the ones that are self-involved.

There is a perception that extroverts are the best at sales, but in actual fact strong extroverts and strong introverts perform equally poorly in sales (even though the extroverts are most likely to get hired for sales roles, and most likely to be promoted). Those who perform the best are “ambiverts” (the ones in the middle) and guess what – we are ambiverts! Most of us are a mix of introvert and extrovert, so you don’t need to change to be successful in sales. You don’t need to go out and buy that power suit and learn to be a slick sales guy or gal – just be yourself.

Dan used a great example of a study in a US university where they looked at a charity food drive (where they collect donated food for charity relief efforts) and sent a letter of invitation to the people identified as most likely and most unlikely to donate to the food drive. Two versions of invitations were sent to half of each group – a general letter which read “Dear Student”, and a specific letter which read “Dear [First Name]”. Each letter had clear calls to action (Donate food to our food drive on X day at Location A in aid of Y Charity), but the specific letter also said that they would phone them two days in advance to remind them. They found that general letters sent to the least likely donators received zero donations. None. Specific letters to the least likely donators however had a 25% donation conversion rate. However, when the process was made easier for them to donate, the conversion rates went up still.

Is it easy to buy from your organisation? Recruiters, ask yourself: is it easy to apply to your open jobs? 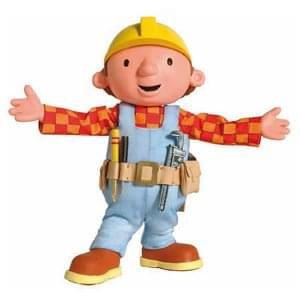 Traditionally we have been taught to pump ourselves up with positive statements like “I Can Do This,” which obviously is a a positive enforcement, but Dan recommends an alternative to this to ask a more interrogative question, “Can I do this?” The very nature of asking a question immediately illicits a response from a person (even if they don’t answer out loud). Asking the question encourages you to think about the reasons why you can do this – it makes you you think about your strengths, your experience, and all the reasons why you are the right person. It makes you prepare and practice and think about how you will overcome potential roadblocks. “I Can Do This” closes the conversation. “Can I do this?” makes you re-affirm the reasons why you can and what you need to do in order to ensure that you can.  Bob the Builder has the right approach with his team of talking machines when he asks “Can we fix it?” Which of course is responded “Yes we can!”

Make it about a person with a face. Dan talked through an Israeli study of Radiologists where 2 groups were studied – the first group saw radiological scans with a photo of the patient beside the scan and the other group just had the radiological scans as normal. The first group who were shown a photo of the patient’s face alongside their X-ray gave more detail in their reports to the physicians than those who were in the second group. In fact, four months later the first group was tested again using the exact same scans but this time without the photo. In this second test, 80% of the medical observations were omitted in their report than what was in their initial report 4 months previous.

What does this tell us? 1) Even radiologists are selling, and 2) when the subject is made human, we sell significantly better.

It is a new sales world out there. We are all involved, but the good news is that we already have the skills and personalities to achieve success – you are already a natural. Dan’s message and takeaways are applicable to any industry, but I think they are particularly relevant to the recruitment sector.

As recruiters, we bulk-email people about a job and then wonder why our response rates are low – look to point 5 – “Make it Personal”. Think about who you are contacting, what is in it for them, why would this individual be interested in your job.  Why don’t people click the “Apply” button to our jobs? See point 3: “Give people an off ramp, make it easy for them.” Are you taking the steps to get your job on page 1 of google results? Is your application process light touch and does it allow the candidate to apply the way they want to?

So, Dan,  thanks for the inspiration and thanks to #SHRM13, even if you did get us up a bit earlier than we would have hoped for this morning!