Recruitment & The Battle to Tackle The Gender Pay Gap 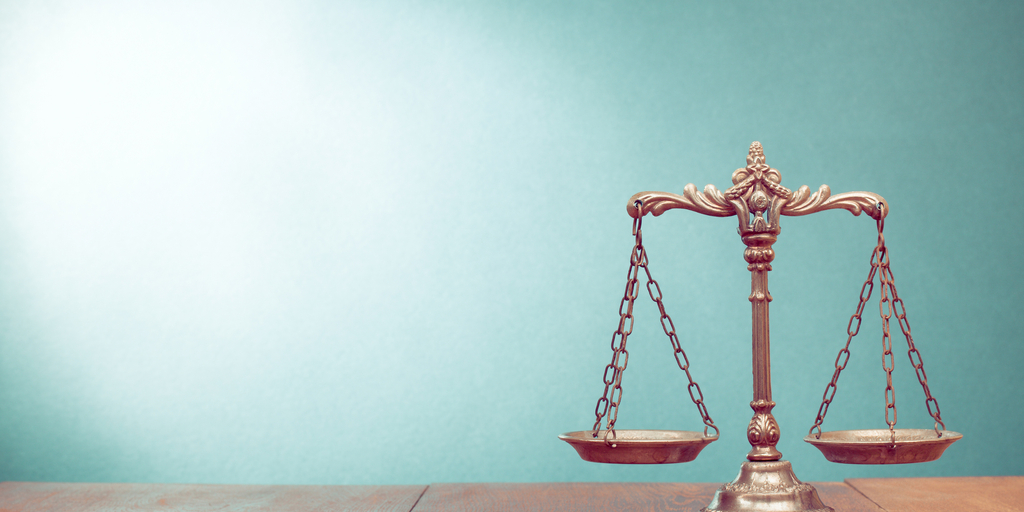 Pay gaps between man and women have a long lying history, to say the least. If we were to look back 50 years, we would genuinely be shocked with the difference in pay! Since then, we’ve come a long way with signs of progression being seen across multiple industries. That said, the battle for equal pay isn’t entirely over and there’s a lot more left for us to do to ensure the gap is made smaller. New rules and regulations have been put in place to ensure data is recorded properly. Companies that have 250+ employees working in their company are now required to submit a gender pay gap report (UK) to the Government Equality Office.

The findings of the report were released last Thursday, 5th April and the report showed that companies in the UK pay men 78% more based on an hourly median. What’s clear from the report is that sexism and discrimination still exist in the workplace. Airlines seem to be the biggest culprits when it comes to gender pay gaps. And one standout airline is that of Ryanair, with men earning 72% more per hour than women. 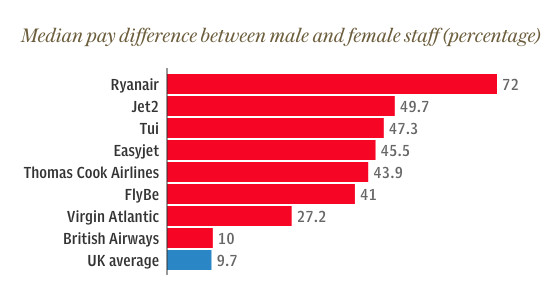 When looking at the airline industry, the majority of the pilots hired are predominantly men. Whilst more women are hired for the role of cabin crew.

A while back, we cast our eye over some of the top jobs where people earn the most money. When looking at the roles outlined on the list, the average salary for a woman is less in every industry. This is further proof that we aren’t doing enough to eradicate the bias surrounding gender equality. Yes, we hear our fair share of people speaking about the inequality between men and women in the workplace. BUT, a lot of this is noise and you’ll agree that actions speak louder than words.  According to BBC, just 44 of the 743 firms that have reported in these sectors pay women more than they pay men. 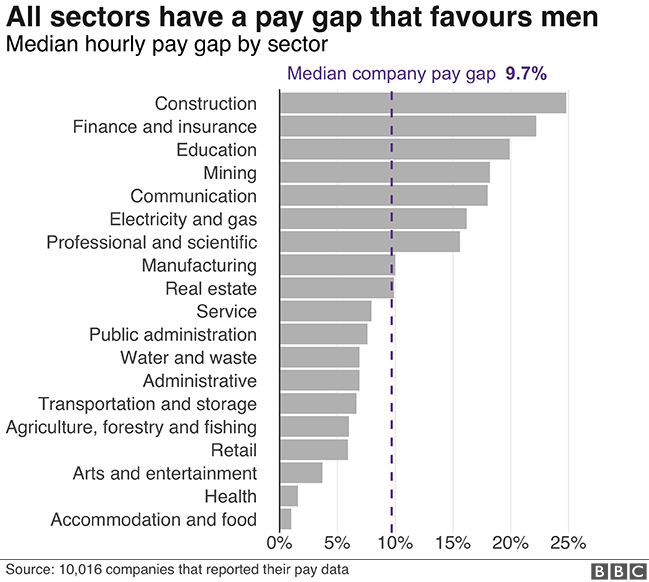 What Can HR Do To Fix The Gender Pay Gap?

Now that the workforce is becoming more aware of gender pay gaps, what can HR do to ensure companies stay on track? We have seen a massive change in society in general. Millenials, who take up most of the workspace, are significantly more progressive than that of the generations that came before them. Yet, there are still certain roadblocks that are preventing women from progressing in their careers.

This is especially the case when looking at women in tech. More females than ever before are learning how to code – one of the most sought-after skills in today’s working world! Many are proficient in Java, Python and C++, yet they still find themselves in junior positions.

That said, what can HR do ensure rapid change?

If you’re working in HR, performing a pay equity analysis has huge benefits. The whole reason behind conducting a pay equity analysis is to ensure that there is no inequity around the salary of workers in your company. Ultimately, after performing this analysis, there will be more transparency salaries at the workplace. The transparency around salaries will also have a knock-on effect in terms of benefits for your company, and it could attract the best talent to come and work for you!

When on the lookout for your next talented candidate. Sit back and look at how you’re going to approach the candidate and question the means by which you’ll do it. If you want both men AND women applying for roles at your company, you might start with the language used in your job ads. It might be the case that the language you’re using might be more biased towards one gender than the other.

The cultural conversation change around women in the workplace is happening and long may it last. The push for equality is evolving into a real live debate that won’t go away. What’s most important now is that companies take note and focus on best practices to eradicate this bias.

If you want to learn more about SocialTalent’s e-learning offering and way’s n which you can eradicate bias from the hiring process – contact us today!