Are You Unknowingly Eliminating Hundreds of High Quality Candidates?

Are you one of the 91% of employers who use social networks to screen potential employees? If you are, (and with 91% of you doing it, it’s pretty safe to assume you are), have you considered the implications of doing so and the fact that you could be needlessly eliminating hundreds of high quality candidates?

Software Advice interviewed over 1,550 working adults along with a number of recruiters to determine how recruiters are vetting potential candidates using social media and if those processes are helping or hindering the hiring process in the long run: Recruiters identified 4 specific “red flags” that they look for when vetting candidates via social media:

1. The Lack of a Social Media Presence 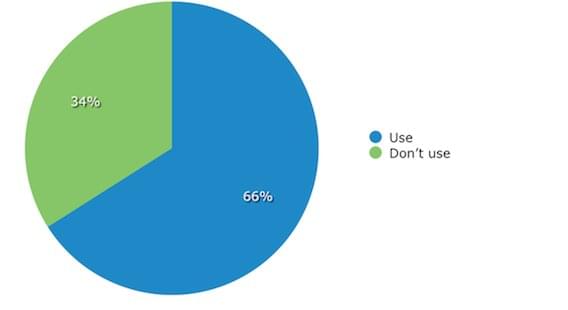 The fact that many people may not want an online presence seems to be overlooked here. Individuals who value their privacy or who simply have no interest in maintaining an online presence, are automatically discounted from the majority of recruiters’ shortlists despite the fact that they may possess all of the necessary skills. By disregarding candidates for not having a social media presence (something the job description certainly doesn’t state as a pre-requisite!), means that many recruiters are eliminating up to 34% of potentially excellent candidates straight off the bat.

2. No Correlation Between CV and Social Profile

Less than half of all the social media users interviewed, said they regularly updated their social media profiles to reflect changes in their CV. In fact, 48% said they didn’t think or didn’t care about actively making them correlate. Yet, several recruiters saw a lack of correlation between the individual’s CV and their social profiles to be yet another red flag in the hiring process. 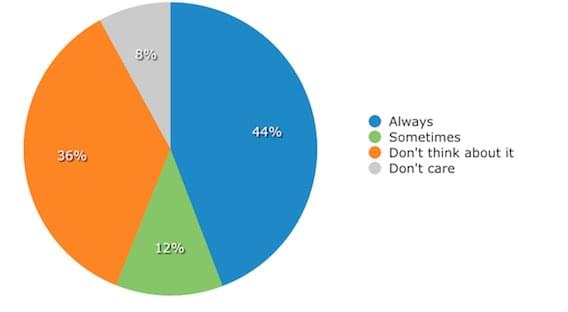 Some recruiters believe that mismatched information across the two elements “indicate a lack of attention to detail“, while others said “it might lead them to believe the candidate is bending the truth about their work history“.

While updating their profile information every time an element of their CV changes, is just a low priority for many people, recruiters are actively weeding out candidates whose information does not match exactly. But when the average social media user has 3 social profiles across several different social platforms, is it really reasonable to expect that a candidate will have made the effort to update every social profile they hold? Especially when almost half of the working population already say that “actively making them and their CV correlate” isn’t a priority.

3. Negative Comments About Past Employers

Naturally, the vast majority of recruiters cited “posting negative commentary about previous employers on social media” as a serious red flag. Thankfully, job seekers would appear to be in agreement as 84% of them said they would “never” post negative or derogatory comments about their employers online.

Frequency of Negative Posts About Employers

Unlike the previous two “red flags” this is an excellent benchmark for recruiters to set when evaluating job seekers and it shouldn’t stop with negative or derogatory comments about previous employers. Any blatant disparaging comments against other people, races or religion should also be looked upon unfavourably by recruiters. Savvy candidates (i.e. exactly the type you want to hire) will know that that type of behaviour on such a public forum is a big no-no.

Typos and bad grammar in users’ social posts was the final red flag raised by the recruiters interviewed. Many believe that job seekers who take the time to ensure both their spelling and grammar is correct when posting updates to social sites, show that they “take pride in their work” and are attentive to detail. 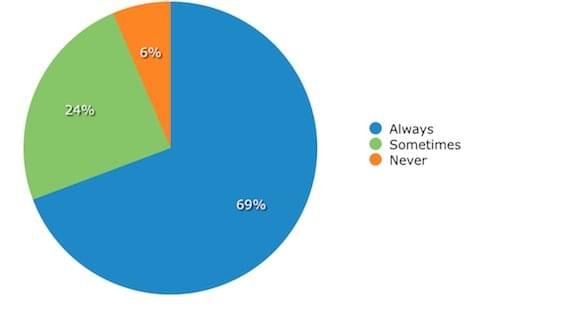 And it would appear that most social media users are cognisant of it’s importance too. 69% said that they “always check their posts for errors before publishing“.

While poor spelling and grammar is an effective gauge for recruiters to determine if a candidate is attentive to detail (especially when it comes to detail orientated jobs like copywriters and editors), it shouldn’t be too highly focused upon. We all know a typo in a CV is a big no-no, but a little leniency when it comes to social media is ok. After all, the primary use of a social media profile is for fast, easy social communication amongst friends, therefore the odd spelling mistake isn’t the end of the world.

If you use these screening measures to assess potential candidates, you may need to rethink your approach and assess the amount of emphasis you place on certain criteria when it comes to a candidate’s personal social media presence. Social media has provided us with a fantastic new way to find and vet potential new hires, but we need to be mindful of just how much emphasis we’re putting on it and the issues we identify as red flags in the hiring process.

To rule out candidates based purely on some of the factors above, is counter-productive. Instead of improving your shortlist, you could be snubbing the perfect candidate.

In future, be mindful of the job seeker and how they think and feel about social media. Job seekers use social media primarily as a social tool, not a professional one. Just because they may have neglected to correlate their Facebook profile with their CV, doesn’t mean they’re deliberately trying to pull the wool over your eyes. And just because some one chooses not to have a social media presence does not mean they’ve something to hide. A typo in a status update isn’t the end of world. And if a candidate is smart enough not to use social media to vent negative thoughts and opinions about other people or sensitive issues, and the skills the claim to have in their CV are exactly what you’re looking for, they are worthy of your shortlist.

For more information on how you can get the most out of social media for your recruiting efforts be sure to check out our Black Belt in Internet Recruitment online training course. Our specially designed Social Sourcing module shows you how you can gain a serious competitive advantage by turning sites like Twitter, Facebook and Google+ into huge candidate databases, where you can find 10 times as many unique candidates as can be found on LinkedIn. Download a copy of our prospectus right here or fill in your details on the right hand side to request a demonstration of our content and our platform.