On Thursday, LinkedIn launched the new Sales Navigator, an SaaS product “that empowers sales professionals to establish and grow relationships with customers and prospects“. In other words, Sales Navigator is just LinkedIn Recruiter for Sales people. But with the makeover their referring to as “a significant refresh“, LinkedIn hope to enhance the buyer-seller relationship and make it more efficient. To do that, they’ll be tapping into the data collected from their 316 million strong network of members, and providing users with insights relating to the “accounts and contacts they care about“.

The revamped product has undergone a series of changes and now boasts a number of key features including:

Thursday also saw the release of LinkedIn’s financial results for the second quarter of 2014 and, boy, did the company beat the analysts expectations!

Revenue for the second quarter of 2014 was $534 million – an 47% increase from this time last year! Premium subscriptions, such as LinkedIn Recruiter, made up $105 million of that total and marked a 44% increase in premium subscription income from Q2 2013. Talent Solutions products accounted for 60% of the revenue total at $322 million. Analysts had been concerned that the growth rate was going to decelerate, but it accelerated quite significantly!

“LinkedIn delivered strong financial results in the second quarter while maintaining investment in our member and customer offerings. We made significant progress against several key strategic priorities including increasing the scale of job opportunities on LinkedIn; expanding our professional publishing platform; and continuing the strategic shift towards content marketing through Sponsored Updates.”

The professional network now has over 316 million members and their newly opened publishing platform sees about 30,000 new posts weekly. The company’s revenue growth year-on-year can be seen in the graph below: 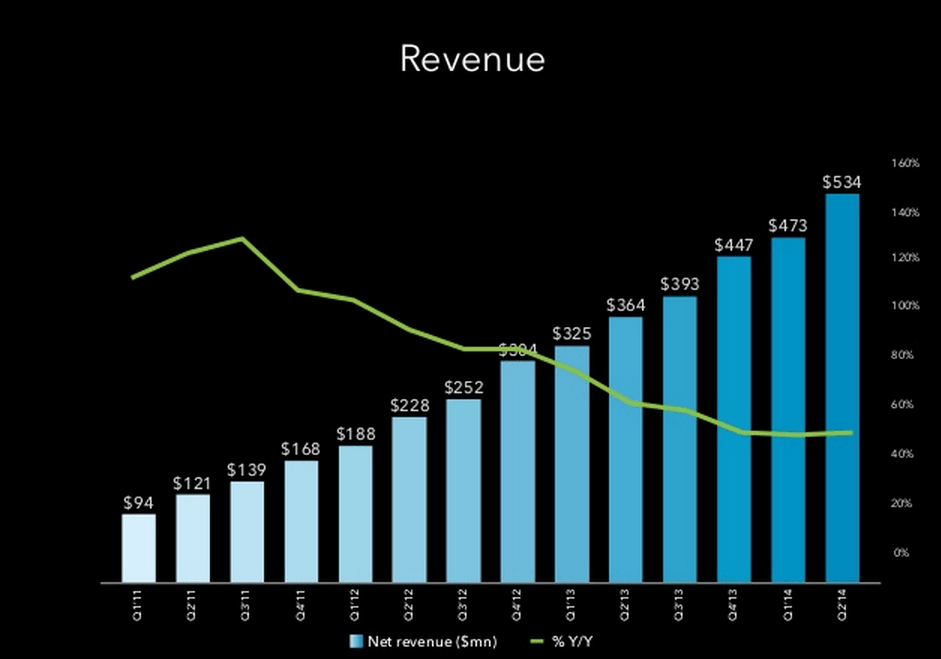 Showcase, Google’s latest app, “helps create a richer, more engaging Hangout On Air experience by directing viewers to websites, blogs, merchandise, YouTube videos, and Google Play content‚¬€from right within the Hangout window.” Essentially what that means is that while engaging via Hangouts on Air, users have the option to display additional content on screen for their fellow Hangout-ee to view and click on without ever having to leave the broadcast. 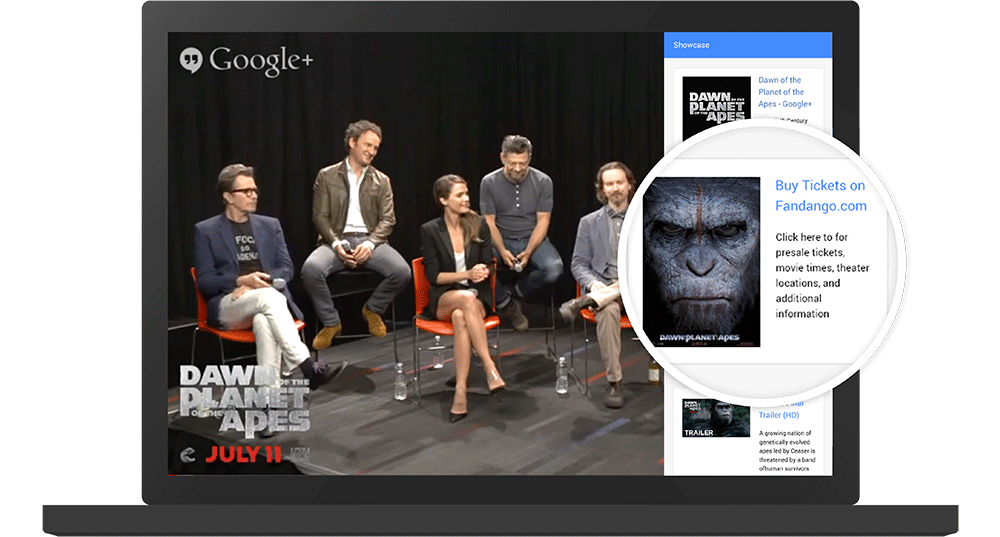 From a recruitment perspective, this would allow employers to insert job ads on the right hand side of a Hangout with a candidate. Handy!

Facebook has now officially removed the ability for members to message each other via their native mobile app. Those who wish to stay in touch will now be forced to download a standalone Messenger app (available for both iOS and Android operating systems). 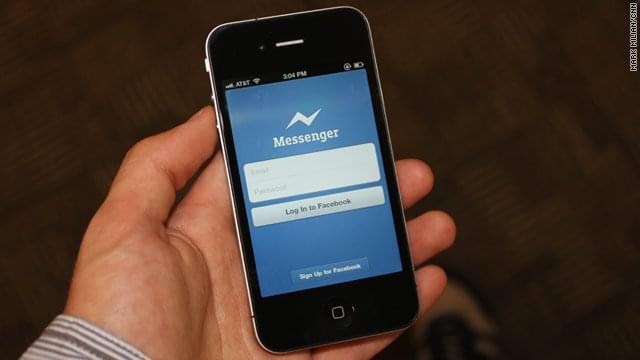 1.2 billion users are now being made to suffer the inconvenience that has been in place in countries like England and France since last April. In their official statement to the press regarding the changes, Facebook have said:

Will the removal incite a rebellion against Facebook? Somehow we doubt it, but stranger things have happened!