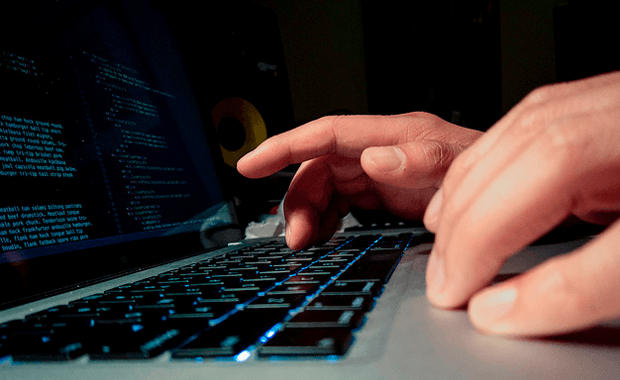 On Wednesday night, Talent Culture hosted a very special Twitter chat for the ladies and gentlemen of the tech recruiting universe. Using the hashtag #tchat, five questions were asked of tech recruiting’s finest minds, and many interesting insights, opinions and tips were shared. If you weren’t there to enjoy and participate in the live conversation, don’t worry! We’ve put together a synopsis of all the topics covered and created our own summary of the main insights to be gained from the discussion for your reading and viewing pleasure. Enjoy!

Question 1:
What do tech candidates value?

I went to a job fair yesterday. I asked 20 attendees what they thought of candidate experience. 2 knew what that meant. #TChat #Dice141

But despite Matt’s job fair revelation, we were happy to see that many recruiters knew exactly the type of work related things their candidates are looking for when it comes to a new job. Tech talent seem to be most concerned with how their skills will be utilised within a new company and whether or not they will get the chance to develop and grow those skills. They like to know how their particular skill set slots into a company and how they can use their skill set to add value to the business. Tech recruiters need to ensure candidates know exactly what their contribution to the business will be.

A1 Tech candidate value a place where they can provide value while continue to hone their skills and stay fresh. #tchat ‚¬€ Emilie Mecklenborg (@EmilieMeck) April 30, 2014

A1 Rely to tech candidates how what they are doing transfers to the big picture, how their efforts add value. #tchat ‚¬€ Emilie Mecklenborg (@EmilieMeck) April 30, 2014 Tech candidates appreciate not being harassed with spam or inappropriate pitches, just before they have a keyword within one of they’re social profiles. It’s important to remember this, as tech candidates do tend to be less forgiving of recruiter mistakes than many other professions. They won’t suffer fools.

In terms of communication from recruiters and HR personnel, tech talent hate receiving irrelevant messages with little or no specific reference to how their own personal skills would be suited to a role. In general, tech candidates are far less forgiving when it comes to such recruiter mistakes and will not be afraid to confront and condemn recruiters who have crossed them. As such, it is vitally important for tech recruiters to do their research and as Steve Levy says, “immerse [themselves] in their communities WITHOUT recruiting” and “listen…then listen some more” before attempting to approach a tech candidate.

A1. Tech candidates do seem to be less forgiving of recruiters who haven’t taken the time to understand the roles their filling. #TChat ‚¬€ Crystal Miller (@TheOneCrystal) April 30, 2014

A2 If you’re going to recruit tech you MUST immerse yourself in their communities WITHOUT recruiting; listen…then listen some more #tchat

It took a little while for some recruiters to come to a general consensus to as what exactly ‘cultural fit’ referred to within an organisation:

But others agreed wholeheartedly that while tech candidates are different to other roles when it comes to certain aspects of the hiring process, their thoughts concerning cultural fit remain in line with everyone else. They want to work in an environment they can thrive within and, as Emilie Mecklenborg put it, “stretch their tech muscles”. A good candidate will instinctively know whether or not an organisation is culturally right for them, and will remove themselves from the running for a role if they feel the cultural fit isn’t there.

A2 Like any candidate the culture needs to align with candidate’s values, goals and career path #TChat #Dice141

A2 A culture that provides opportunities to stretch their tech muscles is a place where tech candidates will thrive. #tchat ‚¬€ Emilie Mecklenborg (@EmilieMeck) April 30, 2014

They know what they want and they understand that in order to grow and be happy and contented within a business, they will need to feel comfortable in the surroundings and culture and feel they are able to use their skills and grow within the company.

A2: Top candidates know what they want in a culture. It’s important to make sure you fit each other. #TChat

A3: Talent communities should serve as a place for the recruiters and candidates to interactive on a deeper level during the process. #TCHAT ‚¬€ Blogging4Jobs (@blogging4jobs) April 30, 2014

A3 Tech talent communities provide a platform for tech candidates to have deeper conversations with recruiters. #tchat

A3: Tech talent communities provide a great source of info to both candidates and employers and a pipeline for future openings. #tchat ‚¬€ Ashleigh Blackwell (@AshleighBlackw) April 30, 2014

A3. Tech communities offer an opportunity to connect and network. #tchat

As such talent communities are felt to be fantastic vehicles for engaging with candidates, building relationships and above all else, networking. Many of the recruiters involved in the discussion also believe, that if you are a part of a talent community, you are ahead of the game when it comes to tech recruiting.

A3: Talent communities are the best way to engage your target audience, open the dialogue and learn while you inspire #tchat

A3 Recruiters using tech communities are being good hunters vs the post-and-pray method preferred by farmer types. #tchat

Indeed! @tanvi_gautam: A3: community is where the conversation is. If you r part if it u r ahead of the game #tchat ‚¬€ TalentCulture (@TalentCulture) April 30, 2014

Question 4:
What feedback can employers give tech candidates who aren’t hired?

Honesty, transparency and clarity are what many recruiters feel candidate’s who are not hired, deserve to hear from the recruiter who has chosen not to proceed with them as a candidate.

It can really help! @savbfcg: A4; Be honest and tell them why. Give them good points and points to work on. #tchat ‚¬€ TalentCulture (@TalentCulture) April 30, 2014

It was generally felt, that if a candidate took the time to apply for the job in the first place, you should take the time to put together a proper response for why they didn’t get the job.

A4. They can tell if you are giving them a canned response for why they aren’t getting hired #TChat

A4 – take the time to coach and make world better not a lameass response from the ATS #tchat ‚¬€ jasonaverbook (@jasonaverbook) April 30, 2014

A4) any honest feedback is good feedback and more than most will get. it differentiates and says a lot about your culture and brand #TChat

Feedback builds better candidate’s for the future and will make the candidate respect your decision, because as Stacy Zapar Donovan said:

Question 5:
What other online services can help tech candidates in their job search?

There was no conclusive answer to this question, but it was generally agreed that candidates should do some initial research into their job search by getting an understanding of the jobs on the market using social media and job boards. By doing so, keywords and phrases recruiters use to advertise available jobs should become obvious and candidates can update their social profiles accordingly in order to appear in recruiters’ candidate searches.

A5. Check job boards and surf social networks to get an understanding on what jobs are currently listed. #tchat

Networking was another suggestion and tech-related conferences seem to be the place to do it in. Whether you present yourself in-person at the conference or use the conference’s hashtag to follow and take part in the conversation around the conference if you can’t attend in person, you should get to know other tech professionals and recruiters in the industry. Relationship building is an essential part of the job search process and tech candidates should embrace it.

Q5: Networking is key. If you want a job in tech, find where these tech people are at. It’s mainly about skill. #tchat

A5 Networking – be where the action is, online or at local events. Get your name and interest out there. #tchat ‚¬€ Emilie Mecklenborg (@EmilieMeck) April 30, 2014

Just as good! @ChaimShapiro: A5 Participate in conferences via the hashtag even if you can’t attend. #TChat

For tech recruiters, it is vitally important that you immerse yourself in tech culture and familiarise yourself with the latest products, skills, terms and online communities, in order to get a better understanding of the candidates you are trying to reach. Then, when you are engaging with tech talent, you can use the knowledge you’ve gathered to send them personalised messages that are relevant to their skill set and prove that you are a recruiter who has done your research, and you understand how and why this tech candidate can benefit this organisation. Do not spam them with irrelevant messages.

Understand also the importance cultural fit has when it comes to a tech candidate’s decision making process. They too want to work in an environment where they can thrive and have the opportunity to flex their skill muscles. Show them how and why they would fit into the organisation.

And finally, if you are letting a candidate down by not offering them a job, be open and honest with your reasons for not hiring them. If you can, always suggest ways in which you feel they could improve, because that candidate may be the very one you wish to hire next week for another job.

For tech candidates, your job search should always start with a little bit of research. Check the various social networks, job boards and talent communities relevant to your industry in order to discover the kind of jobs on offer and also what keywords recruiters are looking to describe them. That way you will be able to ensure your social profile, or anywhere a recruiter may find you, is fully optimised and easily findable.

Also never underestimate the power of networking. It can be easy to get stuck behind a computer screen, but if you can, get yourself out there to physical tech events, conferences and expos and get yourself noticed by the right people.

Tech is a fast paced industry, full of new trends and emerging technologies.…