The 5 Bad Office Habits That We're All Guilty Of 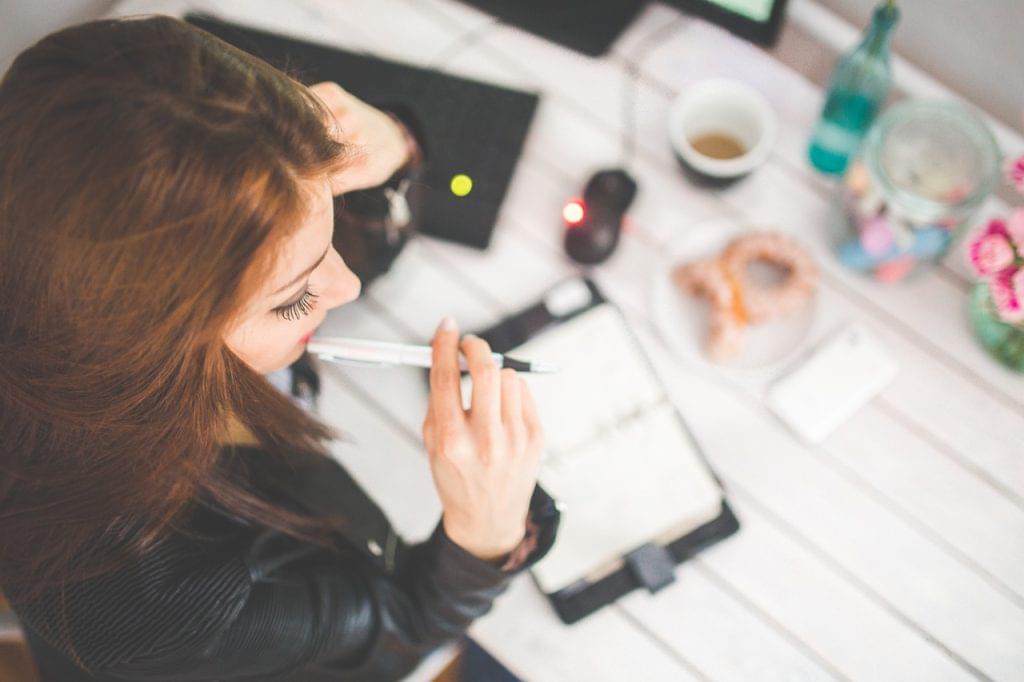 Let’s face it. We can all be a little annoying at times, especially when it comes to our habits in the office. There’s the person that chews gum with their mouth wide open, the person that hoards coffee cups on their desk and the person that doesn’t refill the kettle (excuse us, while we go tear our hair out…)

Today we’re not talking about these types of bad office habits…we’ll leave that for another day! Instead, we’re focusing on the types of bad habits that we all have but don’t even realise. The ones that have a serious effect on our workload and productivity. They say that it takes about 30 days to form a habit. So let’s see how long it takes you to break these…

Yes, we realise that this sounds ludicrous. Multitasking is considered to be a bad habit? Surely you can get way more done when you are chipping away at lots of jobs at the same time, right? WRONG! Ask yourself this – how often do you stop working on a specific task under the ruse of ‘multitasking’, when in reality all that you’re actually doing is moving away from it because you’ve either hit a stumbling block or simply grown tired of the exercise? A lot, we’ll bet. So all that you’re actually doing is fueling your procrastination addiction.

How to break the habit: Instead of jumping from one thing to another constantly, try your best to focus on doing one thing at a time, no matter how painstaking that particular task might be. That way, when it’s done you can move onto the next task, rather than half-heartedly working on lots of different tasks and not really getting anywhere. Try to avoid having lots of tabs or windows open on your computer so that the temptation to poke around isn’t there.

Bad Habit #2: Opening emails as soon as you receive them

We’re a curious bunch really, aren’t we? The second that we see a new email notification, we’re straight to our inbox to find out who the message is from and what it’s about. It generally doesn’t matter what you’re working on at that moment in time, email trumps all.

This is a big mistake. Why? Easy. How often do you open an email and respond to it on the spot? Sometimes, we’re sure. But how often do you open an email, sigh, say you’ll deal with it later and mark it as unread, only to go back to it later and do the exact same thing? Probably more often than not, right? It’s probably one of the toughest habits to break, but if you can, it’s well worth it to only read your emails when you’re in a position to respond to them. Otherwise, you’re just wasting time and energy that could be spent on doing something more productive.

How to break the habit: The first thing that you should do is to turn off notifications for new emails on your computer. Pop-ups will only distract you from whatever task you’re working on. If you do have a sneaky peek (which is understandable…) you should get a fair idea from looking at the subject lines whether or not anything is so urgent that it can’t wait. What we wouldn’t recommend, however, is waiting until the end of the work day to answer emails. Chances are, you’ll rush through them and send out half-hearted responses, just so that you don’t have to deal with them the following day. Big no no.

A colleague or manager asks you to complete a project and asks when you’ll have it done. Panicking, you list a date off the top of your head, rather than actually calculating how long the process will take. Like when you’re on the phone to a stranger and they ask you if you have a pen to take down a number, you just say yes whether you do or not…what’s that all about, anyway?! You just figure you’ll sort it out somehow. Then, when the time rolls around you inevitably have to tell that person that it may be another couple of days. Not ideal.

How to break the habit: When you’re asked to do something and asked for a delivery date, take a moment to think about it. Think to yourself ‘Realistically, when will I actually get this done?’ Maybe you have a lot of off-site meetings that week, or are going on annual leave in a couple of days. Explain this and give a realistic timeframe of when you can deliver. Then (and this is the important part) follow through! Otherwise, you’ll undoubtedly get a reputation for being the person who ‘cries wolf’ all the time.

Bad Habit #4: Being glued to technology

Have you ever read an email out of hours, but then forgot to actually answer it the following day, because you had marked it as ‘read’ the night before? As hard as it is to do, you really need to try to disconnect from work at some point. Being tuned into emails at all hours won’t make you a better worker. In fact, it could very possibly have the opposite effect. 99% of the times that you check and read your emails out of office hours, you probably don’t respond, do you? Instead, you just mull it them, sometimes annoyed that the sender has asked this of you at this hour of the day. But newsflash…they actually didn’t!

How to break the habit: It might not be realistic for everyone, but if possible, switch off your work emails on your phone when you leave the office. At the very least, switch off your notifications for new emails. And remember – if something is so urgent that it needs to be dealt with immediately, you will probably get a phone call about it, rather than an email – unless it’s the nature of the job that you’re in, that is.

We’re all well aware of this one. We know it’s not a good habit to eat lunch at our desks, yet we simply can’t help ourselves. However, if you regularly work through lunch, you’ll probably find yourself losing all interest in work around 4pm, are we right? It’s quite simple – you need to take a breather from work, we don’t care how busy you are. Even by simply taking a quick walk around the office, at the very least you’ll clear your head. You may also come up with ideas and solutions just by stepping away from your computer.

Also, here’s some food for thought: very little multitasking can actually take place when you’re eating. Honestly, how much work can you output when you’re constantly back and forth to your food?

How to break the habit: There’s only one way to break this bad habit…step away from the computer! Try having lunch in the company canteen or going for a walk during lunch hour every day. Try it out for the next 30 days. We guarantee that the amount of work that you churn out in that month will not be in any way affected by you taking an hour to refresh every day. In fact, we predict that you’ll notice the opposite effect – your output will actually increase! Why? Because you’re not passing out into your keyboard at 4pm, that’s why!