The 6 Deadliest Networking Mistakes a Recruiter Can Make 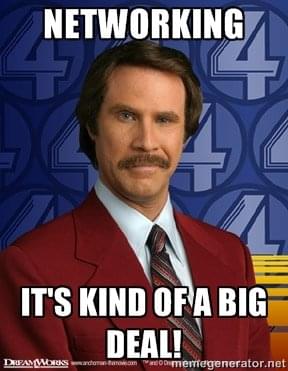 When we talk about “social networks” these days, it’s very easy to immediately jump in and start thinking about the likes of LinkedIn, Facebook, Twitter, Instagram and so on. But we’re really missing an opportunity if everything we’re doing to build our social networks is an online process. Social networking is as much about getting out and meeting people face to face, as it is to message/tweet/Facebook them from the comfort of our desks. And networking events are the perfect place to get out and meet face to face.

However, our preference for online networking has meant that many of us have developed unfortunate real-life networking behaviours that can actually inhibit us from building real relationships with new contacts. But the good news is, many of these bad behaviours are easily recognisable and not that hard to set right.

So, here’s 6 networking mistakes you might not even realise you’re making  – and 6 ways you can stop making them: 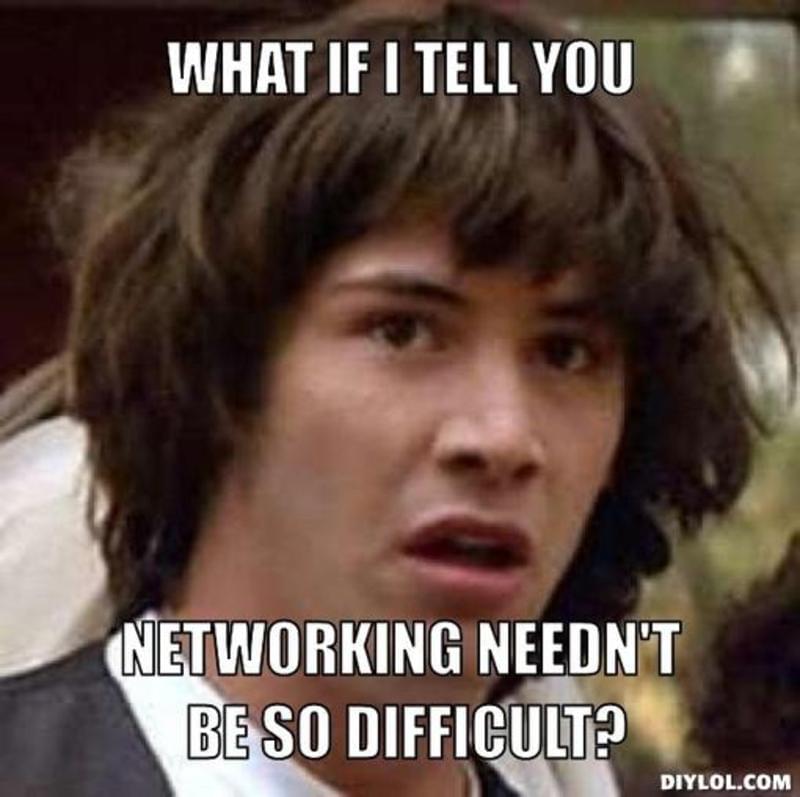 Mistake #1: Having a pre-determined list of individuals you want to speak to.

If you go to recruitment networking events with the sole intention of speaking to people only of value to you, you will fail in your networking endeavors. Valuing people based only on the size of their network or the sway of their company is the biggest networking mistake a recruiter can make.

People as a whole are interesting and useful. And you should never discount someone just because their job title or company isn’t listed on the Fortune 500 or the like. Who knows, they might be the very person to help you out of a fix you didn’t anticipate in the future.

The Fix:
Don’t go to networking events with a specific objective in mind. Remember, each and every person at an event is valuable as an individual. Get to know different people for who they are, not what they can do for you. 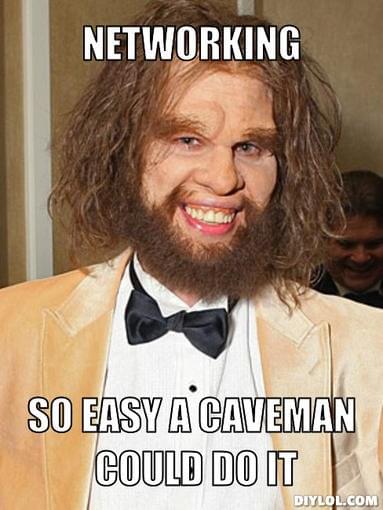 Would you go up to a friend, interrupt his/her conversation, hand over a business card, talk about only yourself and then walk away? Of course not! You’d engage them by asking if they’d watched the football last night and seen that magnificent goal in the final minute. You’d ask them if they’d watched last Sunday’s nail-biting episode of Game of Thrones. You’d ask them which speakers they’d enjoyed most at the event so far? Why they’d enjoyed them? And who they’d recommend you go and see?

You’d be authentic and genuine in your approach to a conversation and you’re demeanour, and you should be exactly the same when approaching strangers at events. Remember these people are there for the same reason you are – to meet new people! So the friendlier you are and the easier you are to talk to, the more comfortable they’ll feel in your presence and the more open to a relationship they’ll be.

Treat networking relationships as you’d treat your friendships. Build rapport by asking open-ended questions. Who? What? Where? When? How? These sorts of questions promote discussion and show others that you are interested in them and what they have to say. Most people love to talk about themselves, so let them. By taking an interest in your contact, you will make them feel valued – and hopefully interested in continuing the relationship. 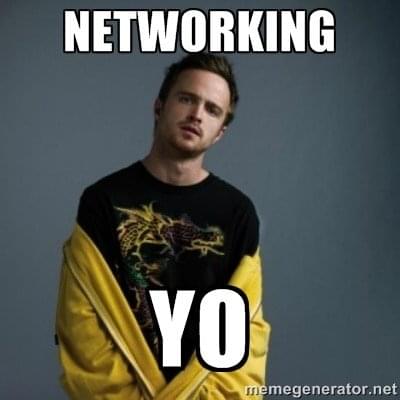 Mistake #3: Going in for the hard sell.

No one likes being primed for the pump. In fact, there really is nothing worse at an event than being targeted by someone who very obviously, is only asking you a question in order to get to what they really want out of you. Networking is about building relationships with people who will be happy to tell others about who you are and what you do. If you’re focused on the win you have in mind, then you’re not really networking.

When you are interested in learning about someone entirely for the sake of learning about the other person, you will leave a lasting impression as someone who genuinely cares. But when you’re only interested in finding out information so that you can use it to make yourself or your company seem interesting to that person… well, my friend you have slipped into the “scorched-earth networking” category, and that’s really not a good place to be.

The Fix:
Instead of pushing people to extend themselves for you, ask them “How can I be useful to you?” When you focus on “giving” and being helpful to others, the “getting” will come later. And sometimes in unexpected ways. When you are generous, people will notice and respect you for your kind nature not your alternative agenda! Try not to think about what they can do for you just yet. Remember, the goal of networking is to broaden your network and make meaningful connections. The help will follow. 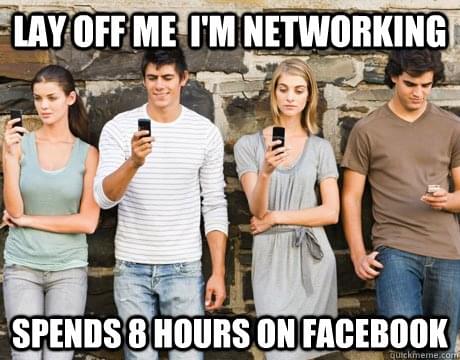 This has to be one of the most frustrating things ever. How do you expect to meet anyone new or have any meaningful conversations with people, if your eyes are constantly glued to your smartphone screen?!

I know it’s tempting to plan your business calls and check your emails during the breaks, but the morning breakfast, coffee breaks, midday lunch and evening drinks at events and conferences are there to be utilised solely for networking. Start talking to your fellow attendees! That’s what you’re there for!! Which keynote did they enjoy this morning? How did they get involved with the [insert relevant industry here]? Have they seen any interesting tech? Get to know people and give them your full attention when engaging with them.

Put your phone away! The only time you should EVER have your phone out at an event is to tweet during a seminar. That’s it. End of. Other then that, you should be concentrating on the here and now and the person/people you’re with. Your Facebook profile, your work emails and Candy Crush will all be waiting for you when the event is over.

Mistake #5: Being a card spammer.

Picture this… you’re standing at a networking event having a great conversation and then bam someone rudely interrupts, throws a business card at you and walks away before you even had the chance to say hello.

Urgh! You might as well dump all your business cards in a bin, if your card-giving approach is to hand them out to anyone and everyone you encounter throughout the day. If a person hasn’t had a conversation with you, why should they bother to take your business card? They don’t know you, they know anything about you, and you’ve basically just walked up to them and shouted “Look at me, look at me!” in their face, before walking in the opposite direction. 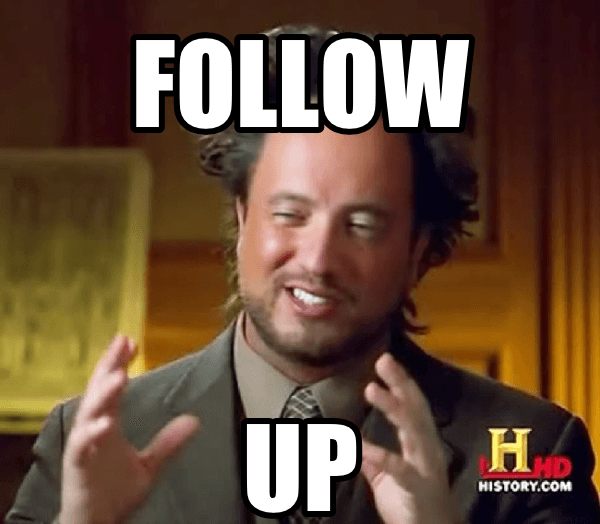 Mistake #6: Not following up.

Sadly, the follow-up is the most neglected part of the networking process. Most people tend to forget that meeting someone is just the first step in networking. In order to forge a lasting relationship (and make sure people don’t forget you), you need to follow up. Every. Single. Time.

Following up reminds them who you are, why they were talking to you, and it shows that you are interested in exploring/maintaining a relationship. And because the follow up aspect is so overlooked, you can really stand out just by the simple act of reaching out.

The Fix:
Follow up! And do so within 48 hours of meeting the person. Even if you’re not sure he/she will remember you, you can bet that they will be grateful that you took the time out of your day to send them to get in touch. But, don’t send generic “nice to meet you” emails. That’s boring. Instead, dig up something that’s useful to them – a link to an article, a list of apps you think they’ll benefit from using – particularly if it’s of relevance to what you spoke about at the event. Oh, and if you told a networking contact that you would do something for them, do it. You’ll feel less like a self-promoter,  you’ll solidify your reputation as a courteous individual, and you’ll make a lasting impression in the process.

Networking isn’t about short-term gain, but about learning, growing, and forming connections. Adopt good social habits, and you’ll see your skills and comfort improve, your opportunities increase, and your relationships grow—for the long haul. Now get out their and take the networking world by storm!