The Candidate Experience: Why The Recruitment Process is Failing Jobseekers

Live Register figures are high worldwide, and with entire industries dying a death, structural unemployment is becoming a problem that few economies know how to fix. Returning to education, emigrating to construction-focused economies thousands of miles away, or just hoping for the best are some of the methods that redundant jobseekers are using to remain employed or find work.

Every recruiter on the ground knows that there’s a two-tier system in the labour market at present. In-demand skills, like accountancy/finance, IT, life-sciences and marketing are like hen’s teeth, and companies are fighting amongst themselves for their share of the talent pool worldwide. Those outside of these markets that are unemployed, especially for 3 months to a year or more, are left listlessly applying for jobs that hundreds of thousands of other unemployed jobseekers are fighting for too. No one wins. 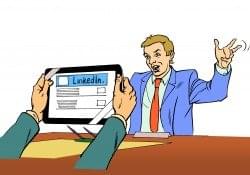 As recruiters, we are in the People Business. We trade in talent, and sell skills. People trust and expect certain things from us people in the People Business. The expectations of us are not lofty or over-reaching, they are simple demands and common courtesy. And yet, as recruiters, our processes are failing jobseekers. Their disappointment is our fault, and ours to fix.

In an interview on TodayFM’s The Last Word yesterday evening, Jane Downes, career coach and author of “The Career Book: Help For The Restless Realist” gave the results of a recent survey of jobseekers and their experience of the recruitment process. The survey revealed areas where both the jobseeker and the hiring organisations/recruiters can do better. The recommendations for jobseekers is for another blog, this one is a cold hard look at ourselves, the recruiters, in the mirror.

Applying for Roles – The Applicant’s Experience

For our industry, the mystery shopper results reveal a blatant lack of respect and regard for the efforts of applicants and jobseekers, with 77% of people surveyed saying they received “absolutely no communication from a company after sending in their CV to an advertised position”, no acknowledgement of receipt of their application, no “no thanks” – nothing. 77 per cent.

How can we fix this?

Recruiters and HR teams who receive applications or CV’s by email can set up an auto-responder which will automatically send an email to acknowledge a jobseeker’s application. Even this small step would go some way towards improving the candidate’s experience when applying for a job through you. Here’s a guide for setting up an Auto-Responder in Outlook and Google Apps Email. Customer management systems like Salesforce and many more have this feature as a given.

Sending an Auto-Responder email message, thanking applicants for sending in their CV, letting them know what to expect from the application process (ie, when you expect to actually read their CV, tips for the recruitment process, who to get in touch with, who will respond and when), will massively improve your organisation’s interaction with jobseekers and help you stand out from the crowd of other companies who simply leave applicants in the dark. Get back to your roots of being People people and be nice. Communication is the key. This is just one very small solution to this problem. Not convinced that an auto responder will work? Try responding with an embedded YouTube video that spends 60 seconds thanking the applicant, introducing the recruitment team and setting expectations. Dont blame the technology if you think auto-responders are impersonal, blame the person who wrote the impersonal reply or whom wasn’t creative enough to think of something different!

Emer Kearns, recruiter with Zynga Games in Dublin will be leading a track on the candidate experience at TruDublin next Wednesday (16th May), telling of Zynga’s communication with applicants. Their aim is to respond individually to every single application, and she says that some of their most successful hires have been people who had little or no directly relevant experience in their industry but they took the chance and it’s really paid off.

Another finding from the survey by Downes, was that 40% of candidates experienced an “unacceptable time lapse” between responses to a first-round interview and receiving a second interview. An “unacceptable time” was considered 2-3 weeks. Imagine not hearing anything back from your interview. You were sure it went well – yes you were nervous and geared up and excited about the prospect of maybe starting a new job. But then you heard nothing for 2-3 weeks, were left in limbo, and now you’re expected to still want to interview for a second time weeks later? Puh-lease…

How can we fix this?

The expectation of the recruitment process has to be made clear from the beginning by the hiring organisation to the candidate, explaining clearly what timescales you are working towards. We know that things happen that are beyond our control – the role gets put on hold, more urgent projects get prioritised ahead of filling the role, unexpected absences or events all lead to a delay in the interview process. Again, communication is key here – simply let those you’ve interviewed know where they stand and what’s going on, keep them in the loop and therefore on-side. While jobseekers can sometimes be desperate for a job, many don’t want to work for a desperately bad company that can’t get their act together and keep the process moving.

We forget that in an “employer’s market” we still have to sell ourselves as an employer to the applicant, not just them selling themselves to us in the hope they are selected and hired. We seem to have lost sight of the communication trail, allowing 40% of jobseekers to experience unacceptable delays. Simple alerts can be set up in most CRM or ATS systems to remind you to get back to people or you could invest in technology that makes the experience even more unique. Irish company MobileJobs have developed mobile apps for recruiters that allow applicants to keep track of their interview and received push-notification feedback on interviews through the app. What a great alert to receive: “Hi Holly, Good news, your 2nd interview has been confirmed”. There are tons of solutions like these; investigate them and choose one that works for your process.

Yet another shocking finding of this survey was that 28% of respondents experienced a “noticeable lack of respect or understanding from the interviewing panel”, and felt “their situation wasn’t being listened to or acknowledged”. Downes says that interviewed candidates felt the interviewers showed “no sense of empathy to their situation”, with 21% of active jobseekers having applied for 30 or more jobs over a twelve month period.

I believe our key take-aways from this survey, whether we work as an agency recruiter or hiring manager in-house, are that we need to refocus ourselves on our customers: the applicants. We need to talk to them. We need to listen to them. We need to be upfront, give advice and be efficient in our hiring processes. If we don’t improve, our brand as a hiring organisation or agency will continue to tarnish.

Applicants don’t want false praise, they don’t need to be told how brilliant they are, ‘cos let’s face it , many of them won’t be. They just want to hear from you. This is a communication issue, plain and simple. Imagine you go on a date, you get on great, you share stories, tell each other all about yourselves, exchange numbers and say “we must do this again”. How do you feel when the other person never calls? They never reply to your email or text, nada. Feels kinda crap, doesn’t it? You start to get angry, don’t you? You know what? That person probably isn’t such a bad person – heck, you’ve probably been that person once or twice yourself, but your reputation is tarnished forever in their eyes and you can be sure the other person is going to tell their friends all about how nasty you are.

Don’t be an ass, let people know where they stand. Rejection isn’t so hard, people would rather be rejected than left with nothing. Grow up, agree on a communications policy and stick to it. It’s actually not that hard once you try.