Why NOT to Buy Twitter Followers (Some Essential Tips To Avoid!)

I have something to admit. It is a truth which I have never written about but always meant to. Here goes:

They were purchased with the intention of it being an experiment, which I would write the results of in a blog. I never got around to writing the blog at the time, and so it just pushed to the wayside. I was asked about it recently, which is why I’m admitting the truth now. Truth is, I deeply regret doing so. I would never promote such a practice and here’s why.

Before the experiment, I was a happy-go-lucky member of Twitter, listening and tweeting away. I attended conferences every so often, and would gain a few followers (perhaps 30-50 each) from these. I wasn’t one for massive public audiences, and I am not famous. Having 552 twitter followers was already a big deal!

I heard about the practicalities of purchasing Twitter followers from a friend when I was attending SHRM National in Chicago back in 2013, and learned that it was super easy and ridiculously cheap. I went on to Fiverr.com and saw loads of people offering 5,000 Twitter Followers for $5, and a few offering 10,000 Twitter followers for $10. I went with the 10. Because, you know, Twitter. Secretly, I was hoping that I would look more impressive.

My purchase was confirmed, and sure enough the following morning, around 9am, The Following commenced. What happened next was insane. My poor Gmail inbox exploded (this was before the auto-folders for social media updates in Gmail). My phone gave up on beeping. For a solid 5 minutes, hundreds of people were following me every second. It was like a swarm, and then just as suddenly as it began, it stopped.

My final number of followers tallied in at around 11,000 (so a few hundred thrown in for free). Bargain. A quick scan through the followers’ profiles revealed fake profiles, complete gibberish profiles or completely blank ones. Encouraging…

Over the next few days and weeks, the number started dropping by a few hundred. Twitter regularly purge fake profiles from its network, meaning that instantly your follower number would drop as fakes are removed.

I would still get people following me, at pretty much the same rate as before. However, any new followers were fewer than those being purged from Twitter or dropping off, so my number of followers went from 11k to just over 7.5k where it sits today.

Since half of my original purchased followers have died off over the last two years, it is my opinion that having a large number of followers (real or fake) had a profound positive impact on encouraging new people to follow.

Why do fake followers you’ve paid for stop following you?

Twitter have a rule that you are bound to a following:follower ratio. Twitter don’t want you to be following 2,000 people and have no followers, basically to stop Follower Farms from their practices of following people for money.

So, in order for my purchased followers to follow their next paying customer, they have to unfollow a few of their old customers to stay within the allowed ratio.

Are people impressed by your number of followers?

Initially yeah, they are. However, it’s really easy to be found out. Free tools like StatusPeople.com will tell you exactly how many fake, inactive and active accounts follow you, and you can search for others (for example, we can tell that the most followed person on Twitter, one Katy Perry, has 2,972,905 fake followers).

According to StatusPeople, I have about 5.9k fake followers, so roughly half of those that I paid a whole ten bucks for, have dropped off. The other 2k are genuine followers.

Social Proof is a method of persuasion that is really powerful, and can sway someone’s perception of a brand or person. Anecdotally, I know of one person who successfully landed a social media manager role, after boasting about their 4k followers on Twitter (which they had purchased only a few weeks before) during their interview. Hundreds of thousands of brands have bought followers before a big advertising campaign so that when potential customers went searching for them, they saw that loads of other people were already following them, so followed them too.

What’s so bad about having thousands of “Fake” followers?

Imagine having to rent a crowd for your wedding. Pointless (because it defeats the whole purpose of your “big do” being about your family and friends), and utterly depressing (because you obviously *have* no family or friends). That’s what you’re doing when you purchase followers. You’re tweeting to a crowd that’s not there.

It’s much more effective to talk to people who want to listen to you. Otherwise, you’re wasting your breath.

So how can I increase Twitter followers without resorting to buying followers?

There are lots of things you can do to naturally boost your Twitter followers for the right reasons. These are steps that I have taken since, resulting in a community of people I frequently talk to on Twitter, do business with, get insights and information from.

Like news articles, blogs, interesting and relevant industry research or insight. When you tweet it, tag the author.

Your Complete Guide to: Emailing Passive Candidates http://t.co/EoONiCtzma via @socialtalent

Mentioning the author in your tweet will mean they’re alerted that you’ve shared their content, and most often they’ll retweet your tweet to their network, or start up a conversation (which is cool!). I have started numerous conversations on Twitter with amazing article authors and industry pro’s, and have had umpteen retweets from same. I often see a spike in people following me from that retweet, as I would be introduced to their network.

As readers on Twitter search for content relating to a particular topic, your tweet can be found. It’s a nice way for people to realise you exist!

I try not to over-do it on hashtags (this ain’t Instagram!), but I will always live-tweet through conferences and events on their dedicated hashtag. This will also include my favourite TV shows. #GBBO 😉

It’s pretty common for people with high twitter follower numbers to have very high numbers of tweets sent (over 15,000 over the course of their Twitter membership). So rather than just using Twitter as a personal newspaper, share content regularly and often! There are a multitude of tools which will help you to send tweets, including suggested content. One of my absolute favourites is Buffer, which is free, and will tweet your tweets throughout the day at pre-determined times instead of all in one burst.

I carried out an experiment while I was on a two-week vacation from work earlier this summer. For the first few days before heading off to Spain, I was at home reading a huge amount. Great articles I found online I simply added to my Buffer feed and I quickly built up a huge buffer of Tweets and LinkedIn posts. While I wasn’t actively tweeting, Buffer sent out my tweets up to 8 times during the day. During those two weeks that I wasn’t at work, I gained an additional 150 followers, simply from tweeting more often (all automated!) while I was backpacking around Spain.

Include your Twitter handle in lots of places, from your business cards to your LinkedIn account, your email signature and in your company bio. 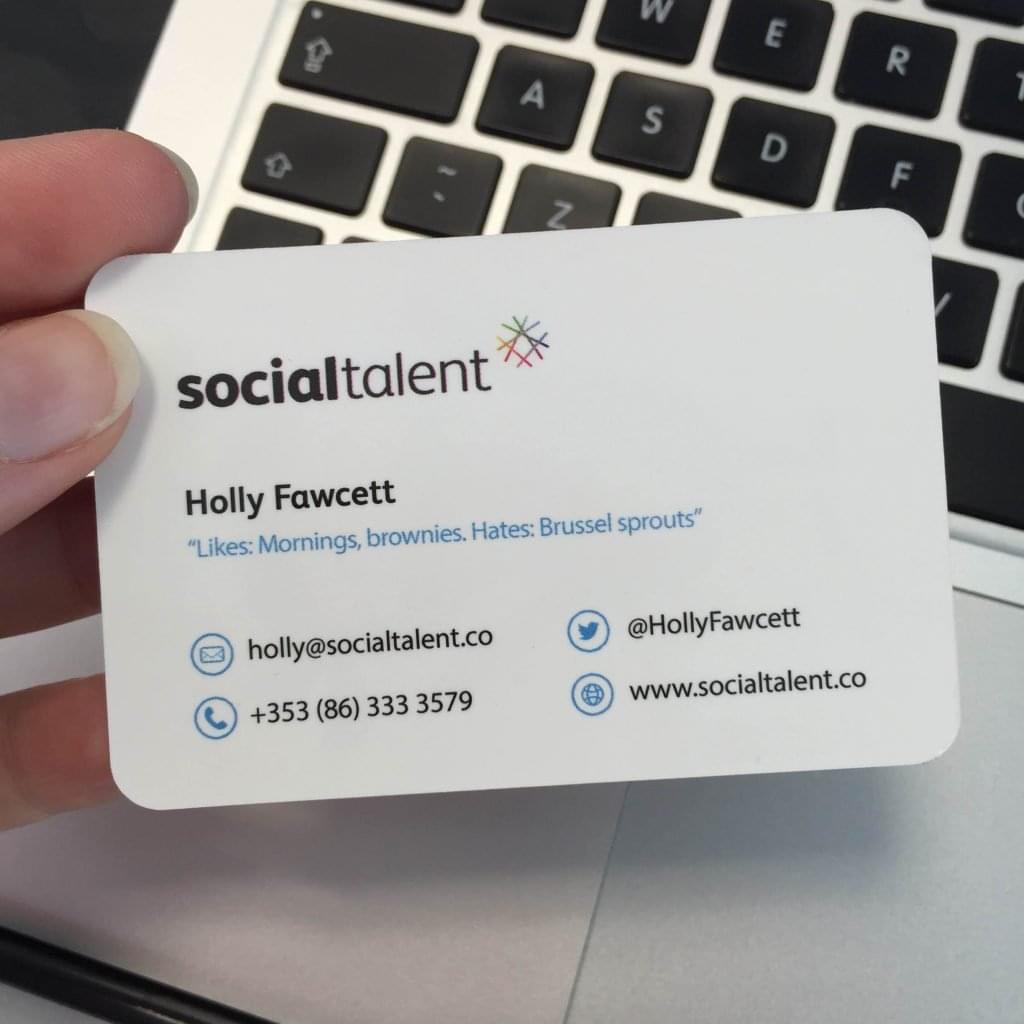 5. Write an interesting bio that tells others a bit about you.

Be sure to include keywords relating to what you do, and include your website (or link to your professional online profile, like LinkedIn or About.me). Humour is a nice ice-breaker, but including something personal about yourself (like that you enjoy foreign films, or have 2 great kids plus one bad one, or your favourite food) will help build relationships. 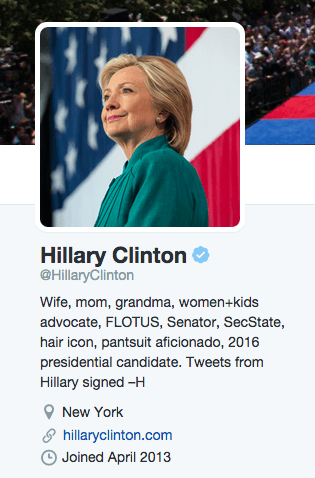 Following industry thought-leaders who tweet often, people you find interesting (or hilariously funny!), and influential Tweeters will do a couple of things:

Have you ever purchased Twitter followers? What has been your experience, and would you recommend it? I’d love to hear your thoughts in the comments!