10 Ways Usain Bolt Is Exactly Like A Sourcing Ninja 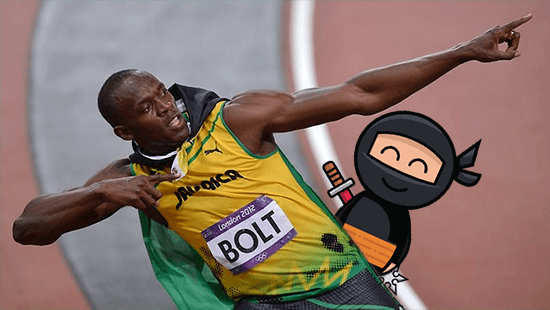 What an athlete! Usain Bolt has taken gold yet again in the Olympic 100m, making him the first person to win the Olympic 100m three consecutive times. As we drooled over his innate ability to effortlessly leave runners in his wake every time he hits the track, we found that his skills and characteristics very much resemble a Sourcing Ninja.

If you don’t know what a Sourcing Ninja is, it is a recruiter who, using our platform, has mastered the art of internet recruitment to find, attract and engage talent better than anyone else. So let’s dig in and see how the fastest man on the planet is just like one of our Sourcing Ninjas! 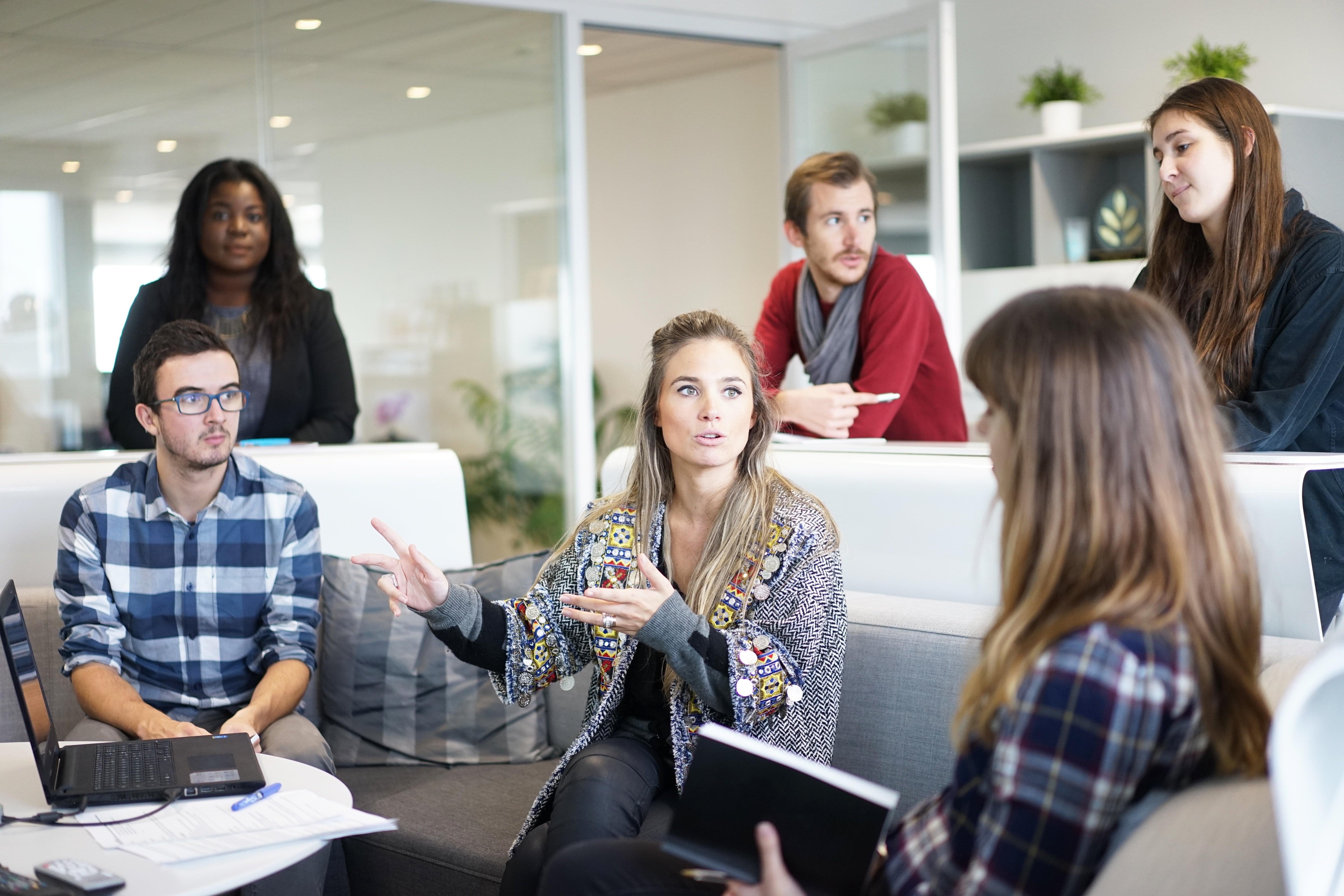 It’s safe to say that the reason as to why Usain has got where he is today is as much to do with his training regime than anything else. Even though top sprinters are typically short and muscular, Usain has developed a physique that allows his 6′ 5″” frame gain an advantage over his competitors. Usain says, “there are no secrets. You just have to develop strength, power, acceleration and technique”.

Just like Usain, our Sourcing Ninjas also put a lot of effort into their training. Future sourcing ninjas access our enterprise-scale platform which pools from a bank of over 50 hours of expert learning to ensure they are world-class! 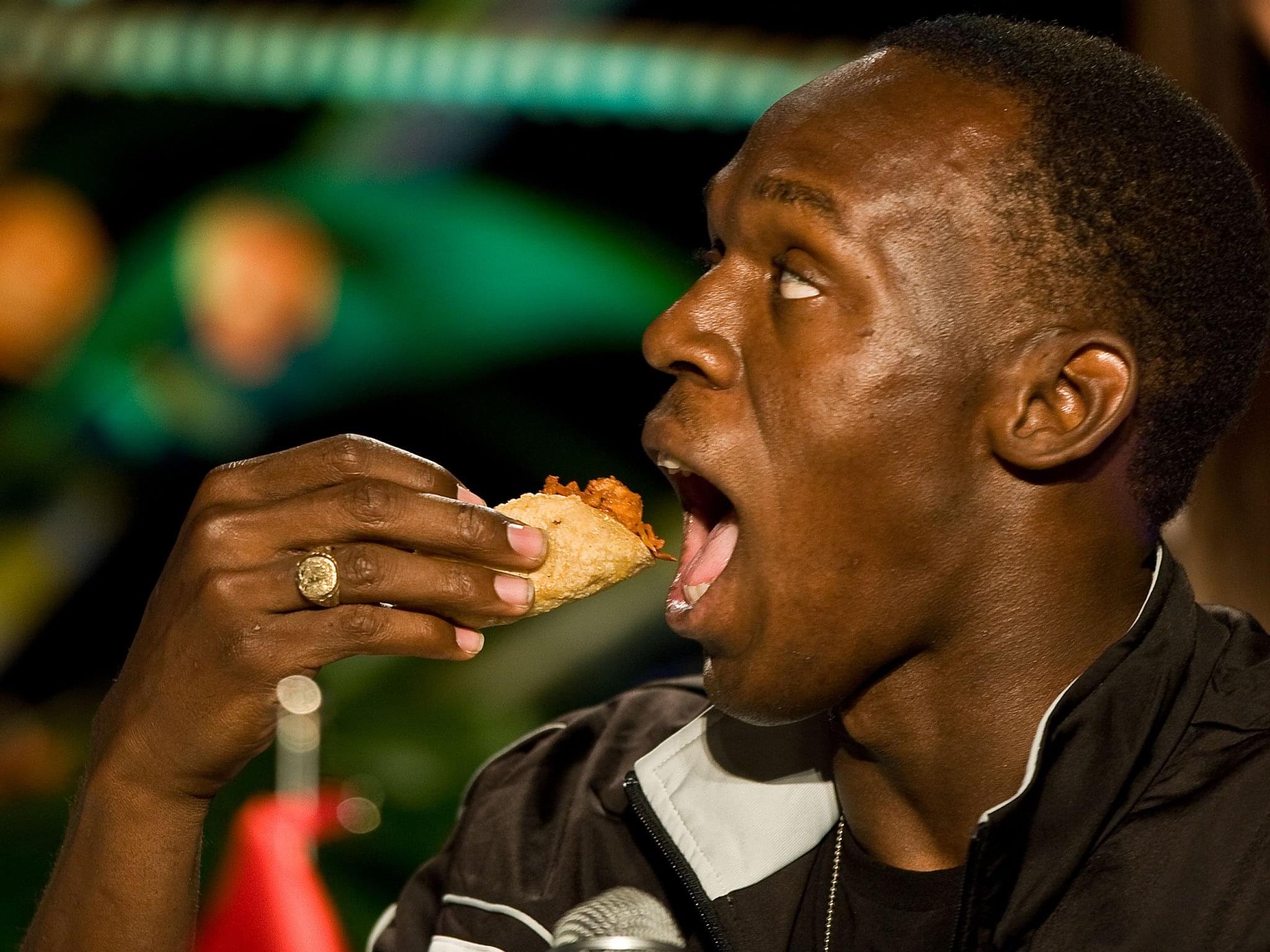 2. You Iron Out Bad Habits

At Beijing 2008, Usain revealed his much sought-after diet. No it wasn’t made up of pasta, fish, fruits and vegetables. It was (*drumroll)…chicken nuggets! Usain said, “At first I ate a box of 20 for lunch, then another for dinner. The next day I had two boxes for breakfast, one for lunch and then another couple in the evening. I even grabbed some fries and an apple pie to go with it”. Even though he still broke records in 2008, it was hardly the optimum diet to reach his peak and we can presume he didn’t continue this diet for London and Rio!

Sourcing Ninjas also learn to iron out bad habits. From sticking to the status quo, not taking advantage of new technologies or trends, or not picking up the phone to contact candidates, you will learn how to use proactive learning tools to support you in becoming a modern recruiter!

(RELATED: The Modern Recruiter: 5 Crucial Skills You Need to Have) 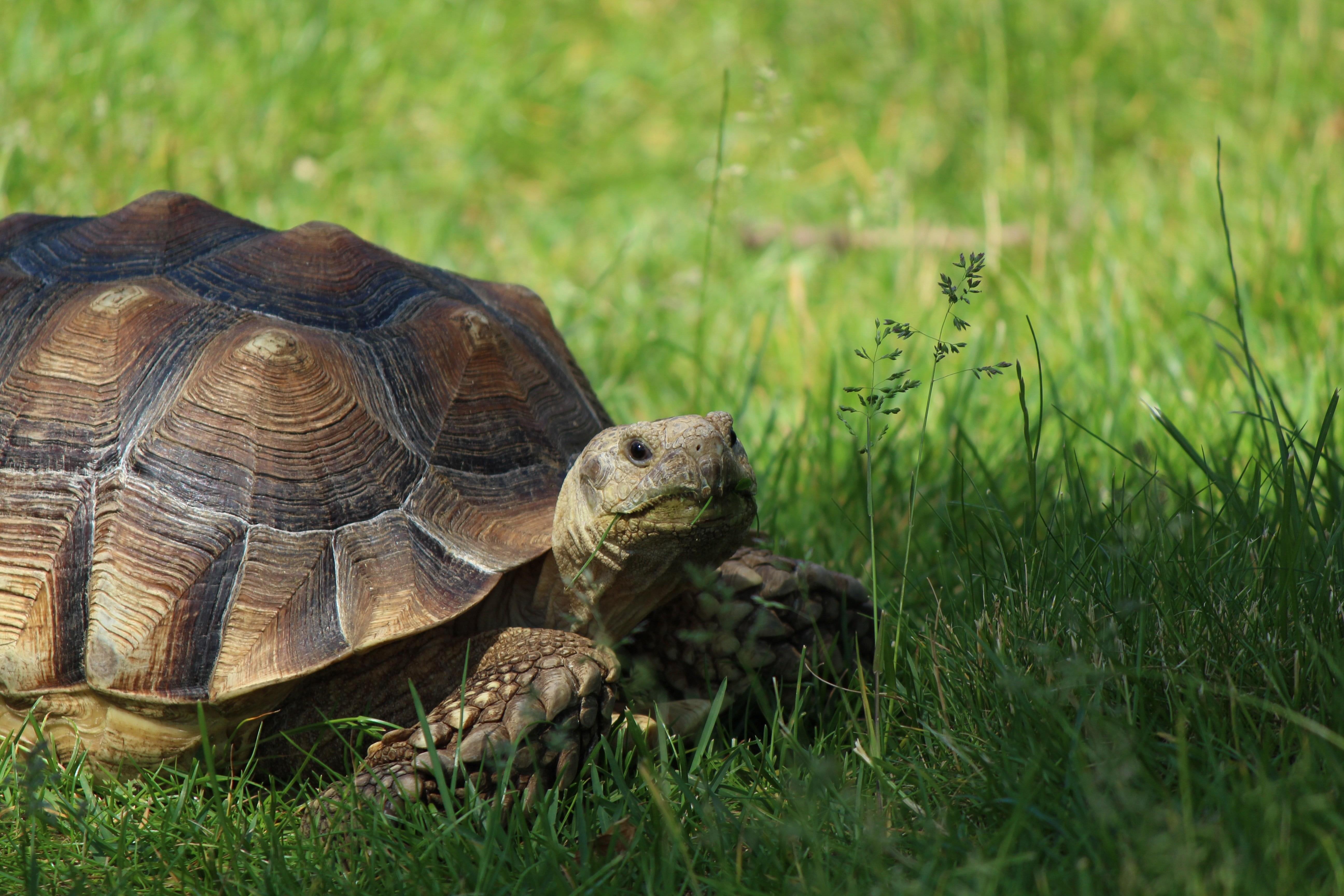 If you follow sprinting, you will know that Usain has an almost customary slow start for each of his races. He has never been the quickest of starters, typically trailing his competitors in the early stages.

As the saying goes, “starting is the hardest part” so you may be slow in getting in getting started with your training. At the beginning stages, you are not quite a fully certified ninja but at least you have started! 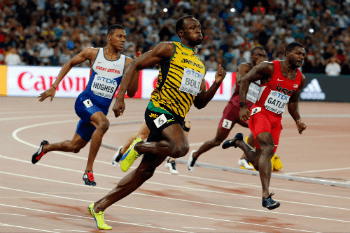 4. …But You Will Build Up Speed

Despite almost always starting his races slow, Usain usually picks up the speed very quickly before storming towards the finish line. He is so superior to his competitors that even the issue of the slow start is irrelevant and almost forgotten about when he is on the centre of the podium.

Similarly with our platform – as ninjas get their teeth into our interactive content, they will quickly realise the expert information they are digesting and are motivated to learn more. Before they know it, they are flying through each of our courses and fast approaching the final exam.

5. You Will Always Be A Step Ahead 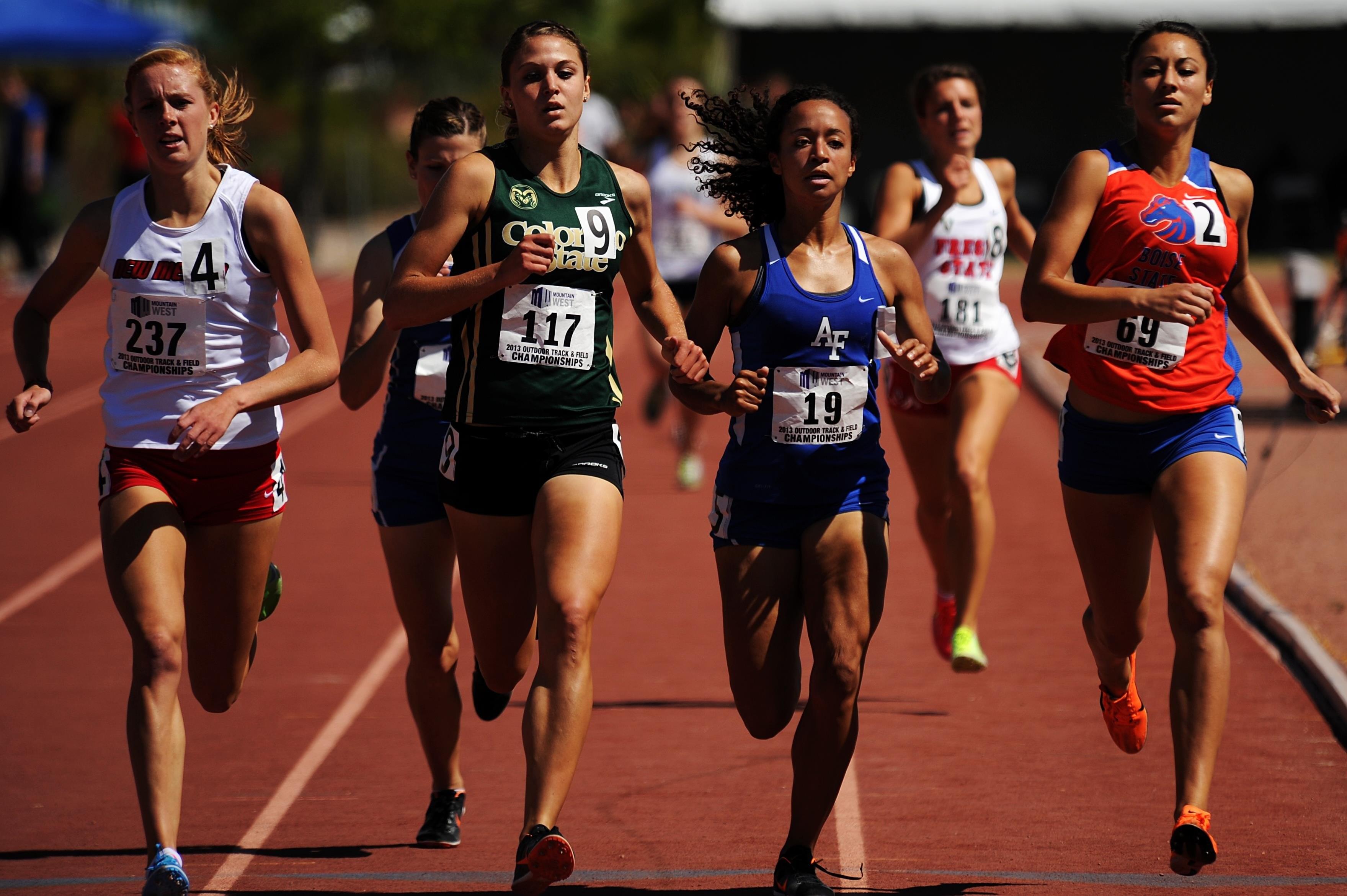 Armed with the new tools & techniques as well as brand new recruitment concepts, you will be at least 30% more productive once you become a fully fledged sourcing ninja. Source faster, not harder!

6. You Are The Best There Is

Usain is the fastest person ever timed. He is the most successful athlete of the World Championships, having won it eleven times. In 2008, he was the first man at the Olympics to win six gold medals for sprinting. After his 100m win in Rio, he became to person to win three consecutive Olympic 100m titles. To say he’s pretty damn good would be an understatement.

Our goal is to help you become the best recruiter you can possibly be. By becoming a Sourcing Ninja, you will learn how to master the art of internet recruitment to find, attract and engage talent better than anyone else.

7. You Will Win Consistently 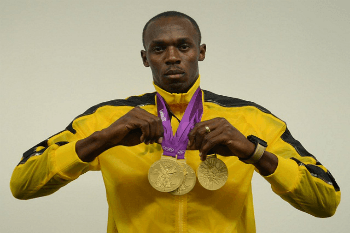 It is clear by now that Usain is pretty consistent, having just won gold yet again as well as regularly winning World Championships. He has totally dominated men’s running since 2008. 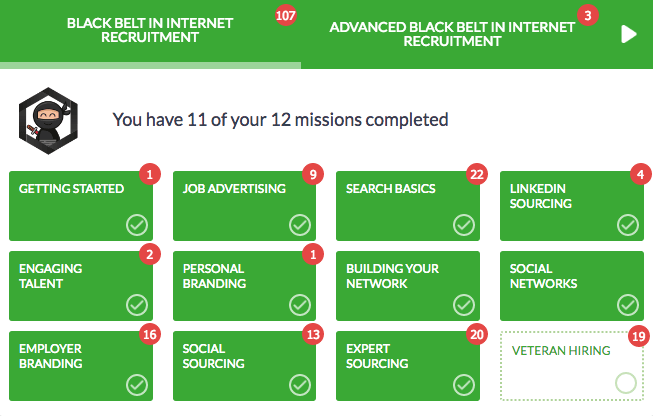 We already mentioned how Usain is notoriously a slow starter. That being said, he has learned to improve his reaction times over the years as he gains more experience. He has done this through continuous training and taking what his coaches have to say and applying that.

Continuous learning is key to development and by keeping up to date with our regularly updated content, you will not get left behind, whether it’s the latest technology, techniques or tools.

9. You Can Learn As Part Of A Team 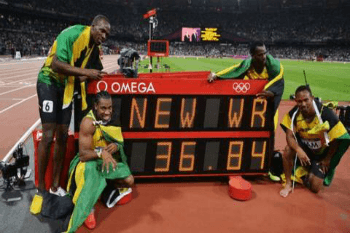 Usain isn’t just amazing at singles men racing you know – he regularly wins team relays too! He has won consecutive 4 x 100m relay gold medals from 2009 to 2015. He has also helped Jamaica to an astonishing three 4 x 100m relay world records. Safe to say that Usain is an excellent team player!

Anyone can become a Sourcing Ninja and that includes teams! If you are part of a larger team, the great thing is that you can share best practices in your quest to becoming a Sourcing Ninja. Pooling your new knowledge and skills with team members will help you recruit faster and better.

(RELATED: The Ultimate Guide to Building A Kick-Ass Recruitment Team)

10. You Will Have Fun Throughout

The one thing you can say about Usain is that he always has a smile on his face. You can tell he’s loving this moment and is grateful for having the opportunity to do what loves on the world stage. It probably helps when you’re winning all of the time and breaking multiple records but Usain brings a wave of positivity as soon as he enters the race track. He also loves a good party after celebrating!

At the risk of sounding nerdy, being a Sourcing Ninja is all about having fun! Whether it’s practically applying something you have learned in an episode and seeing immediate results, or seeing who’s going to pass the final exam first in your team, you are guaranteed to be entertained as you go through the content. The fact that we have the recruitment legends and speakers presenting the courses also helps!