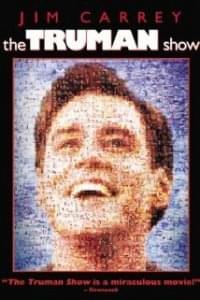 Do you remember the The Truman Show.  In the movie, Jim Carrey plays a guy called Truman who is the star of a TV show called the Truman Show wherein he is the only cast member who doesn’t know it’s a show. His every moment from birth is video-taped by secret cameras and broadcast to the world. The show is the highest rated TV show in the world and people tune in 24 hours a day for a glimpse of what is actually a rather ordinary life. Jim’s character literally can’t visit the bathroom without it being captured on camera and broadcast to the world.

It’s a great movie. When it was released it created a brief flurry of debate about privacy and reality TV shows. Then we all threw our empty popcorn bucket in the bin and went home. Nothing to concern ourselves about in the real world!

Fast forward 15 years (yes, it’s been that long!) and we exist today in a world wherein everyone has a camera in their pocket and the photos they take can be shared with thousands (or even millions) of people within a few simple clicks. Sites like Facebook will find your face in a friend’s photo and before you know it, a photo of you that you didn’t know had been taken has been tagged and your friends and family have been notified!

Yes, it can be kind of daunting and maybe even a little scary but we’re still a far cry from the Truman Show’s 24 hour life-cast! Or are we? 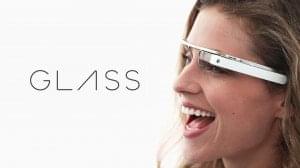 In February of this year, Google finally unveiled Glass, a powerful voice activated computer that you wear like a pair of glasses. The computer sees what you see, hears what you hear and allows you to broadcast a live video stream to your social network by simply saying “Glass, record video and share with Friends”. You won’t know that someone’s recording from Glass and you may not even know they’re wearing Google Glasses by the time the product launches to consumers early next year;  they have already hired some of the world’s leading eyeglass designers to come up with designs that look and feel like a normal pair of glasses.

Imagine a world where any bespectacled stranger could be filming you and broadcasting your every move directly to YouTube. If you dropped into a busy bar on a Saturday night, your pathetic efforts to chat up your next door neighbour might end up being broadcast on 10 separate YouTube channels simultaneously.

If that scares you into staying in every weekend, you could instead become a super spy, snooping on your kids or partner by doing a quick Google search to see if anyone has checked in at the local nightclub and then find someone who’s broadcasting from the edge of the dancefloor. Heck, do the search on your web enabled TV, turn the volume up and you could practically be there yourself. Pour me a G&T darling, we’re going dancing! 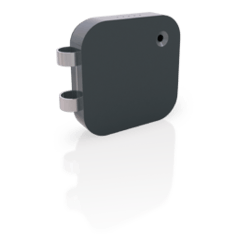 Google aren’t the only company getting in on this action. A Swedish start-up called Memoto are launching their wearable camera this summer. No taller than the average “flair” badge, this little device, which you attach to your shirt like a button, takes a photo every 30 seconds allowing you to download a photo diary of your day, every day, in just under 3,000 images. Literally every minute of your life will be captured, downloaded and available for you to play back on your mobile phone in a kind of “best of” film reel. At first I thought “how cool”, I can clip this on, forget about it and never again miss a key moment in my life. Whether that be a loved one’s birthday, a friend’s wedding or a busy day meeting people at a conference, I will have a permanent record of my day.

But then I got thinking about how easy it would be to forget that you were wearing the camera. Think about if for a second. There are plenty of moments in our ordinary days that don’t need to be shared with Memoto. Apart from those regular trips to a small room (cough, cough) that we all have to do, but no-one talks about, what about the stuff that is captured out of context that your husband, wife, kids or friends see! I can imagine the conversation: “So honey, why are there 6 photos of this tall, long legged blonde sitting at the table beside you at lunch today? Are you not happy? Do I not make you happy. Oh my god, we’re breaking up aren’t we?”…… Or maybe I’m paranoid.

By 2015 products like Glass and Memoto will have become just another part of our everday lives. Just as we have grown used to the idea that everyone has a camera in their pocket and we are all on social media, whether we choose to be or not, livestreaming will become just another technology that makes life better and worse at the same time. The reason why the fictional Truman show was so compulsive to its viewers was because it was the only such show in the world. When Big Brother first appeared on TV 13 years ago, it was essential viewing. These days we’re all fed up with the Kardashians, the Osbornes and every other reality TV show. In a world where Big Brother has billions of screens to choose from and anyone can play the role of voyeur and star at the same time, the question of privacy is a mute point. Privacy went out the window when we gave ordinary people the ability to stand on a soap box and share with the whole world.

If you can access the world’s information on-demand, in the corner of your eye, including a snapshot of any moment of your life, just imagine the possibilities.  I’m looking forward to seeing the answer to that question unfold. For now though, I’m off to paint a sign for my bathroom door that says “Please turn off all electronics before entering!”

This blog was originally written as my Stage 6 speech for Toastmasters which I am due to deliver tonight. Wish me luck! > Johnny