Big Data in the Garden of Eden

I dropped our Au Pair off to the airport this morning. She is going to London for the weekend so in an effort to look after her I gave her any Sterling notes I had and my travel card for the tube, and while over-explaining how to get the train from Stansted into Central London she said those words that no 40 year old man, trying (in vain) to act cooler and younger than he is, wants to hear: “You are just like my dad”. Had I not been buckled in I would have whizzed around the car like a deflating balloon.

She can grab a taxi the next time! Ah, I jest!

The decision to employ an Au Pair to look after our kids three days a week (plus two nights babysitting – which is a godsend) was a difficult one as we were not sure how our lives would change having a constant live-in guest/employee in our house. Would it be weird having someone else involved in the cocoon of our lives? Would she think we were strange or, worse still, really boring? Either way we decided to press ahead and make “a hire”. 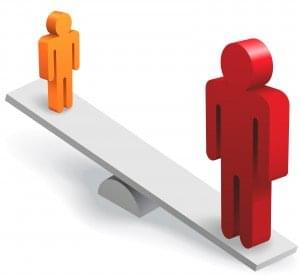 Despite my extensive recruiting experience, the process was spearheaded by my wife. Apparently I could not be trusted to make an objective decision. So she did the initial vetting and I was brought in to give my opinion on the shortlist, but I was definitely down the pecking order in the voting stakes.

We discussed the ideal person and what their attributes should be. Kind, caring and experience with kids were naturally top of the list. Being a Brazilian beach volley ball player, I was told, was of less importance.

So the first few bullet points of our job spec were obvious ones, but we also found that we had preferences that should not really be part of any hiring process, but then this is someone coming to live with us so should we be totally objective and politically correct? You would hope so, but you might just ask yourself questions like these:

1) Would you take on a male Au Pair? They do exist, as do married couples that come as an Au Pair “Pair” (that’s just odd, I don’t care if I am flaunting any employment laws, I really don’t want another couple doing couple things in our spare room, would you?)

2) Does it matter what the person looks like? Of course it doesn’t, but that said it would take a fairly rock solid marriage not to even consider the impact of a supermodel (male or female) floating through the house every day.

3) Does it matter what age they are? I guess it does as they need experience minding kids while not still being one.

4) Can we reject them if they are a smoker? Actually most of the Au Pair sites have a box to tick to reject smokers so I guess you can rule people out if they smoke, seems a bit un-PC, but there you go – it seems to be an accepted question.

By and large they are questions that you would not and should not think about when hiring anyone, and to our credit we said we would go into it with open minds and hearts and see what applicants came our way (with the exception of couples! – shoot me for my prudishness). From 167 applicants on GreatAuPair.com we decided upon a 24 year old Spanish girl, who is fantastic and has settled in really well. She does call us her host mum and host dad but despite this slight she is great with the kids and is out socialising so much that we don’t even notice her as an extra person in the house.

So my question is this: given the world we now live in where there is so much available human data, is it becoming harder to be objective in our hiring? Do we, perhaps despite ourselves, make judgements based on factors that should not be considered? I think we did well to remain as objective as possible, but I would be lying if I did not try to find out everything I could about our Au Pair online before she arrived. She was coming to mind our kids – anyone would check everywhere and anywhere they could to find information to make sure your children are going to be safe, but what if I found some information that was irrelevant to her performance in the job but but did not sit well with our view of life?

Does the availability of human data, and human nature being the curious thing that it is, make being an objective recruiter more and more difficult? Gone are the days of a plain old CV. You now have media-rich information to decide upon someone’s suitability. I saw a recent stat (not that I believe all stats – particularly those in the recruitment industry) that said CV’s with a photo had an 88% rejection rate – sounds like rubbish to me but that is the stat bouncing around and if true or even partly true it obviously points to bias based on appearance. For all of the good efforts to legislate for recruiters to be objective and unbiased, is it possible to achieve anything close to impartiality in a world where we can learn so much, so quickly about a candidate?

Answers on a postcard please.