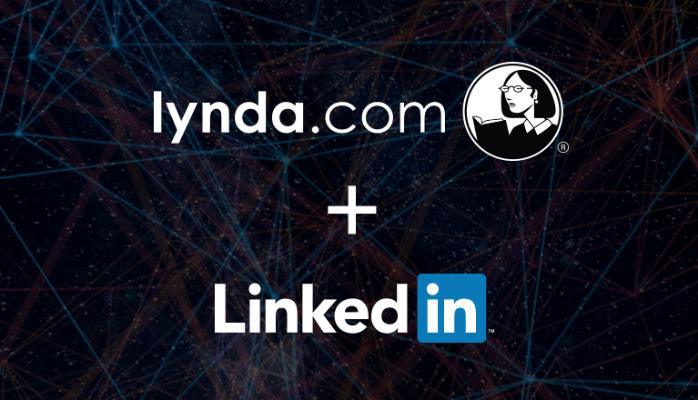 LinkedIn is getting into the professional skills education market in a big way! They’ve just purchased Lynda.com, the online learning company founded in 1995 by technical skill instructional book author Lynda Weinman and co-founder Bruce Heavin – their largest acquisition to date.

If you’re unfamiliar with it, Lynda.com has long been the go-to resource for online learning on subjects like Photoshop, basic HTML, CSS, management practices and many more, offering instructional videos and tutorials from industry experts and vets long before e-learning was at anywhere near the level of interest it enjoys today.

In a blog post addressing the deal, LinkedIn CEO Jeff Weiner talks about how the acquisition helps his company move closer towards a goal of connecting job seekers with jobs, by providing more equitable access to education and skill acquisition. Lynda.com CEO Lynda Weinman described the combination as a perfect cultural fit and discussed how it should help them continue to rarify the skills gap in the marketplace. LinkedIn head of content products Ryan Rolanksy describes a future in which job seekers are not only made aware of skills required for positions they’re applying for, but can also take courses to get those skill immediately through the social network:

As the head of content products at LinkedIn, I spend a lot of time thinking about how the access to information and knowledge can be used to make professionals more productive and successful. The fact that I had to take a crash course to acquire a new professional skill is not unique to me ‚¬€ millions of professionals around the world are in a constant state of learning to achieve their professional goals every day.

So, I couldn’t be more thrilled to welcome the talented lynda.com team to the LinkedIn family today. Together, I believe we can make it even easier for professionals around the world to accelerate their careers and realize their potential through the learning and development of new skills. Today’s announcement that LinkedIn intends to acquire lynda.com allows us to take a meaningful step forward in building the Economic Graph, which you can read more about from our CEO Jeff Weiner’s post here.

But while LinkedIn isn’t saying exactly what its plans are for the education resource just yet, Rolansky does say that Lynda.com remains open for business and accessible to users as they work together on what comes next.

Check out the video below for more details on the acquisition:

We’ll certainly be excited to see where this particular acquisition goes!

Average Time to Fill a Job Now at 27 Working Days

The national time-to-fill average rose in February to the highest level in 15 years. According to ERE.net, it took an average of 26.8 working days to fill jobs in February. In January, that average was 25.7 working days.

We are continuing to see signs of a tightening labor market, said Michael Durney, president and CEO of Dice Holdings. Unemployment rates are declining across several core industries, such as tech and healthcare, and the time-to-fill-open positions has hit an all-time high in the 15 years the data has been tracked.

Interestingly, jobs in the financial services sector took the longest to fill, averaging 43.1 days. Healthcare jobs averaged 42.6 days to fill. And both are historic highs for their respective industry sectors.

Have you noticed a significant increase in the time it takes you to fill jobs recently? Let us know in the comments below.

Add Some ‘Color’ and ‘Fade’ to Your Employer Branding Snaps

The Color tool allows you to tint the shadows in your photos to highlight certain tones more prominently. You can choose from yellow, orange, red, pink, purple, blue, cyan or green to add a colourful flair to those employer branding snaps of your company sports day or your staff night out! 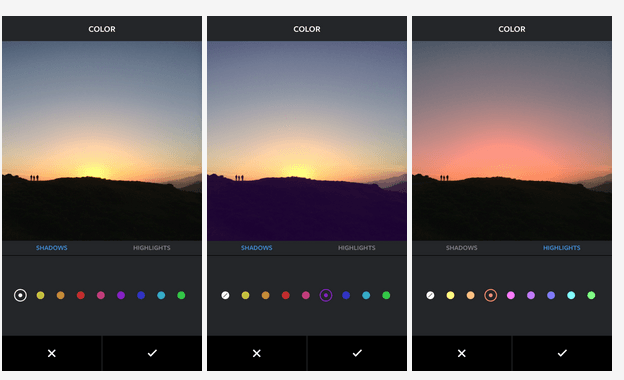 While the Fade tool allows you to bring a quiet tone to your photos by softening colours. 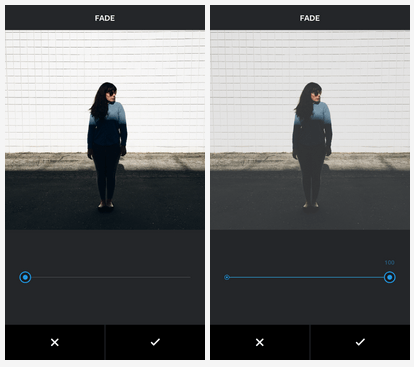 Could this be the Future of Foreign Language Job Interviews?

Microsoft are working on a brand new tool that will allow native english speakers to have fluent face-to-face conversations via Skype, with native Spanish, Chinese (Mandarin) and Italian speakers – without the need for a translator. 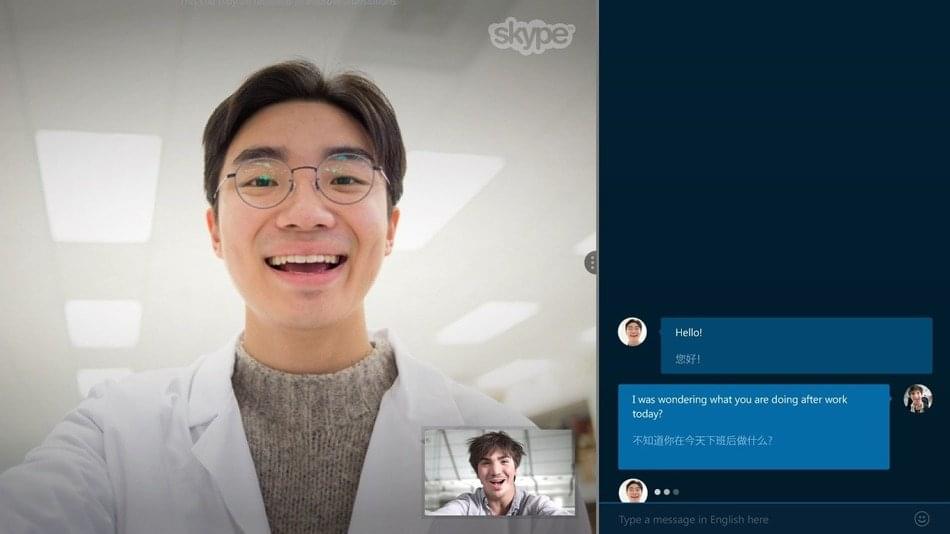 Yes, Skype Translator Preview (currently in invite-only beta) can do real-time voice translations, creating a near fluent conversation between two people who might otherwise not be able to communicate. And while the translation is “not yet perfect” according to Microsoft Research’s Olivier Fontana, the product has reached a level of competency the company is comfortable to share with the tens of thousands of people currently in the invite-only program.

But while it may only be in invite-only beta and only work on Microsoft 8.1 or above now, we can definitely see this product and others like it, becoming critical tools in the recruitment and HR industry, so watch this space! 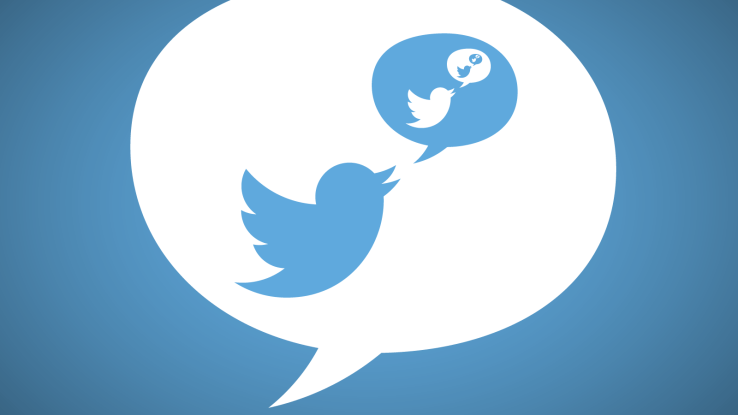 Until now, Twitter users had no real graceful way to add a comment to a retweet unless they were using a third party app like TweetBot to do so. But Twitter’s been testing out a solution to this frustrating debacle since last summer and have officially finally launched it’s “Retweet with Comment” feature that allows anybody to embed a tweet into another tweet of their own, so that they can add a comment to it without being restricted by a lack of characters – as was the case in the past.

Allowing comments with retweets should cut down on users being forced to shorten or even re-phrase the original tweet in order to keep to the character count.

The feature is now live on the web and in the Twitter iOS app, with Android on the way. 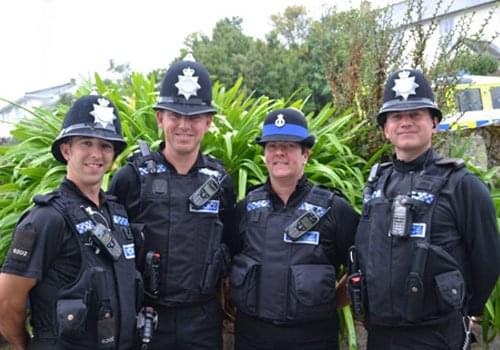 If only everyone could get this much candidate interest for their job ads!

A job advert for a vacant police constable role on the Isles of Scilly got more attention than expected when it received applications from all over the globe. The post went viral as people from as far as Thailand, the US and Australia responded to the advert that was described as quite possibly the most enviable policing post in the UK or even the world on the force’s Facebook page.

The post tempted to entice an individual who possessed an unflinching confidence to know what to do when you are alerted to an abandoned seal pup making its way up the main street! And one of the successful candidate’s many duties would involve having to resolve to issue a parking ticket to your spouse so tactfully so as not to find dinner in the dog thereafter.

Sgt Colin Taylor was mastermind behind the job post and admitted that he may have overcooked the job advert. The phones were red-hot at the police station all weekend, he claimed as he revealed that applications for the position had closed on 3 April. Unfortunately, thousands of international hopefuls dreams were crushed when Sgt Taylor revealed that the deadline had passed and the position was only open to serving officers from Devon and Cornwall Police.

The original job ad (posted on the Police’s Facebook Page) read as follows:

There is a post currently available for a Police Constable on the Isles of Scilly. Quite possibly the most enviable policing post in the UK or even the world, after mine. It only comes around every few years. Amongst other things the successful candidate will possess the following attributes:

The ability to explain cheerfully in infinite different ways to holiday makers that No you are not hallucinating I am a real Police Officer and Yes there are things for me to do here.

The resolve to issue a parking ticket to your spouse so tactfully so as not find dinner in the dog thereafter.

At 2am whilst still wearing pyjamas under your uniform and wiping sleep from your eyes having been called out on duty from deep REM sleep, resolve a disagreement originating hours beforehand regarding the merits of sea salt verses rock salt between a couple of drunk chefs.

Un-flinching confidence to know what to do when you are alerted to an abandoned seal pup making its way up the main street.

An acceptance that at 6:15pm you will be handed an item of lost property whilst off duty in the Coop queuing for the till with both arms laden with a thawing tub of ice-cream and fish fingers hastily chosen so as to provide a meal for your children before they go to judo at 6:30.

Sounds idyllic? If you have a moment during your day feel free to practice your brief one liner applications online here. Closing day is Friday. Who knows, this time next month you could be rescuing goldfish, investigating fried eggs, competing with Lifeboat crews to make pasties, guarding clogs for Dutchmen and taking your orders from a cat. Only followers of this site need apply as inevitably you will feature here anyway and your mum will want to know what you are up to. Good Luck.

Sgt Taylor signed off: “The next job advert will be in April 2016 or earlier if either Mat or I fail our mandatory yearly police fitness test later this morning.”