15 Of The Craziest Things Employees Have Said To Bosses 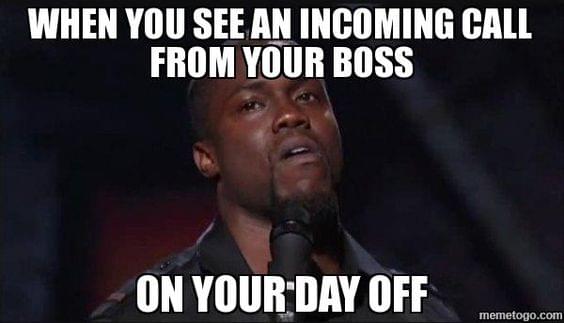 You might have read our blog post a few weeks back on 15 Wildly Inappropriate Things Bosses Have Said To Employees. This week we decided to turn the tables and find the craziest things employees have said to bosses!

We found these golden quotes in the ‘What is the craziest thing you have ever said to your boss, with or without getting fired?‘ thread on Quora and picked our favourite 15. Check them out below:

“The CEO gave us highlight numbers that showed that we had made a loss for the third year in a row and as usual, I didn’t hear any plan or clear strategy on how to reverse the trend.

I still don’t know what made me raise my hand up and interrupt the CEO and said, ‘A CEO who stands in front of his staff announcing a loss 3 years in a row should be holding a resignation letter in his hand’.”

Boss: ‘Are you ready for this?’

Me: ‘No, because I don’t know why we’re here. Is this going to be just another one of those long drawn-out pointless meetings?’

Boss: ‘Well, we’re here to talk about changes in the organisation structure. This is what’s changing…’

Boss: ‘Was that short enough?’

Me: ‘That was sufficient’

“And I walked out of the conference room. I didn’t get fired and we have significantly shorter meetings now”. 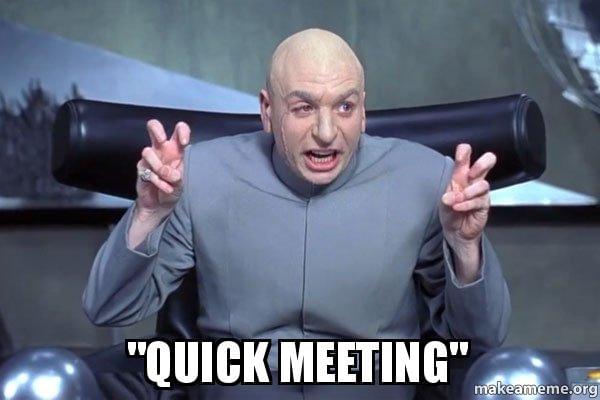 “We were on a training mission ‘in the field’ and I was driving the commander and 3 of the sergeants were in the back seat. The commander was in a good mood and said, ‘Trumeter, isn’t it wonderful the government pays you great money and all you have to do is drive a jeep’.

I responded ‘Yes, but they pay you so much more and you just sit there’.  The sergeants were laughing for hours.”

He listened to me, walked out of my office and came back in with an attitude adjustment and apologized”.

5. Think he figured out the Math?

Me: ‘Hey Ray, Christie and I are pregnant again.’

Boss: ‘I don’t know, Geoff – there are some important deliverables around that time. I might need to leave you there longer, or more often.’

Me: ‘I’ll do everything I can to meet your schedule, but it would be easier – and cheaper – to find a new job than to find a new wife. Do the math.’

6. Wonder if he has a big appetite…

“A bunch of us were at dinner and we got around to talking about strange and exotic foods we have tried. My coworker said that some people actually eat monkey brains. My boss piped up and announced: ‘I’ve had monkey brains’.

Unable to resist the straight-line, I replied: ‘Yes. And you still do!’ No not fired…”

7. Shin kicking is a sport, you know…

“I was a junior deck officer on an American oil tanker. My boss was a grumpy b*stard that had no use for females. One day, he questioned whether or not my sneaker looking shoes had steel toes; a work place requirement. At the dinner table in front of the other officers and cadet, he said in a captain a**hole tone, ‘Do those shoes have steel toes?’

Obviously thinking he had gotten me on a nice firing offence, I replied, ‘Do you want me to kick you in the shins and find out?’”

8. Never rely on the The Joker…

Me and Boss: (discussion about some problems in production server)

Boss: ‘So, what’s your plan for tomorrow?’

“I was doing lots of things at the same time: marking some papers, preparing a lesson plan, composing questions etc.

My boss, who was just in front of me and had full view of what sorts of activities were going on at my desk, said to me, ‘Can you revise the words for the job vacancy notice we’re about to post?’

I replied to her, ‘I only have one body. Unless you can find a way to split me in two without killing me, do it yourself’.“

“After some tough days of inventory and staying late at work, he tells me ‘I’m not working enough’.

Furious staring contest for some seconds. He turned his back and walked away.”

“I was scheduling a meeting with the company owner and when he suggested 2:30 the next day, I said: ‘2:30, Chinese dentist time, OK!’ He stared at me blankly so I enunciated slowly: ‘Tooth hurtee?’ No change in his expression so I went further, wondering if he perhaps wasn’t as bright as I had thought.

‘Two thirty. Tooth hurtee, get it?’ At which point I realized he wasn’t staring at me because he was dense but because he was, after all, Chinese”.

12. Marriage isn’t for everyone…

“I used to work for a guy who was a former CEO of a large software company in the US. One day as we’re walking in the office, he was trying to convince me on a pivot we should make and I was pushing back. I said: ‘That won’t work’. He replied: ‘Chris, I’ve never failed at anything in my life’.

I have little patience for people who exaggerate so I asked him: ‘So, you consider your first marriage a success?’”

13. Couldn’t have said it better ourselves…

“My old boss was, as usual, giving me sh*t for not constantly reminding her of things…emails she needed to answer, work she needed to finish, etc. And believe me I had more than enough work on my own after being stuck with other people’s jobs too.

I got fed up and replied, ‘I’m so sorry, I forgot it was my job to make sure you do yours’. The look she gave me…I remember walking out and thinking I’d better go clean out my office. But she never said a word about it”.

“I once went an hour late to the office. My boss said, a little frustrated, ‘You should have been here at 9:15!!!’

“I’ve spent most of my life working in environments that could be considered ‘high stress’.

Boss: (walks in first thing in the morning, which is the end of my shift) How did the night go?

Me: ‘This department was such a f*cked up sh*t show last night that I’m going to go home and mix Jack Daniels with crystal meth and shoot it directly into my veins in an effort to forget about it.’

Me: (walks away grabs my jacket and clocks out)

Not one word was ever said about it”.