My Manifesto for Recruiters: No Candidates? You only have yourself to blame 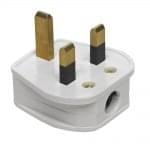 One of my earliest Christmas memories is of wiring several sets of Christmas tree lights together in a 3 pin plug for my mum (who wasn’t a great fan of electrics). Why she encouraged her 6 year old son to play with live wires is beyond me!  Changing a plug is a funny old thing. It always amazes me how many learned people still struggle with wiring a house plug. Ask yourself, would you be confident enough to change a three pin plug by yourself?

So maybe you can change a plug, good on you. Now let’s see how many of these you can do: 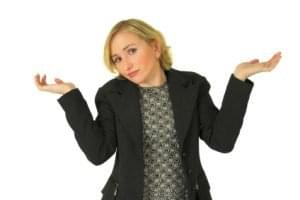 1) Change a car tyre (without asking for help!!)

4) Use Boolean logic to search LinkedIn

Can you do all 6? If so, email me, you are special. Seriously, you may not know it but very few people can do all of these things, even though you find them so simple. You may ask yourself “Am I a genius?”. Unfortunately, I think not. Let me explain. 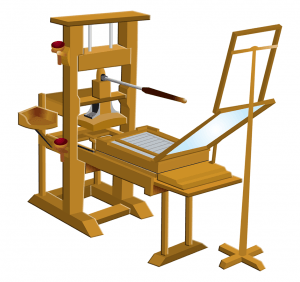 Before the 15th century, great knowledge and education was usually something that only the elite possessed. Around 1440 a German goldsmith named Johannes Gutenberg invented the first metal movable type printing press. In Renaissance Europe, the arrival of the printing press introduced the world to an era of mass communication, affording the poor and middle classes the opportunity to learn and advance through education.

At the turn of the 20th century Marconi patented the first commercial application of wireless radio transmission and the era of radio communications was born. Hot on the heels of the commercial success of radio came television in the 1930s, who’s success is largely attributed to Scottish inventor John Logie Baird.

Many predicted that the arrival of radio and TV would lead to the death of the printed word but this was not to be. Most, if not all of us were schooled through books and literature. I watched several videos in school in the 80s and 90s but to be honest, apart from a couple of Sex Ed videos and some subtitled dramas with GÃƒ©rard Depardieu in French class, we stuck to the books.

The introduction of the first graphical browser in the early 90s signaled an explosion in the use of a thing called the internet which allowed anyone with a computer and a phone line to access information held anywhere else in the world on this open network of computers. The amount of information stored on this network grew exponentially and so user demand for a searchable index gave rise to the world’s first search engines like Lycos, Yahoo and Altavista.

By the turn of the 21st century, one such search engine began to dominate, and today Google is not just a search engine, it’s a verb!  Nearly 1 billion unique web searches are performed every single day. You can Google almost anything and find a web page or article with your answer. Google is the world’s most popular search engine but does anyone know what the second most popular search engine is? It’s YouTube. In 2011 YouTube had over 1 trillion views, that’s equivalent to every person on Earth watching a YouTube video at least once every 3 days. Staggering, isn’t it?  Over 2 billion people have daily access to the web and that figure is growing at an enormous rate as the cost of computers plummets and internet accessibility has gone wireless.

Although Gutenberg’s printed press led to the availability of mass produced, inexpensive books, you still had to find the right book and read it from cover to cover to find any answers. Radio and TV enabled ideas to be spread across the world in seconds, but you still had to tune in at the right time or make sure that someone had made a recording of what you were looking for. In the internet age, If you have a question, you can Google it from your pocket and get the answer to almost anything you want to know in an instant! If you want to learn how to do something, I guarantee that somebody, somewhere has explained how to do it on YouTube.

We live in a world where access to information is instant, ubiquitous and on-demand. In Ireland, every man, woman or child can access the internet from their local library for free, any day they want. It is no longer OK NOT to know something. Being poor, not having an education, not having experience. These are just excuses. There is literally nothing holding you back any more.

If you are about to meet a candidate or client for the first time, look them up. If you’re working a role that you don’t understand, look it up on Wikipedia. If you want to re-skill but don’t know where to start or what to do, research and learn online. You can access the entire library of learning materials for every single undergraduate degree taught at MIT, online, for free! There are thousands of TED talks on-line that provide you with bite-sized access to some of the world’s greatest minds for free, whenever you need them.

If you want to change a plug, need to change a tyre, want to cook your family a roast dinner, need to order a beer in a Spanish bar, need to find more candidates on LinkedIn, don’t have any way to contact a hot contact or want to get ahead of your competition by using the next generation of sourcing techniques, look them up!

My business partner and I created Social Talent to make it easier for other recruiters to do what we did in the first 2 years of running our first recruitment business; we looked things up! We’ve just completed phase 1 of our new online learning platform for recruiters that provides any recruiter in the world with all the information they need to find, attract and engage with the talent they need anywhere in the world. I say Phase 1 because we’re a long way from being finished. Our vision is to bring the learning and advice of all of the world’s greatest practitioners and thought leaders in recruitment together in one place for anyone to dive into. We’ve started with our own content and we’ve some way to go but I believe passionately in learning and know deep down inside the potential that each of us has inside as recruiters. MySocialTalent is a paid-for platform that you subscribe to and maybe that’s perfect for you, somewhere where all the information is easy to find, in one place, when you need it. But if you don’t have the budget or don’t fancy being sold something, all the information you need is out there. It’s on the web, it’s on Google, it can be found by asking a question on Facebook or by tweeting someone who knows.

To quote one of my favorite authors, Seth Godin, who inspired this post with his blog from late last year: “It never made sense to be proud of being ignorant, but we’re in a new era now. Look it up.”

If you can’t find the right talent, you only have yourself to blame. Now go do something special, share some of your best advice as a comment on this post, on your own blog, on Twitter, on Facebook, wherever! Just do it. Help build the knowledge base, it feels good, trust me!