It is widely accepted that an organization’s people are its biggest asset. And we know that having a diverse workforce lends itself to greater innovation and performance. So, attracting, engaging and retaining top, diverse talent should always be of number one concern, right? But what if I were to tell you that many of the basic elements of recruitment and hiring were hampering your ability to find some of the best candidates?

People who are neuro divergent often struggle to fit the conformist profiles sought by employers. Things like inaccessible job descriptions with company jargon or standard interview procedures can all be a challenge for the neurodiverse and belie the incredible skills and attributes they often possess. So, how do we correct this? We spoke with Theo Smith, the VP of Customer Acquisition at Zinc Work and author of the upcoming book “Neurodiversity at Work,” about how to make processes and workplaces more inclusive for all. Let’s dive in… 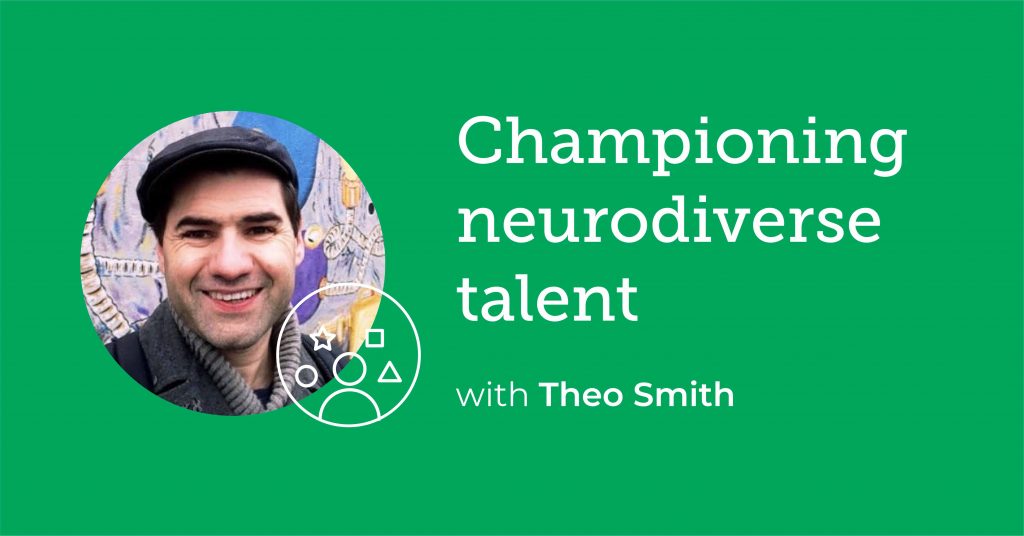 Think of neurodiversity as a learning and thinking difference. Brains which are naturally hardwired to process things like reading, writing, maths, organization and focus differently to the status quo. Often cited as an invisible disability, it covers conditions like autism, ADHD, dyslexia and dyspraxia, though it’s important to remember that this isn’t an exhaustive list.

According to a recent survey, 1 in 5 people have some form of neurodiversity, but awareness for the movement is still quite lacking. In the same article, it found that 51% of people believe learning and thinking differences occur as the result of laziness, or don’t even exist at all. It’s a staggering revelation and is having a major impact on our workplaces and ability to hire good talent. According to Theo:

“We’re putting up so many barriers to people and we’ve not even been aware.”

When the world around us has been designed for the vast majority, it leads to blind spots and a lack of perspective when it comes to alternative forms of diversity. And with such little understanding of neurodiversity in the popular sphere, it gets pushed down the ladder of importance.

Differences must be celebrated and included if we are to take DE&I seriously. But as Theo states, “people get left out,”particularly in this arena of employment. With such a large talent pool being marginalized, it’s important to recognize some of the ways we can improve hiring and working procedures to allow the neurodiverse an equitable shot. 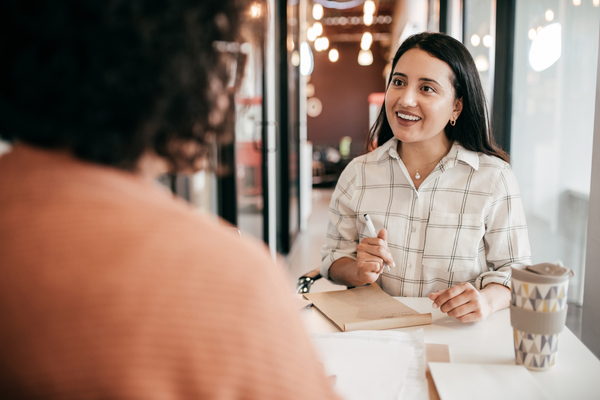 How does this impact the recruitment process?

Traditional and accepted recruitment processes were designed to cater towards a particular kind of candidate. The stereotype is one brimming with a certain kind of confidence. Someone who says the right thing at the right moment. Someone who can appear unfazed by the rigor of questioning and circumstance. These situations, however, are not tailored for a neurodiverse candidate who otherwise could be an ideal hire but simply cannot subscribe to archaic identifiers of success.

According to Theo, language and communication are the biggest offenders when it comes to hiring, and they can crop up at any stage of the process. Speaking about job postings, for example, Theo warns against the use of company jargon and irrelevant or ambiguous turns of phrase in descriptions. Why? Because you run the risk of a person not understanding what’s being asked and can potentially disconnect them from the entire process. If language isn’t clear, it can be a huge obstacle for neurodiverse candidates who will perhaps disassociate themselves if meaning is unnecessarily obscured.

Interviews are also a tricky area when speaking about neurodiversity. Known for inducing anxiety and stress, interviews can often feel like a game designed to trip candidates up rather than allowing them to show their best. When firm handshakes, confident answers and gut feelings plague the decision-making process, it can put those who struggle to thrive in these conditions at a disadvantage. Theo’s advice:

“Early on in the process, talk to me, understand me, don’t label me. And at key stages, keep asking how you can help.”

He firmly advocates for humanity, for recognition that interviews are challenging situations and offering help or accommodations that increase candidate comfort is only going to be an advantage when you’re looking for the right hire.

Neurodiversity in the workplace

Studies have always shown that people perform better in their roles when they can be themselves. And that’s why it’s so important to create an inclusive environment that welcomes and caters to all. However, the problem facing neurodiversity, according to Theo, is that it’s too hidden.

“Not to underestimate the challenge of physical disabilities in any way – because there is a long way to go across the board – but it’s easier to consider the needs of a person in a wheelchair, for example. People can get their head around that.”

And it can be difficult for organizations to enact positive change unless an employee voluntarily discloses their neurodiverse status. But with misconception being widespread, it doesn’t encourage this. ADHD is often categorized as being disruptive, for example. Or those on the autism spectrum are seen as loners, unwilling to mix. Without the safety to know that they will be accepted and embraced for identifying as neurodiverse, many simply avoid coming forward to ask for assistance. “Good people are being crushed by their working environments,” Theo says, and it doesn’t have to be this way.

The majority of workplace accommodations that neurodiverse employees seek out are also entirely manageable. Like wearing headphones to help prevent auditory overstimulation or calmer spaces to allow for deeper work. Even relaxation on dress guidelines to avoid restrictive clothing can go a long way to improving inclusivity and productivity. But education is key too. When a business and team understand the eccentricities and working preferences of its employees, and champions output and acceptance rather than strict adherence to process, it allows people to flourish. Even at a macro level, we all have working habits that suit best and this should be embraced. 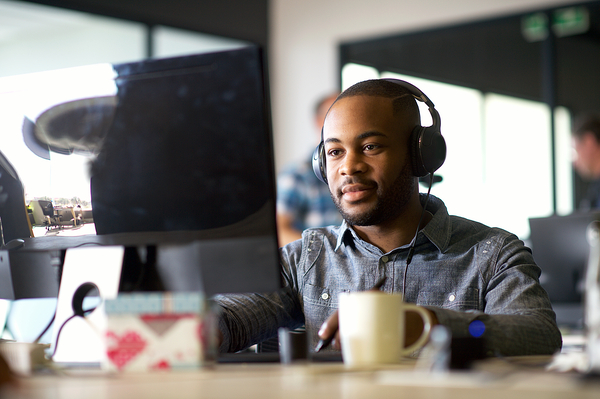 Unfortunately, to realize these benefits, an organization needs to be proactive and according to Theo, the reality is often that if a business is performing well, they ignore these issues until it’s too late. They aren’t interested in the hidden abilities that neuro-divergent people offer. And whether it’s the financial factor or the legal implications that come with addressing inclusivity, many decide not to engage. And the numbers back this up. Theo told us that as many as 80% of people with autism are not in full-time employment. This is shameful, especially considering the incredible contributions neurodiverse people can make when given the opportunity.

Neurodiversity is an acceptance that we are all different. Each of us have unique minds, needs and abilities. But we have to start embedding this belief into how we hire and engage talent. The human brain has a wide spectrum of function. To silo it based on a status quo limits your prospects at finding employees who innovate. And with neurodiversity being apparent in 20% of the population, it makes both strategic and compassionate sense to embrace difference. “Just do it!” Theo says, championing the change that has to happen.

Theo’s book, “Neurodiversity at Work,” is released on August 3rd and you can pre-order your copy right here.

Check out Theo’s full appearance on The Shortlist:

Keep in the loop on all things SocialTalent by signing up for our newsletter here. And, don’t forget to follow us on LinkedIn. Interested to see how we can help you achieve hiring excellence? Get in-touch with us today.

In a difficult economic situation, many decisions boil down to numbers, rather than…

Common in the public sector, higher education, healthcare, and many higher-level corporate jobs,…

We've welcomed over 40 unique guests on our weekly podcast, The Shortlist, over…