There exists such a complex relationship between performance and potential. While both can signal success, their application is vastly different. And it’s a confusing metric to keep tabs on, especially considering how subjective their definition can be. But it’s important to recognize both when looking at your team and their career progression. On a recent episode of The Shortlist, Joanna Fennell, the Vice President and Global HR Business Partner at Flex, shared some of her sage insights on this.

What is the difference between performance and potential?

According to Joanna, high performers excel at driving deliverables and outcomes in their job. It is a relatively clear-cut procedure to identify them. You can look at their past efforts, their ability to achieve goals and deliver results. They are consistent and competent in the given role that they embody. High potentials, however, are a little trickier to scope. The attributes that they exhibit are slightly more intangible. Joanna identifies a few key areas to look out for like emotional intelligence, learning agility and strategy. A person with high potential will push limits and is ambitious. They almost seem untethered to a role, that their skillset will flourish irrespective of where they sit. 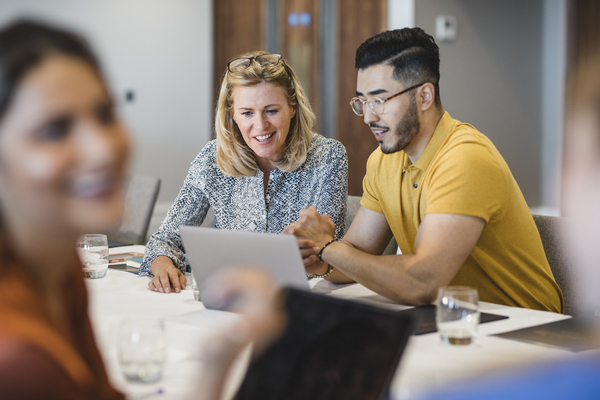 Is one more important than the other?

Unfortunately, there is no wholly “right” answer to this question. It comes down to how the individual is utilized in the context of the business. If the high performer is in sales and their goal is to sell the most, then this metric works. However, if this same person wants to move up to managerial positions, then high performance alone cannot (or should not) qualify them for it. Traditional trajectories through a company require SO many more skills, and just because a high performer may be a star in a certain role with specific conditions, it often doesn’t translate with progression. So much so that, according to Inc, 46% of employees brought into leadership development programs ultimately fail once they assume managerial roles.

So high potentials are the goal?

Joanna believes that around 35% of high performers also have high potential. But she says this can vary depending on increased visibility and exposure to opportunity. It is an ideal mix though, because you gain the best of both worlds. So, technically it is potential that will enable employees to propel further. Their ability to be flexible and fast learning allows them to take roles and run with them. But it doesn’t come without risks either. According to Joanna, high potential staff can often be a flight risk if they’re not engaged. They need more opportunities to expand and grow, and it’s a manager’s job to provide this. Or, to find sponsors for them who can facilitate.

If an organization is having difficulty in being able to distinguish between performance and potential, it will also have a tough time identifying talent. Understanding the difference allows you to engage and retain star employees. Joanna advocates for regular conversations with teams in an effort to keep tabs and build trust. So much needs to be taken into account when it comes to performance and potential. It can be so easy to mistake one for the other. But in terms of progression, it’s imperative to know how much of each attribute a person occupies.

And don’t forget to subscribe to Johnny Campbell’s fortnightly newsletter to keep up-to-date on all things SocialTalent. And you can follow us on LinkedIn and Twitter too!

How to Prioritize Wellbeing, with Sara Andrews,…

It seems like the world is moving faster than ever. From coping with…