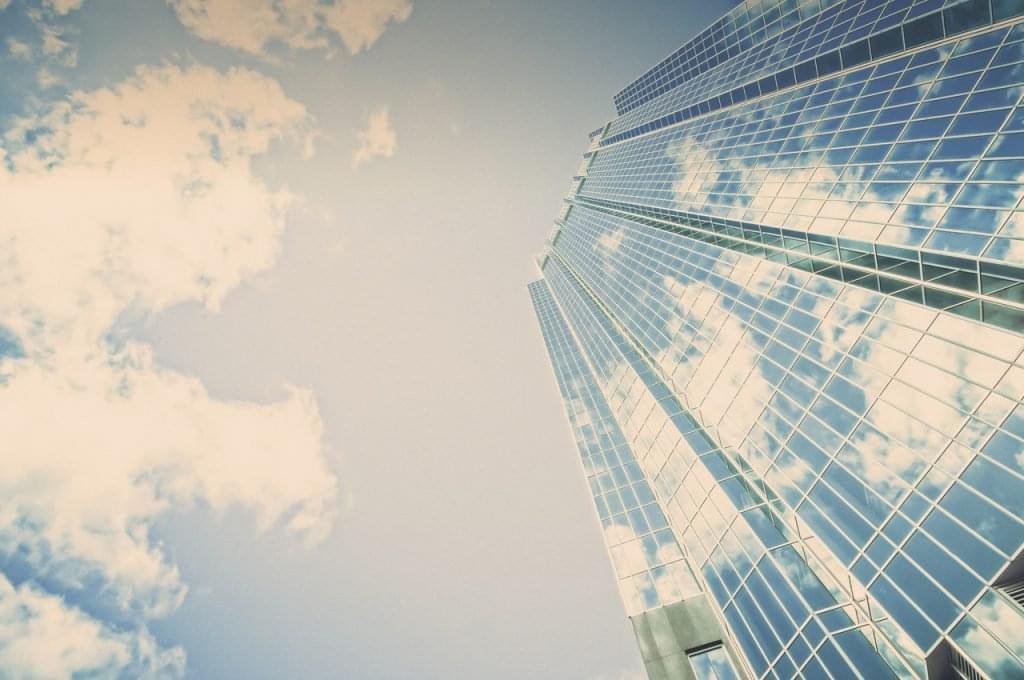 When LinkedIn released their ‘Top Attractors – Where Professionals Want to Work Now’ list a couple of weeks ago, our jaws didn’t exactly drop to the floor in shock. It comes as no major surprise that Google topped the poll, with Salesforce, Amazon, Apple and Facebook all hot on its heels. Let’s face it, it’s pretty clear as to why candidates want to work for these companies – job perks, career progression, flexible work schedules, benefits…shall we go on?! But exactly what hoops do candidates have to jump through in order to become fully-fledged employees at the world’s most sought-after companies? Today, we’re taking a closer look at the hiring practices of the top five organisations on the list. It might give you some food for thought on the interview processes at your own organisation, because these ones clearly must be doing something right!

According to Google’s career website, there are two types of interviews in the hiring process. First is a phone interview/Google Hangout where candidates speak with a potential peer or manager, followed by an on-site interview. The phone interview lasts anywhere between 30-60 minutes where behavioural, hypothetical and case-based questions are asked to determine how equipped they are to manage the role. For software roles, candidates are asked coding questions and must share their code with the interviewer in a Google Doc, as well as talk through their thought processes.

For the on-site interview, candidates generally meet with four employees for up to 45 minutes each. Some of these Googlers are potential colleagues and teammates and others across various departments, so a great example of a collaborative hiring style in an organisation. The key focus in each interview is to give candidates the opportunity to showcase their role-related knowledge, general cognitive ability, leadership qualities and general Googleyness (i.e. how well they could fit into the organisation).

Candidates generally know their fate within 8 weeks of their initial application.

Brainteaser-style questions have been done away with in recent times, so no more questions like ‘How many golf balls can fit in a school bus?’ Now, it’s more along the lines of ‘Tell me about a time you solved a customer’s issue?’ and ‘When you type in www.google.com into the browser, explain in as much details as possible what happens.’  More sample questions can be found here.

As one of the highest rated employers on Glassdoor, you’d be doing well to find negative feedback from candidates on the interview and hiring process in Salesforce. There’s a huge focus on upskilling hiring managers within the organisation so that they can onboard employees in the best possible way. The interview structure is fairly standard – an initial telephone interview is followed by a role-play style mock phone call with hiring managers for the second round of the process. For sales roles, the final round includes a product presentation, a Q&A session and another sit-down interview with senior management for approximately one hour.

Salesforce follows the Pareto Principle when it comes to interviews – meaning that interviewees do 80% of the talking while interviewers take the floor for just 20% of the time. Culture fit is hugely important to the organisation, so it’s more important for hiring managers to take the time to find the right person than it is to fill positions quickly.

Can be anything from 3-8 weeks.

The odd ‘out of left field question’ is common, such as ‘What’s your kryptonite?’ but there tends to always be a method to the madness, typically to look at strengths and weaknesses as well as the candidate’s ability to think on their feet. Other interview questions include ‘Why Salesforce?’ and ‘Can you describe what the job entails?’ More sample questions can be found here.

Notoriously known as one of the most difficult companies to interview with, Facebook’s hiring process does vary depending on the role in question, but candidates can expect to have no less than 4-5 interviews before receiving an offer. The first step in Facebook’s hiring process is always a recruiter phone screening to talk through a candidate’s resume and previous experience. Occasionally, a second phone-screening will take place, depending on the role and the candidate. Again, depending on the role, candidates can expect to complete an assessment before being invited for an on-site interview, where they will sit down with three different team members/managers and answer very similar questions for 30-45 minutes each. This isn’t to catch candidates out to see if they really do know their stuff inside out, it’s more of a collaborative hiring method in order to get different perspectives on the candidate from current employees. Developer roles require the candidate to also take part in technical skills challenges.

A typical make-or-break question that Facebook like to test candidates with is “On your very best day at work – the day you come home and think you have the best job in the world – what did you do that day?” Other interview questions that have been asked to candidates include ‘Tell me a time when you had to be bold.’, ‘Why should Facebook hire you?’ and ‘How would you improve the Facebook birthday feature?’. Find more interview questions here. 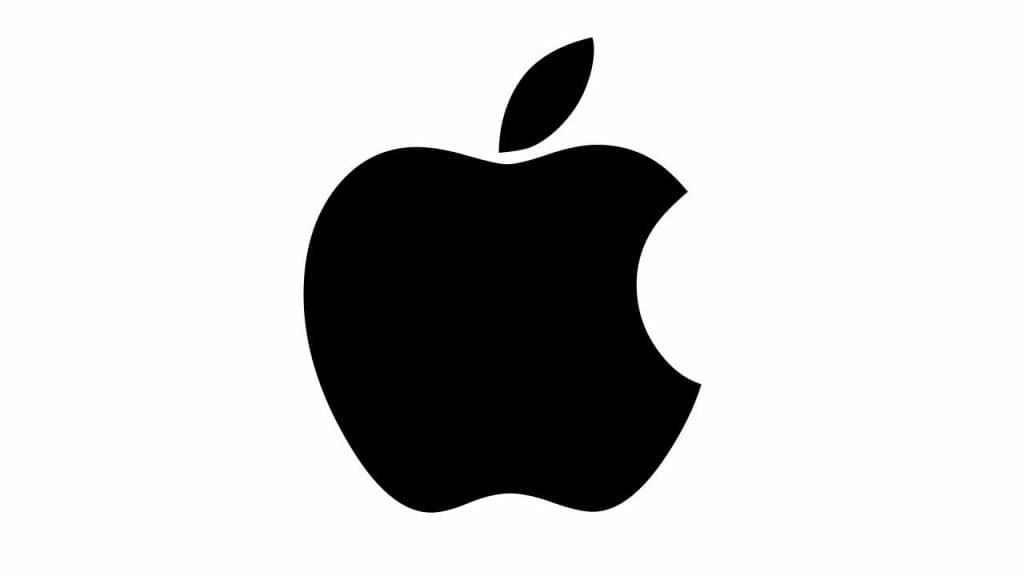 The interview process at Apple varies greatly depending on the role in question, be it as an In-Store or At-Home Advisor, or for a more technical role in software engineering or project management. For instance, if a candidate is applying for a position in an Apple store, they are first invited to a hiring event, generally taking place in a hotel in their local area. They must complete a 20 question quiz about Apple before being placed into a small group to take part in collaborative exercises to see how they can work as part of a team. Finally, candidates take part in a group Q&A session. If successful, they move onto the second round, which involves an on-site interview with an Operational Manager to talk about the various store roles available and where the candidate sees themselves fitting in. The third and final round involves an interview on-site with a three-person panel.

This depends on the position, but the whole process can take upwards of 4 weeks.

The questions that every candidate tends to be asked is ‘Why Apple?’ At-Home Advisors have been asked the question “Explain to a 8-year-old what a modem/router is and it’s functions.” and Software Engineers have been asked to “Describe a project where you struggled and what you did you overcome it?” More interview questions can be found here.

Amazon has set its standards sky-high when it comes to recruitment – the interview process is far from a walk in the park, mainly due to the fact that their hiring philosophy can be summed up in a quote by CEO Jeff Bezos “I’d rather interview 50 people and not hire anyone than hire the wrong person.” In fact, part of the hiring process includes pulling in Amazon employees, dubbed ‘bar raisers’. Essentially their job is to ‘raise the bar’ when it comes to bringing in staff members so that each new hire is as good if not better than the previous one. Bar raisers also have the ability to cast off any candidate “even if their expertise is in an area that has nothing to do with the prospective employee’s.”

More than three-quarters of Amazon’s employees are actually warehouse workers who go through a different interview process to the remaining 25%. Candidates for non-warehouse roles go through five interviews that last on average two to three hours each. This includes a mix of phone and on-site interviews with bar raisers along with practical exercises to not only determine whether candidates will be a good culture fit, but also if they are competent to do the job.

The whole process can take anything from two weeks to more than two months.

Some of the questions that candidates have been asked include “Do you know our CEO? How do you pronounce his name?”, as well as the head-scratcher “How would you solve problems if you were from Mars?” Find more interview questions here.

So there you have it, the recruitment best practices from the 5 companies that everyone wants to work for! A common theme of collaborative-style hiring has cropped up a couple of times, so getting employees involved in the hiring process is without a doubt becoming more and more popular amongst organisations. Furthermore, it’s well worth noting that each of the companies in the top 5 have quite a lengthy interview process for candidates, some involving upwards of five interviews before an offer is put on the table. So, in reality, is there actually a point in recruitment where candidate experience goes out the window due to a long, drawn out interview process?

The point can certainly be made that due to the growth of Glassdoor, candidates now have the ability to find out everything they need to know in terms of the hiring and interview processes, so there’s no mystery hoops that they need to jump through, as such. Ultimately, it’s quite fascinating to see how these companies recruit their employees, and in a market that is so candidate-driven, topping the list of Top Attractors is something that all organisations should take as motivation for their own recruitment processes.

Recruiting Through a Crisis: Balancing work and…

For many recruiters, the past few years have presented many challenges with the…