2004 – The year we were getting down to ‘Drop It Like It’s Hot‘ and ‘Milkshake‘, and the year we first laid eyes on the now iconic cinematic classic, Mean Girls.

But while you were busy donning the latest bootcut jeans and crying over the latest teen drama on The O.C., others were surfing the ever increasingly popular and accessible world wide web. But what were those faithful surfers searching for, looking at and enjoying back in 2004, and how have our web habits changed since? Well, we’re here to answer those burning questions, and let me tell you straight off the bat, the internet was a very different place 10 years ago! 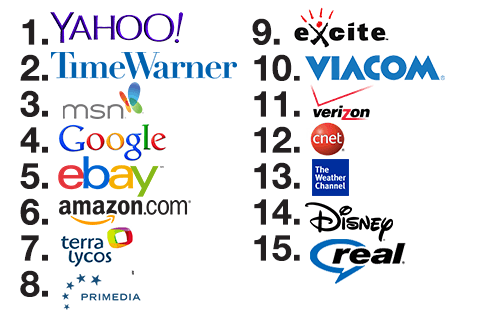 (Recruiters Corner: Job boards were hugely popular in 2004. Monster was in fact the 17th most popular US website 10 years ago, while CareerBuilder LLC was 28th.) 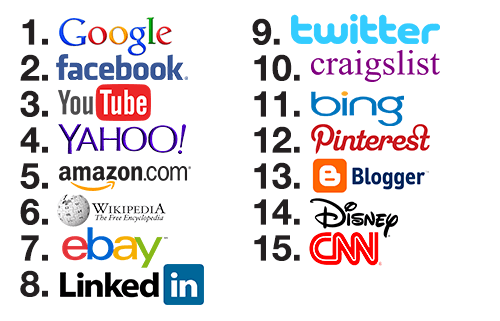 (Recruiters Corner: In 2014, the popularity of job boards has fallen quite dramatically. Indeed is the most popular job site, coming in in 62nd place (45 places lower than Monster placed as the top job board in 2004). Monster has fallen from 17th place to 164th, and CareerBuilder LLC has fallen from 28th in 2004 to 233rd in 2014.)

The most undeniable shift in our internet habits over the last decade has been towards social media – a phenomenon that had not yet taken over in 2004. Although the likes of Facebook and LinkedIn were created around that time, not a single social network made it into the list of the Top 15 US Websites in 2004. A third of today’s Top 15 is now dominated by social networks.

In 10 years, Google has completely overtaken Yahoo when it comes to search engine preference, specialist interest sites like Pinterest, Craigslist and Wikipedia have replaced media related sites like Time Warner, About/Primedia and Terra Lycos, while others like eBay, Amazon and Walt Disney have remained consistent in their popularity.

So where do we go from here? Well, it’s especially interesting to note that 14 of the 15 most popular US websites today, have a mobile app already in place. We think it’s safe to say that any facts and figures we see in the future relating to website preferences, will be heavily influenced by the sites’ mobile offerings and ease of use on the go. A look at Apple’s App Store today is also a telling sign of the internet to come. Instant messaging apps like Puffchat, Snapchat, WhatsApp, Viber, and Facebook Messenger are 1st, 8th, 10th, 16th and 18th in the free app download chart respectively. We are becoming highly socialised beings with a desire for new and different ways of social communication, and this trend looks set to continue.

From a recruitment perspective, the decline of job board popularity amongst web users coupled with the dramatic rise of social media and instant messaging apps, would suggest that in future, our recruiting efforts will be much more focused on finding candidates on specialist sites where they choose to find their time online. Our methods of contacting those candidates will also evolve alongside changing communication platforms. The days of InMails and emails are no doubt numbered, as are the days we purely focus our efforts on job boards and career sites.

What’s your take on web users’ shift in viewing preferences? How do you think the internet recruitment process will change in the years to come? Have you already adapted your social recruiting techniques to reflect these changes? Let us know in the comments below.

How to successfully hire as a first-time…

Becoming a manager for the first time is no easy task. Our last…