3 Reasons Why You NEED to Give Candidates Feedback (and How to Give It Properly!) 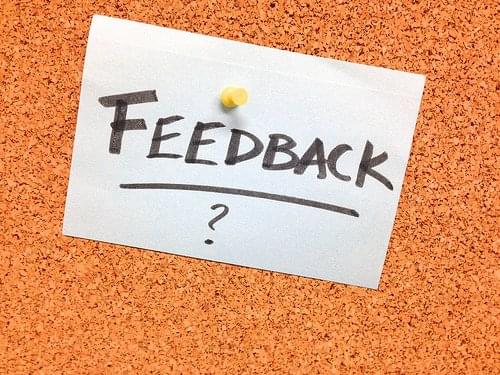 Take a minute to think back to that first time you plucked up the courage to ask someone out on a date, or perhaps your first few applications to part-time jobs. It was nerve-wracking, maddening, and very easy to blame yourself for not being good enough, especially if you heard nothing back. You might have been young during those pivotal moments, but rejection doesn’t disappear, or hurt any less as an adult. But I think we can all agree that being rejected is better than being ignored.

Now, let’s get this straight: in terms of feedback, we mean for candidates who have at least reached the first stage of the recruitment process; not every single applicant (though in an ideal world, companies would find the time to eradicate automated messages, and give actual feedback).

As a recruiter, in-house or agency, one of the worst parts of the job can be rejecting unsuccessful candidates. Rejection is the type of task that you might dread and end up avoiding (they’ll just get the idea, right?), but do you realise how much is at stake when you don’t bother? Without properly dealing with the entire recruitment process, which includes rejection, you run the risk of tarnishing the reputation of both you and your company. Lizzi Hart of the Graduate Recruitment Bureau explains why effective candidate feedback should be compulsory in the recruitment process.

3 Reasons Why You NEED to Give Candidates Feedback

So how should you properly construct your rejection, in order to convey everything important and constructive, but without leaving a sour taste in the candidate’s mouth?

With the ever increasing importance of brand transparency, spearheaded by sites such as Glassdoor, there is no time greater than the present to start implementing proper rejection strategies into your recruitment process. It will be worth your while.

The truth about great employer brands that everyone…

Employer brands. Every company has one. What’s it really like inside those four…

How to guarantee a positive candidate experience when…

With many of us now working remotely, the hiring process as we know…