3 Stories That Prove Flexibility Is The New Recruitment Buzzword 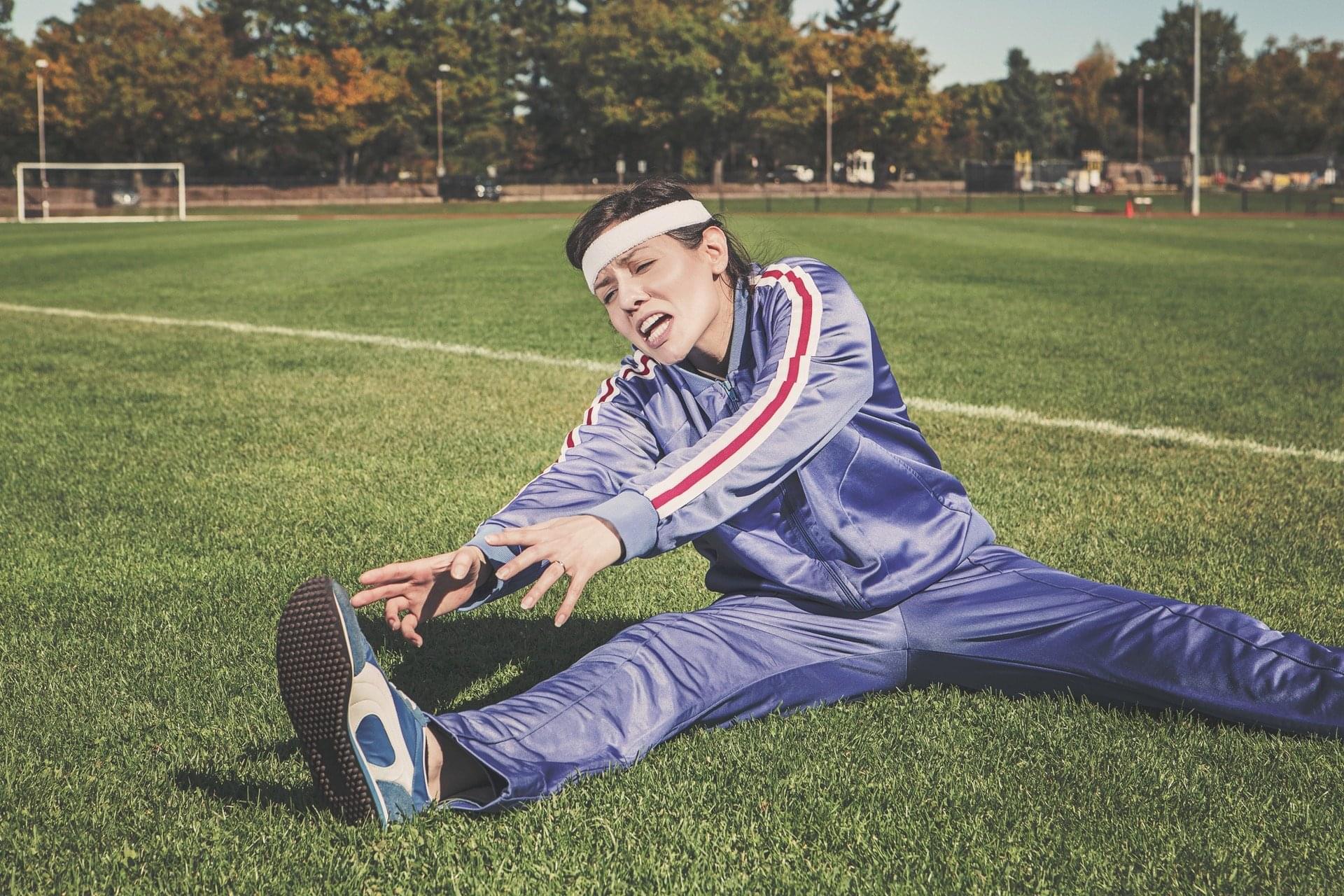 There’s a new buzzword on the block; flexibility.

Job flexibility is one of the most important factors when job searching for new roles. For some flexibility means the option to work from home every so often and for others it means a series of short-term, varied jobs instead of full-time and focussed.
These three stories focus on the surge of flexible jobs and how it’s affecting the recruiting world. They also highlight how flexibility can be a trait for both employees and employers.

1. Your Job Will Arrive in 5 Minutes

Data released from Indeed– the Mount Olympus of the jobs world- has shown that more people are searching for ‘uber-style’ jobs. This means people are more interested in working in short-term jobs instead of a single, full-time career. This new style of working life is repeatedly being referred to as the ‘gig economy’. These short-term and varied projects are most popular to Baby-Boomers.

According to reports, almost five million Britons now working in the gig economy – for some this is the primary way they work and for others it’s in addition to a full-time job with an interest in a particular side project.
At a first guess, many people would assume that these uber-style jobs would be most popular amongst Millenials, but the data shows that an older generation is driving this new job style.
When analysing job searching patterns from 2014 onwards found that among Baby Boomers, 180 searches out of every million were for work with gig employers such as Uber, Deliveroo, Just Eat and Hungry House as well as the freelancer platform Upwork – 22% more than the 140 searches made by Millennials.

Mariano Mamertino, EMEA Economist at Indeed, commented: “The gig economy is small but growing fast, and has now expanded well beyond the archetypal image of the Uber driver or bicycle courier.
The gig economy uses technology to enable anyone to work flexibly, and is disrupting conventional employment models. It has proved especially popular with people who have lost their job and need to start earning quickly, and among those who have a job but want to earn additional income.
Baby Boomers who are now in or approaching retirement age have valuable skills and experience they can deploy in the workplace, and the desire to keep earning even if they don’t want to work in a conventional office setting.

“Employers in the gig economy could benefit greatly from this pool of experienced talent. Offering gig jobs with in-built flexibility will allow people with valuable skills to continue working, in agile roles that fit around other lifestyle commitments like volunteering and childcare support.”

FlexJobs has conducted studies that support the reported rise of the gig-economy. FlexJobs acknowledges that at the beginning of every year job searches have to deal with a flurry of “Best Jobs in 201x”. These lists offer a breakdown of recruitment trends and encourage people to apply for the roles that showing signs of growing popularity. FlexJobs has taken a slightly different approach and has compiled a list of jobs that are expected to provide searches with the greatest potential.

FlexJobs drew on resources from CheatSheet and Fast Company and created their own criteria in order to discover the jobs with the greatest potential.

FlexJobs then narrowed down the list to only those high-potential opportunities that offer flexible work options, such as:

We have highlighted the top three jobs that provide the most potential below: 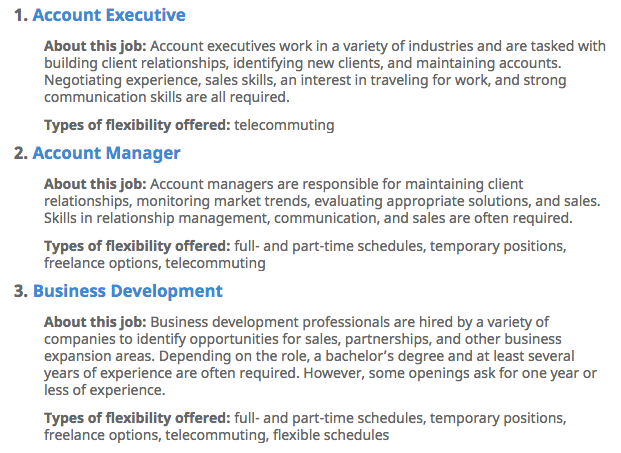 3. Be Open To Flexibility- And The Opportunities That Come With It

Kasey Champion is the pin-up girl for combining passion and skill and turning them into a dream career. Previously a software developer for Microsoft, Champion made the move to Microsoft’s Learning Experience Team. This move was fuelled by her infectious drive for education, coupled with her undeniable expertise in computer science. 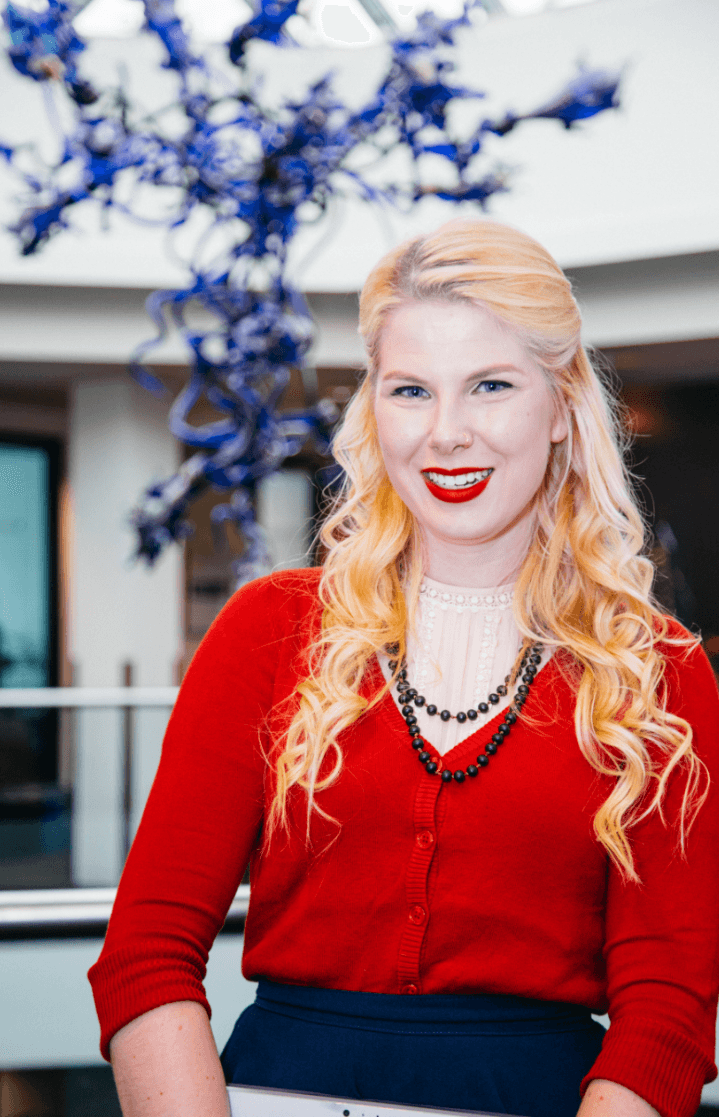 Champion had been volunteering for countless education programmes that focussed on the popularisation of computer science. When she joined the Microsoft Learning Experience Team, they created a new role especially to suit her; developing computer science coursework and training. Champion was now getting paid for work that she had previously volunteered for.
As well as moving from the role of project manager to developer- a move she claims required her to ‘press reset’ on her career, Champion was also volunteering for Microsoft’s incubator nonprofit: Technology Education And Literacy in Schools (TEALS). This organisation focusses on teaching computer science in high schools.

Throughout her career Champion has remained flexible when it comes to balancing the requirements of her role and her creative flair for education. This uncompromising passion eventually led to the creation of her new role. Microsoft showed that employers are willing to be flexible in order to stay innovative and keep passionate employees.

Do you agree with us that flexibility is the new buzzword? Get involved and let us know on Twitter