4 Employment Trends in the Gulf That YOU NEED to Know 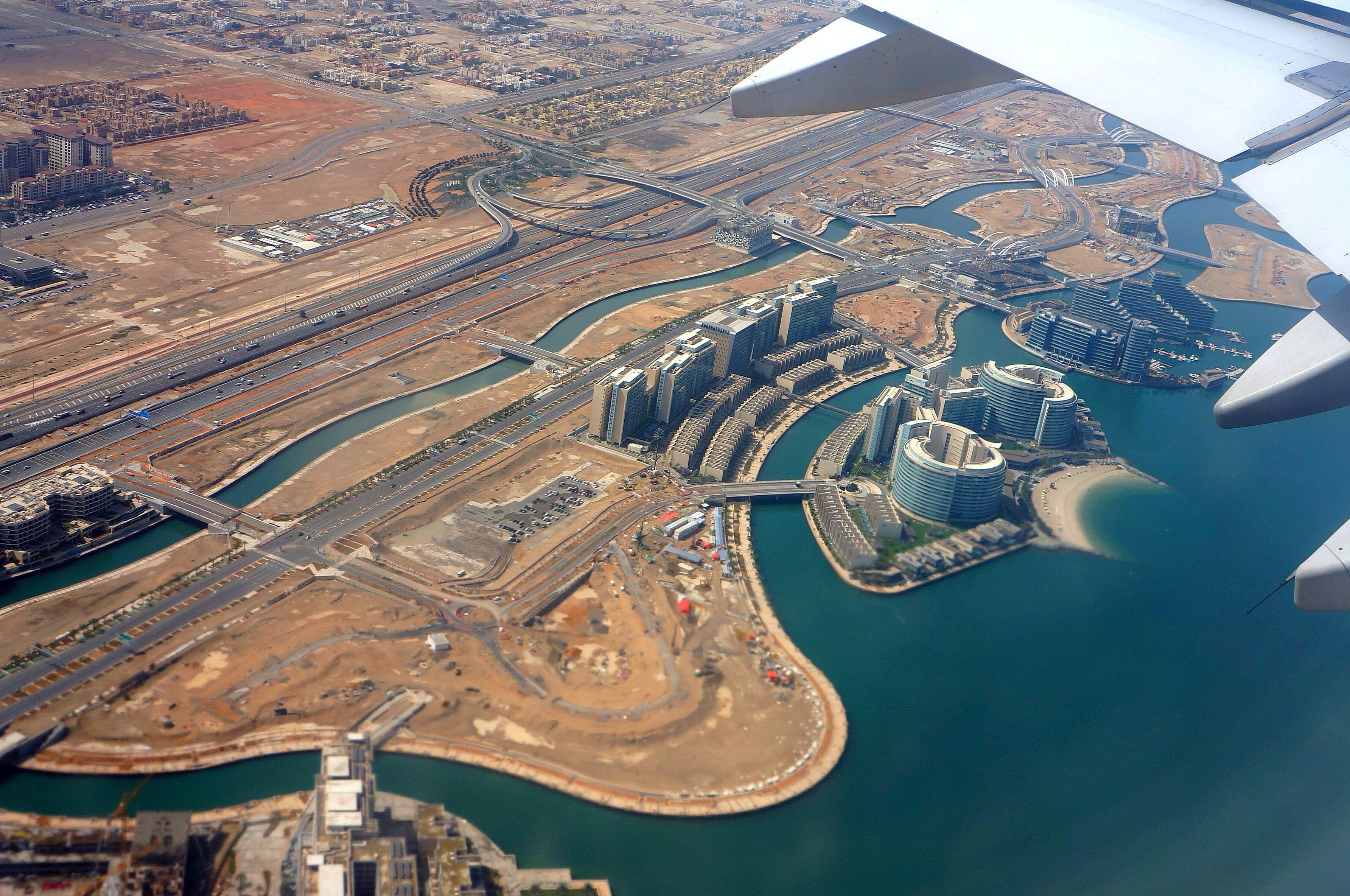 The Gulf region economy has attracted a huge amount of attention over recent years. From a decade of record high oil prices to the dramatic collapse of $100 to $30 per barrel, disruption looks set to take hold of the oil-dependent Gulf economy for the near future. Government response has taken the form of cutting state subsidies as well as non-essential projects, affecting both private and public sectors.

The implications of this mean employers are now having to face new market realities. Recruitment has been slower, redundancies are on the rise and pay increases are minimal. Not only this but recruiters also need to deal with the increasing government focus on nationalism, geopolitical tensions and the rising cost-of-living which will affect their day-to-day jobs. Primarily based on the ‘Employment and Salary Trends in the Gulf 2016‘ survey by GulfTalent, we’re going to break down the top 4 employment and recruitment trends in the Gulf region that you need to know NOW!

One of the top priorities for Gulf region governments in recent times has been to increase the share of private sector jobs held by nationals. The roots of the skewed employment patterns lie in the small national population and also their lacks of skills to serve the rapidly growing demand to expand the economy, especially during the oil boom. Employer-driven open migration regimes, gaps in labour rights between nationals and foreigners and very generous public employment policies have all contributed to this labour segmentation.

According to GulfTalent’s survey, various countries are taking measures to increase nationalisation. Saudi Arabia has embarked on Saudisation with additional job titles reserved exclusively for Saudi nationals, while Kuwait has also taken measures to make expatriates less employable, by limiting professions in which expatriates can be issued with a driving license.

Governments in the Gulf are gradually working to improve worker conditions mainly due to the heavy criticism from international media. This issue came to bear recently in Qatar when a report from the Guardian found that dozens of Nepalese migrant labourers died due to appalling labour abuses in the construction of stadia for the FIFA World Cup scheduled to take place in 2022. Not only that but some labourers had not been paid and passports had been confiscated.

In response, Qatar, Saudi Arabia and UAE have launched a wage protection system to ensure payment of salaries on time. UAE has removed a 6 month visa ban on employees who leave their jobs while Qatar are working on revamping their Kafala (worker sponsorship) system to ensure more protection.

Cautious hiring is set to define the recruitment industry in the Gulf region for the rest of the year with many companies waiting to react to how the market evolves. This is mainly due to the reduced oil prices and government spending. Companies are looking to reduce costs and improve efficiency by undertaking restructuring, merging job roles and outsourcing entire departments.

With hiring under more scrutiny, companies are looking to merge job roles and focus on candidates who can perform a wide range of duties. The reorganisation and redundancies by companies may contribute to a favourable candidate market with more top talent becoming available. 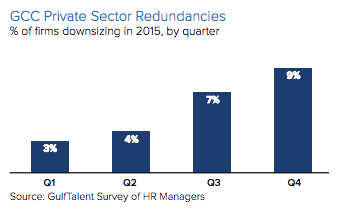 Source: Employment and Salary Trends in the Gulf 2016

Geopolitical tensions and military conflicts have been rising steadily in the Gulf, putting further demands on government finances. Qatar’s support for Muslin Brotherhood and the presence of Hamas and radical Islamists in Libya have contributed to the conflicts. This came to a head in 2014 when Gulf Corporation Council (GCC) members UAE, Saudi Arabia and Bahrain withdrew their ambassadors from Qatar.

These tensions have translated to restrictions on hiring some expatriates, particularly professionals from Egypt, Syria and Lebanon. The attention from international media makes it more difficult for companies to attract expatriate talent and securing employment visas for candidates from unstable continues to be a challenge. With political tensions on the rise, employers may need to look elsewhere for Arabic-speaking talent. A possible opportunity would be to source talent from oil-dependent Commonwealth of Independent (CIS) states who are facing a crisis and have recently devalued their currencies.

Overall, the outlook for the Gulf region for the rest of 2016 remains highly uncertain due to the oil price. More pain is likely to follow if the current low prices remain the same which will have a big affect on the recruitment industry. That being said, the Gulf states remain in a better position than other oil-dependent economies due to stable currencies and substantial government reserves.

(Handpicked Related Content:
The Most In-Demand UAE Jobs in 2016)