4 Lessons Tonight's Dinner Menu will Teach You About Job Advertising 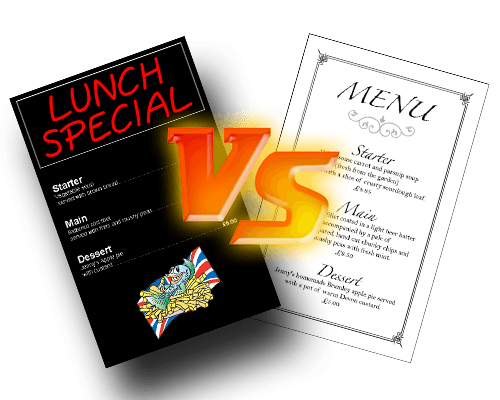 As a recruiter, your goal when it comes to posting job ads on the likes of Indeed and Monster, should be to get as many qualified candidates as possible, to respond to your ad and apply for the job. The problem is, less than 10% of all the people who end up reading a job ad, actually engage with it. More problematic still, is the fact that those 10% are the people who managed to find the job ad in the first place and who have read it from start to finish. Yep, that means that a whopping 90% of people who view a job ad in it’s entirety, are passing it by unconvinced that this is the job for them.

This needs to stop.

When looking for inspiration on how to word their job advertisements, many recruiters (you may even be guilty yourself) will look to what their contemporaries are producing, when in fact, what they should be doing is looking at potential candidates as if they were restaurant diners.

“HUH?!” Yes, I know it may sound a little strange, but while potential candidates might not be consumers of food in this instance, they are consumers of information and like restaurant diners, if they’re not impressed by what they see on one menu, they can choose to select from another at a different restaurant. They can and will choose to respond to someone else’s job ad over yours, if your’s isn’t up to par. It’s as simple as that.

For example, I present to you two sets of menus.  Both menu offerings are exactly the same, as are the prices being charged for each dish. But which restaurant would you prefer to be dining in tonight? 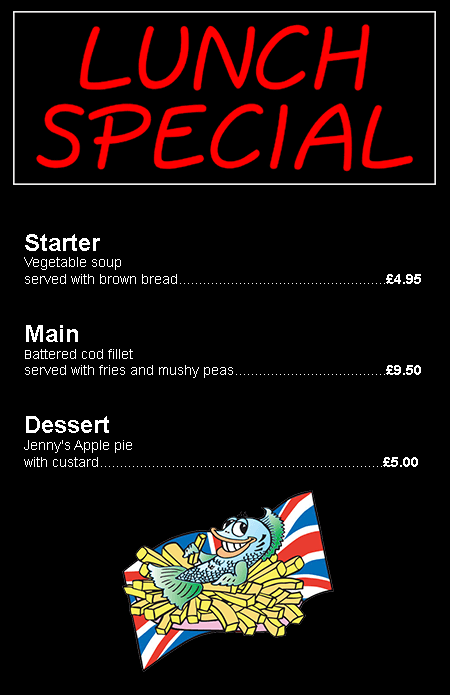 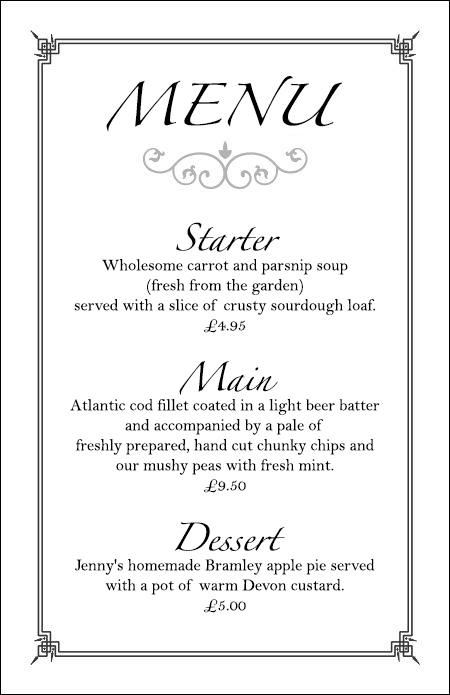 So, how can you do as to the restauranteurs do? Like so:

1. Ask yourself, “How would I sell it verbally”?
We are at our best when we get to sell personally – so selling in a personable manner is key. Write your job description as you would sell in-person to a candidate. Entice them with your words as Menu Two does above. Why would you put down that soup is just “vegetable soup” when, in person, you’d make a point of telling someone it was a “wholesome carrot and parsnip soup“, and that you grew those ingredients yourself? You wouldn’t, so don’t do so in your job advertisements!

2. Write it down in layman’s language, and be passionate!
Be explicit about why your ideal candidate should move from their current role to yours. And don’t change the type of language you would use in person. There’s no need for jargon, just straight forward language with a passion behind it. For example, while Menu One tells you what you’re going receive, it doesn’t make you yearn for the food like Menu Two does. Menu Two goes into detail about the fact that the vegetables are fresh from the garden, implying that care and effort went into their preparation. We’re told the cod is Atlantic cod and the batter is a light beer batter, not just any old stodgy batter. We’re also told that our chips are hand cut and will be brought to us in a pale, and that the mushy peas aren’t just plain old mushy peas. Use that kind of story telling detail in your job advertisements.

3. Bold your keywords.
You’ve seen me do this throughout this post to highlight some of the key points I’m trying to make, but highlighting the important keywords and points in your job spec will improve your applications. Why? Because when candidates read the job description in full, they get a feel for what’s really important and the understand the requirements.

4. Write the boring stuff
The details are important, but you don’t need to put them front and centre. Menu One lists the price alongside the meal. Menu Two gives you the price after it’s gotten your mouth watering about what you could soon be enjoying. Sell your candidates the opportunity first, and reinforce it with the key details later.

For information about Job Advertising and how we can teach you  how to use creative, intelligent language to increase the number of quality of inbound leads by up to 500% and attract the most sought after candidates, download a copy of our Black Belt in Internet Recruitment course prospectus or get in touch with one of our Sales representatives today.