Catching up with China - why do Chinese grads not want to work for the market rate?

This past weekend, I had the pleasure of catching up with a good friend of mine who was home (to her official second home of Dublin, where she studied for years) from Shanghai (her actual home) on a quick visit while training in London for a month. 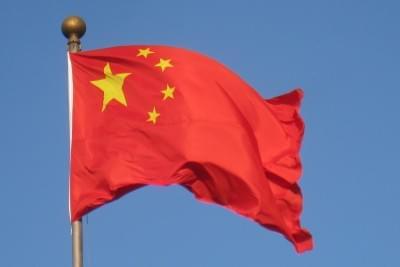 My Shanghai-friend has a really good job, as a recent university graduate, in Shanghai. She also has a tremendous level of education where she not only has an undergrad degree from one of the best universities in Ireland but also has a Masters in Finance from Ireland too. She is absolutely fluent English, and is significantly better travelled than her Chinese contemporaries. Effectively, she’s a great catch.

After my friend had to return home to China (she was no longer a student and thus her student visa was expiring), she had a realistic outlook on the jobs market in Shanghai and appreciated the value of finding a job as a graduate. Ireland was experiencing the crescendo of the highest economic boom in its history just as my Chinese friend started her degree in 2006, and then experienced the almighty collapse which saw Ireland free-fall from it’s high horse in 2008 onwards. Frankly, my friend perfectly understood, and was grateful for, the job opportunities she was offered back in Shanghai.

Her Shanghai graduates however, are not so grateful.

It was fascinating learning about Chinese graduate culture and the expansion of the middle class from the perspective of my friend, but I also noticed it was remarkably similar to trends seen in many developed economies around the world.

China’s rate of University graduates are at their highest level ever, with 7 million people graduating this year (2013). China’s economy is still growing (albeit slower than previous years), but its predominant exporting sector is still manufacturing. Chinese students are modeling their potential value and earning power on the high-level service economies that bolster Europe and North America, and as such the middle class is expanding and China’s seeing an ever-more educated generation of young people.

However, there are too many graduates and not enough jobs. Sound familiar? 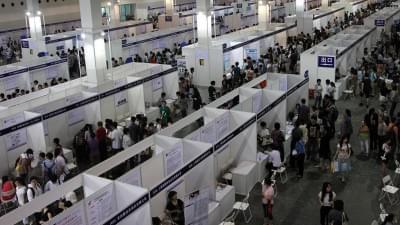 Actually, there are plenty of jobs, just not the kind of jobs that these university-educated graduates are willing to accept. Chinese graduates are actively seeking to get into giant state-owned companies or government jobs. Why? Because they get nice wages, they’re cushy permanent jobs and they don’t have to work weekends or anti-social hours. I bet this scenario sounds familiar to you too.

From Marketplace’s article, Tales from a Shanghai Job Fair: Why China’s College Grads and Employers are Mismatched, Rob Schmitz:

Hundreds of HR managers carefully eye prospective employees who, resumes in hand, crowd the floor at a Shanghai job fair.

Here’s the problem: neither group is interested in each other.

Nicole Li is looking to hire college graduates for her property management company. “We need technicians to fix software problems, but college grads don’t have these skills,” says Li, frowning. “We need people for exhibitions who can do presentations in English, but they can’t do that, either.”

Li needs to hire people for 60 high-skilled jobs. She says among the thousands of candidates here today, she’ll be lucky if she finds one.

Export growth in China has been largely attributed to smaller (in comparison) firms, employing around 200 people, but these jobs are demanding and highly competitive. This is where my Shanghai-friend has managed to land herself and she’s delighted. These firms often service business functions from around the world, meaning that anti-social hours are called for. The wages are good, but they’re not exorbitant either. In fact, it’s common for companies to sign two-year contracts with employees, and if the employee quits before the contract is over, any fees for in-job training may need to be repaid to the firm.

My Shanghai friend lives in urban Shanghai with a number of girls who are also recent graduates, but she was the only one with a job. One of her housemates was looking for a job for almost three months before she landed a pretty decent job (excellent!), but she quit after just one month because she didn’t really like it. She was looking for wages that were a rather obnoxious ask at the tender age of 23 with no experience because she was University-educated. She was pretty much trying to cash in on her investment of education well before it was due.

… Jason Zhang is hiring people to work at a chain of nightclubs. He doesn’t care where his job candidates are from. He’s more concerned whether they’re willing to work. “I think today’s graduates are less appealing than people who were born in the ’70s and ’80s,” says Zhang. “They tend to be overly confident and they don’t want to work very hard.”

I turn around and ask 22-year-old Wang Qianmin, who’s about to graduate from Shanghai Normal University with a teaching degree, what she’s looking for at the job fair. “I don’t know,” she says with a pout. “Most of the jobs here aren’t really interesting. I’m looking for a company that’ll give me a high salary, money for meals and that’ll pay my rent — a place where the working hours aren’t too long.”

Wang says she wants to be a teacher. Or maybe a wedding planner.

Jason Zhang, the recruiter who has years of experience hiring people, rolls his eyes at this type of candidate. “Chinese college graduates these days think they’re really special,” he says with a smile. “The problem is — they’re the only ones who think that.”

I fear that graduates from Ireland, the UK, US and other developed nations, have similar high-hopes and good intentions that may prevent them from grasping the reality of the situation. Getting a job (almost ANY job) after college is WAY better than waiting months and months waiting for *the* job. Why? Well, firstly, it’s better to be earning some money than no money; second, it shows to another employer for *the* job that you’re a hard worker and are willing to work; and third, according to the Washington Post this past May, only 27% of college graduates are working in a field relating to their major.

The world is out there to explore, grads! My advice? Get out there and flip some burgers or fold sweaters already. 🙂