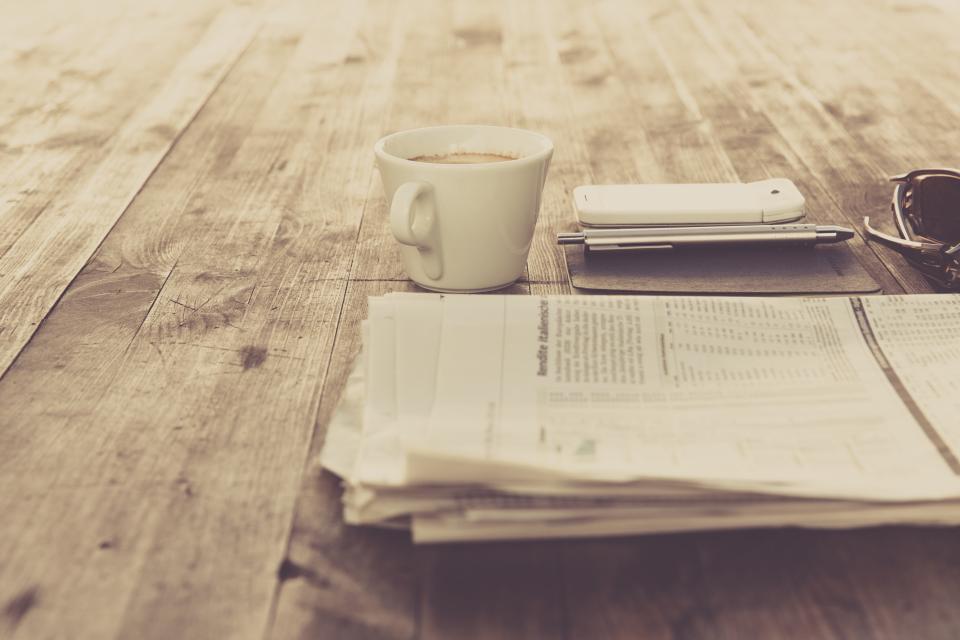 Google Is making a Move Into Recruiting Technology

According to ERE Media, Google is dipping its toe deeper into the world of recruiting tools and technology, by partnering with some company names that’ll ring familiar. But it’s not a new job board Google are launching, but rather a tool that other companies could use on their sites: an API to help match candidates with jobs.

How will it work? Well, according to Google, at the heart of Cloud Jobs API “there are two main proprietary ontologies that encode knowledge about occupations and skills, as well as relational models between these ontologies”:

For more technical information on the new technology, click here. It’s well worth the read!

Newsquest Media Group is utilising its multitude of local newspapers and websites to target local jobseekers in England’s capital. Capitalising on the success of a similar operation, namely the number one job board in Scotland – S1jobs, the newly-created L1jobs will let recruiters have job listings on regional jobs boards, and digital display adverts on Newsquest’s regional websites and in their local news print titles.

Tony Portelli, Newsquest’s Managing Director for south London, says: “We advertise lots of great local jobs from local firms that are well worth getting out of bed for. By leveraging leading recruitment technology, we have been able to create a highly responsive jobs site for London. Our unbeatable local presence means recruiters can focus on attracting the best talent in their area, whilst simultaneously casting their net nationwide.”

Check out the new site here.

The Most Popular Entry-Level Jobs and Companies for College Graduates 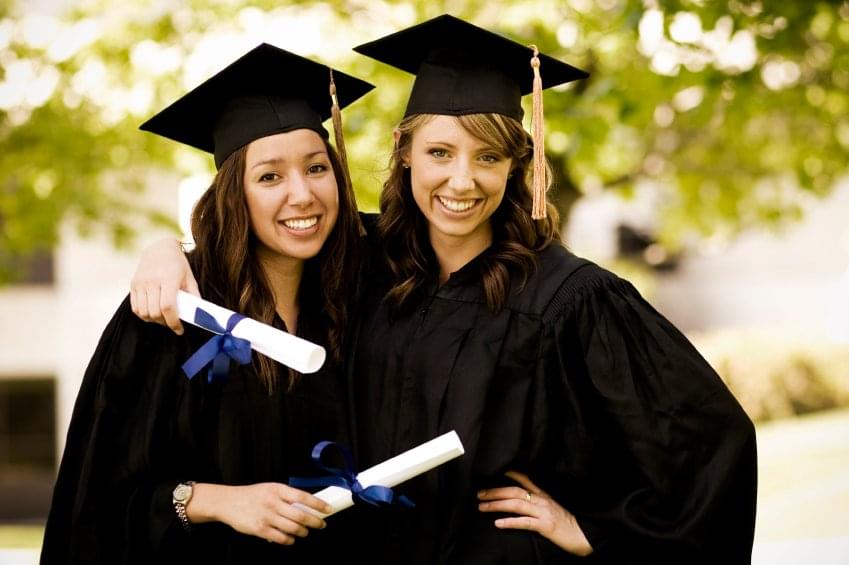 With graduation fast approaching for many colleges and universities, LinkedIn have released the results of some research they conducted into the most popular jobs among college grads and the most popular employers:

Most Popular Companies for Recent Graduates:

Most Popular Entry-Level Jobs and Median Salaries for Recent Graduates:

If you manage your employer brand presence across numerous  social sites like Facebook and Instagram, it’s time to rejoice! Facebook have unveiled a new feature that should make it easier for businesses to stay on top of conversations across Facebook, Facebook Messenger and Instagram. Something Benji Shomair, Facebook’s Global Head of Pages, described as “one of our most frequent requests” from businesses.

Previously, if a businesses wanted to respond to customers on Facebook and Instagram, they had to open separate apps – an increasing challenge as more and more of their communication is happening on social media. (Facebook says Pages alone are seeing “nearly 5 billion comments, messages and visitor posts” each month.) “There were some people even carrying multiple phones so that they can quickly respond to all the different things coming in,” Shomair added.

Now those businesses can respond to all of those comments from Facebook’s Pages Manager app. The inbox in the app will now include a unified stream of all that commentary – including comments on their Facebook posts, posts on their Page, messages and comments on their Instagram and videos – as well as individual tabs for focusing on individual channels.

Facebook has already been testing this with select users and will be rolling it out more broadly over the next few weeks. 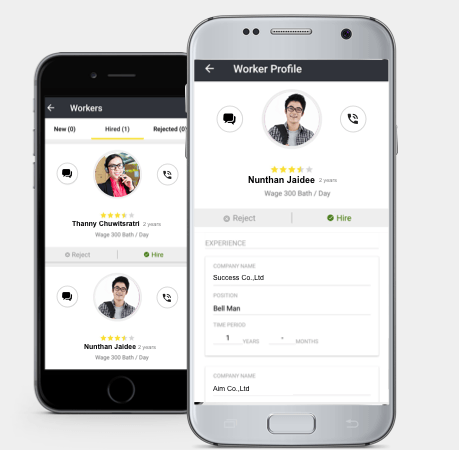 For those of you who are unfamiliar with it, Helpster is similar to CornerJob in Europe, in that it helps companies seeking blue collar workers to find candidates, both in temporary and full-time roles. The industries served by Helpster include food and beverage, warehouse, hospitality, customer service, retail among others.

The funding, will help the startup grow its position in the Indonesian market, which it recently entered. It will also go towards increasing its presence on home-soil in Thailand, where the majority of its 35 staff are based. In a statement about the recent round of funding, CEO Matthew Ward said: “We started Helpster after speaking with many businesses in [the services industry] who still cite hiring and staffing as their biggest pain point in running their business. They were looking for a solution that enabled them to tap into the large labour supply quickly and cost efficiently, and traditional methods such as job boards or agencies weren’t fast enough and just didn’t deliver the quality of workers they required.”

WhatsApp Launches Video Calling For Everyone

To use the new feature, WhatsApp users can hit the call button in the top right corner of a conversation, which will bring up an overlaid interstitial asking if you want to voice or video call the friend or family member you’re chatting with. To kick off the video call, you simply select the “video call” option from this screen. During the call itself, you can switch between the forward-facing and rear camera, mute the call or press the red button to hang up.

WhatsApp already supports a number of standard features for communications apps, including group texting and voice calling. But the company says that video calling has remained one of its top feature requests from users.

Update the app on your phone now to start using it to conduct face to face phone interviews with candidates via WhatsApp. 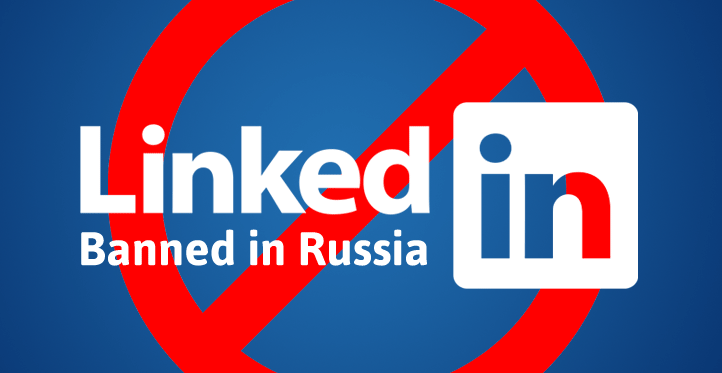 If you’re a LinkedIn user in Russia, I’m afraid we have some bad news for you today. Following tense negotiations, Russia’s communications regulator Roskomnadzor has started to enforce a proposed block of LinkedIn in the country, after the social network failed to transfer Russian user data to servers located in the country, violating a law instituted in Russia requiring all online sites to store personal data on national servers.

LinkedIn confirmed the block to TechCrunch in a statement, saying: “LinkedIn’s vision is to create economic opportunity for the entire global workforce. We are starting to hear from members in Russia that they can no longer access LinkedIn. Roskomnadzor’s action to block LinkedIn denies access to the millions of members we have in Russia and the companies that use LinkedIn to grow their businesses. We remain interested in a meeting with Roskomnadzor to discuss their data localisation request.”

“LinkedIn’s vision is to create economic opportunity for the entire global workforce,” the LinkedIn spokesperson continued. “The Russian court’s decision has the potential to deny access to LinkedIn for the millions of members we have in Russia and the companies that use LinkedIn to grow their businesses. We have on Friday (11 Nov) again requested a meeting with Roskomnadzor to discuss their data localisation request and we understand they are reviewing this proposal at the present time.” However, TechCrunch have reason to believe that LinkedIn never got that meeting.

It’s not clear why LinkedIn – which has 5 million users in Russia – was targeted in this case. However, some have speculated that it was a warning to bigger sites to be on their guard.

We’ll keep you updated as this story progresses.

When a nervous candidate boarded a train on his way to a job interview at Finch Subway Station in North York, Ontario, Canada, he never could have anticipated the kindness his fellow passengers were about to bestow upon him.

In a Facebook post, Salma Hamidi, who was waiting for the train to leave, told the warm story of how helpful onlookers encouraged the nervous man. She wrote that the man boarded the train then anxiously put his head in his hands, and nervously said “Oh God.”

“The Russian guy sitting beside him asked if everything was OK in a pretty heavy accent,” Hamidi said in her Facebook post. “He said he has a horrible headache and is running late for an interview.” That’s when Hamidi offered him an Advil. He thanked her, but said he had nothing to take it with. “The Middle Eastern woman sitting beside me wearing [a] hijab, took out a juice box from her kid’s backpack and gave it to him, telling him that if he takes it now he’ll feel better by the time he gets to the interview,” she added. But the man also revealed that he was nervous. Being an employer, Hamidi says she assured him that everything would be okay. She recommended that he not make excuses, but rather simply say that he’s late and apologise.

Then others on the train also decided to help him prepare for his interview.  “The Russian told him to walk in confidently and to tie his hair back if he [could],” she said. “A Chinese teenager sitting on his other side handed him a hair tie saying she has a million of them”. While the Muslim woman told him to smile a lot as people are more willing to trust you if you smile, Hamidi recalled.

When the man got to his station, they all wished him good luck in his interview.  “Now if THIS isn’t the ultimate Canadian experience short of a beaver walking into a bar holding a jar of maple syrup, I don’t know what is!” Hamidi wrote.

If only every applicant had such a lovely send off before they attended an interview!