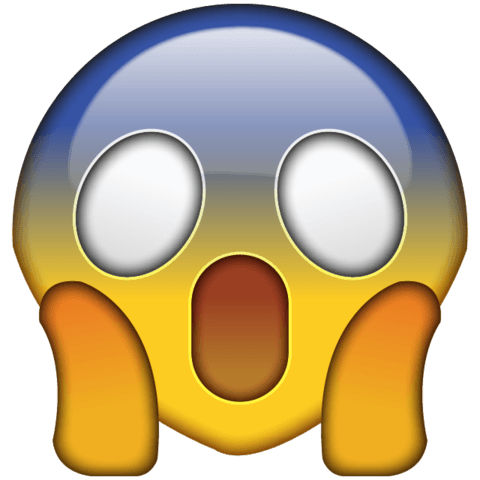 We’ve compiled a selection of the most cringe-worthy job interview stories from Reddit’s poor unfortunate users for your Friday reading pleasure Get ready to grimace!

Tuesday mornings interviewer was Saturday nights one night stand… I’ve never given up on getting a job so quickly.

2. Three strikes and you’re out

Interviewer: I see in your resume that you’re a veteran and you’re currently a paramedic student?

Me: That’s correct. I served in the Army (insert years and MOS) and am currently enrolled at (insert school name and instructor coordinator).

Interviewer: Well, that’s two strikes against you. I’m not really fond of veterans or paramedic students.

At first I thought that it was a joke, but the 5-10 seconds of awkward silence eliminated that possibility. It’s one of the only interviews I have ever ended and walked out of. I ended up telling him that I realised I had another engagement and would need to terminate the interview early.

I had a guy answer his biggest weakness question with, “Waking up on time and coming to work.” I just sat there in shocked silence before he followed up with, “I really like sleeping in.”

I just noted it, asked a few more questions and ended the interview shortly after.

He didn’t get the job.

We’d asked all our questions, given the candidate an opportunity to ask any he had, and were just wrapping up. Suddenly he interjects: “No, no, no, no. We are not finished, yet.” He then launches into a monologue about how great he is and why we simply must employ him.

As he draws to a close and we are breathing a sigh of relief, he then pulls out 2 sheets of paper, and starts reading the list of 50 or so questions he’s written down, most of which we’ve already covered.

I once had an applicant sit there chewing bubble gum. At first I thought it might be a “nervous habit,” but when he blew a bubble while I was referring to his resume, that did it.

6. It better be Disneyland

My wife has interviewed a couple of people that showed up with mom.

In one case, mom even called my wife directly a week later wanting to know if their kid got hired, could they take a week off a month in for a family trip…

7. Grammar: The difference between knowing your sh*t and knowing you’re sh*t

I asked the candidate if he considered himself a punctual person. He responded with, “well I’m not a grammar nazi or anything.”

Was on a panel where the applicant was clear favourite for the spot, answered every question excellently, until this:

Candidate: “How many breaks do I get?”

Me: “One in the morning, one in the afternoon and your lunch.”

Candidate: “Well that needs to change, I’m on a strict diet and exercise regimen and need a 15 minute break every hour so that I can eat.”

Me: “On doctors orders?”

Candidate: “No, I want to compete in bodybuilding next summer”

Me: “Thanks for your time, we’ll be in touch”

Candidate brought his mom in with him – who proceeded to answer all the questions I was asking him until I asked her wait outside.

His only work experience was a paper route he kept for less than 2 months and mowing his neighbour’s lawn.

It was clearly an enormous effort for this poor guy to communicate in anything but one-word answers. In fact, he looked genuinely relieved when the interview was over.

The next Friday he called to reschedule again.

I had a Indian female candidate for a programming position that spoke perfect English during the phone interview. Brought her in for the face-to-face interview the next week where she barely understood English, had a very different Hindi accent and really didn’t meet the minimum job requirements. I decided she was a “no go” 5 minutes into a 30 minute interview.

During our talk, I found out her husband paid someone else to do the phone part just so we would bring her in person.

I had a male candidate direct all his answers to my male HR colleague (I’m female). I was not the Hiring Manager, but I would have been this guy’s direct manager and that was outlined at the beginning of the interview.

He even directed answers to questions I asked at the male HR dude.

I had a guy show up for his interview drunk, wearing a powder blue tuxedo jacket. The interview didn’t last long, but before it was over he was crying about his Uncle who had died.

We asked him how long he had been gone: 6 years.

I work at PetSmart, and one of the questions we ask potential candidates is, “If you could be any animal what would it be?”

He said he would be a turtle, because he’s always really slow and he’s never in a rush…..

A girl I was interviewing had her phone on the table. During the middle of the interview it rang and she answered it.

She freaking answered the phone and looked me in the eyes to tell the other person they were in a job interview.

I just asked one more question which was,”Do you have any further questions for me?” To which the reply was,”I didn’t get the job did I?”

We had a phone interview with a guy whose first question was, “How tall is your building?” We told him it was 20 stories. He then told us, “I can’t work in anything over 7.” Interview over.

The other interviewer and I just sat there looking at each other like, “What just happened?!”