The 10 Golden Rules for Using the Phone to Contact Candidates 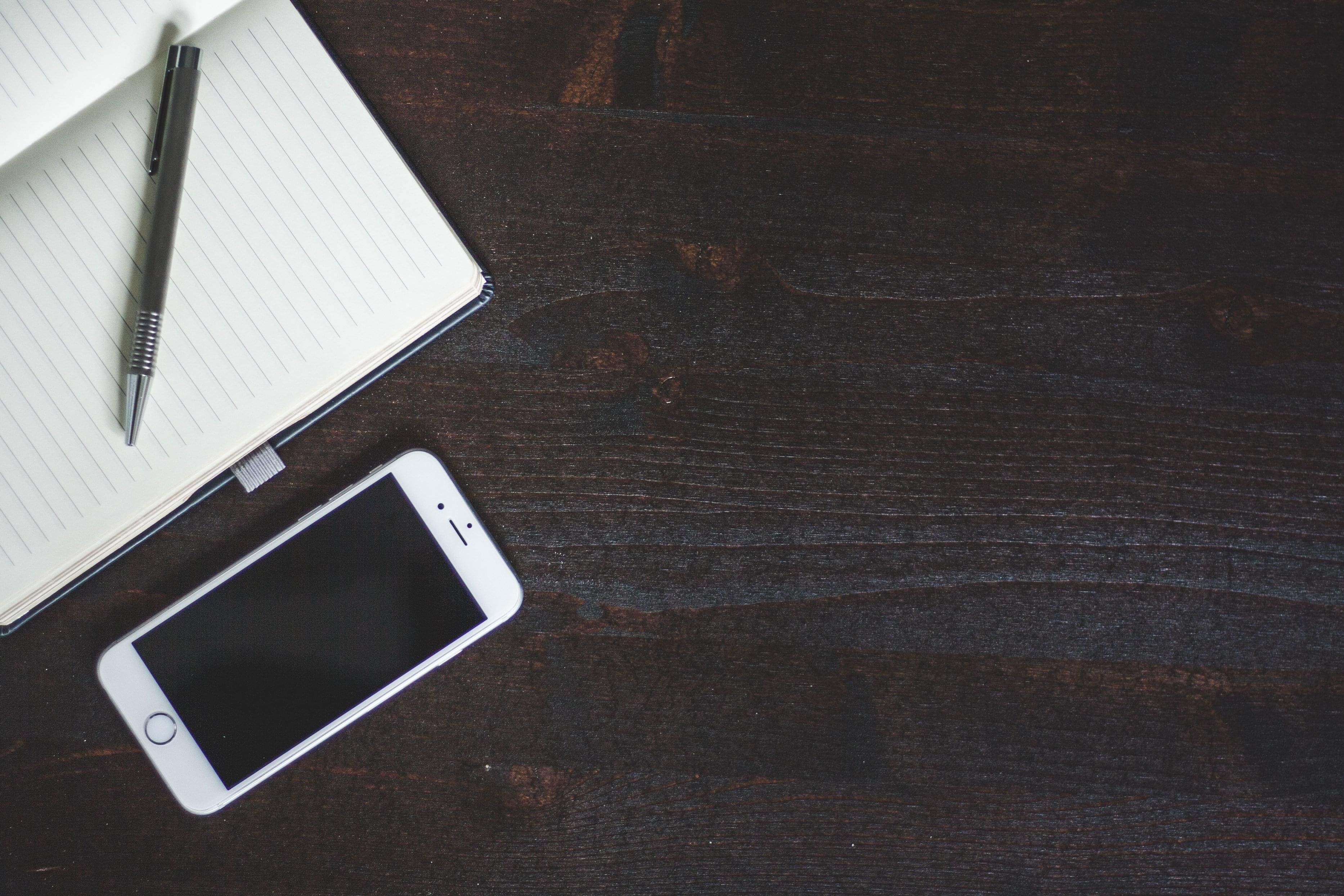 When was the last time you picked up the phone and called a friend to ask when they’re free to meet for coffee? Chances are you probably sent them a text or WhatsApp message instead, right? Isn’t it ironic that the amount of time we spend actually talking on the phone is minuscule in comparison to the time we spend using all other phone features?!

Recruiting is no different. When we spot a potential candidate, we send emails, inMails and tweets instead of just picking up the phone and calling them. Results from the Global Recruiting Survey 2016 found that phone is hands-down the most effective way of contacting candidates, with a 44% response rate in comparison to a 35% response rate on LinkedIn. However, in spite of this, phone is still by far the least-used medium by recruiters. ‘But how are we supposed to call passive candidates when we don’t have their phone numbers?’ we hear you ponder. Easy. Find their current company’s phone number by searching Google Maps (find tips on to do this here). ‘But isn’t it crazy to contact a passive candidate about a role when they’re at work – isn’t that just asking for trouble?’ Yes, yes it can be…but only if you’re half-hearted in the way you go about it. Today we’re listing the 10 golden rules for using the phone to contact candidates, which should help increase your response rates drastically!

Rule #1: Be in control of ‘The Gatekeeper’

So you’ve found the company’s phone number through Google Maps and it’s time to make the call. Chances are, the first person that you’ll speak to is going to be a receptionist. And chances are that when you ask if ‘Joe Bloggs’ is available, they’ll ask who you are and what the call is in reference to. But don’t fret. Obviously, you’re not going to say ‘It’s Michelle here, just wanted to speak to Joe about a possible job opportunity’, now are you? The key here is to be in control of the conversation. So when you ask if Joe is free and the receptionist asks what it’s in reference to, give your name and say that you sent information over to him and wanted to chat about it, but follow that up immediately with another question like ‘Is Joe usually at his desk around this time?’ Keep asking questions. You have to retain control during the exchange so that the Gatekeeper is the one that has to do all of the answering. If they advise you that Joe isn’t available, ask ‘When would be a good time for me to call back?’ or ‘Is it better to call his direct line?’

It’s absolutely imperative that you maintain professionalism at all times. Remember that not all candidates will be interested in having a conversation with you when they’re at work, and that’s ok. The objective of this phone call isn’t about making a killer pitch about the job, it’s simply about organising a time for another call to discuss the opportunity.

Naturally, some potential candidates are going to be nervous that the conversation might be overheard, so get to the point quickly and if they advise you that they just aren’t interested, don’t be pushy. Say that you understand and end the conversation there. Relentless isn’t a good look on you.

…but before you let them hang up, be sure to mention that you’re going to connect with them on LinkedIn in case their situation changes, or if they have a friend that is currently looking for new opportunities. That way, they’ll be able to contact you directly. It’s important to emphasise that they can contact you, rather than vice versa, so that they don’t get the impression that you’re going to constantly spam them!  That way, you’ll continue to chip away at building your network, and be giving the candidate an opportunity to contact you if they happen to change their mind.

Rule #4: Smile while you speak

Before you pick up the phone, force yourself to make the widest grin that you possibly can.

The co-worker that sits directly across from you will probably ask if you’re feeling alright, but that’s neither here nor there!

Even though the candidate can’t see your face, smiling when you speak immediately makes you come across as a more positive, confident person. The type of person that a candidate might actually want to talk to!

Recruiters often have a bad reputation for telling lies to candidates. Now, if you’re ever-so-slightly guilty of this, you may think it’s no big deal because they’re only little ‘white’ lies. The reality is, a lie is a lie and candidates really don’t appreciate them! So, when you’re speaking with a candidate on the phone, don’t feel the urge to embellish any of the details about the job as a way to lure them into agreeing to have a second conversation with you. It really won’t do your employer’s or your own reputation any good. So do yourself a favour and be honest. Trust us, candidates will thank you for it in the long run.

Asking the Gatekeeper when’s a good time to call back = good idea. Asking the candidate when’s a good time to talk again = bad idea. Quite simply because it’s just too complex a question to ask. By leaving it wide open, the candidate has to think about what gaps they have in their calendar, which could potentially leave them feeling flustered. They might not have their day planner to hand, so it’s far easier for you to give them concrete details, like ‘Tuesday at 10:30am’ – from there the answer can only be a yes or a no.

Rule #7: Be conversational and friendly

We’ve already talked about smiling when you speak and remaining professional, but what’s most important to remember is that this is ultimately just a conversation between two people. There’s no need whatsoever to get into the finer details during the call. Now, if a potential candidate is happy enough to ask you questions about the role, by all means you should answer them. Otherwise, it’s just a casual chat about how you’ve found them and how you feel that they could be a good fit for a role that you have available. Your tone should be friendly and conversational. Remember, you don’t want to scare the candidate away by getting into the nitty gritty. Chances are, they won’t be taking those details in if they’re talking to you whilst at work anyway!

Rule #8: Confirm who is calling who

So you’ve achieved exactly what you wanted to – the candidate has agreed to a second call with you. Result! But, wait…do they know if you’re going to call them at the time you’ve agreed or is it possible that they think they have to call you? This might seem like a small thing, but it’s actually a big deal. You need to make it very clear to the person who’s calling who. Ideally, you will tell the candidate that you’ll call them and ask for their mobile number. Leaving it up to them gives them an easy out, meaning that you could be stood up with no way to contact the candidate (apart from calling them at work again). Even if they insist that they’ll call you, be sure to ask for their mobile number, just in case they have trouble contacting you.

As soon as the call has ended, send a calendar invite by email to the candidate. Again, it’s possible that they may not have fully taken in all of the information you gave if they were caught off-guard at work. If people forget about any sort of prior engagement, there’s a very high chance that they will cancel at the last minute. Remember to keep the details of the calendar invite quite vague, just in case their colleagues can access their schedule. Title it something like ‘Catch-up with Michelle Burke’.

Remember, just like anything, practice makes perfect. When you contact passive candidates by phone, it’s inevitable that you’ll come across people who just aren’t interested in what you have to say. Don’t let this knock your confidence, or put you off contacting candidates over the phone in the future. Remember, the stats don’t lie. Using the phone is the most effective method of contacting candidates for a reason – because it works! If you stick with it and follow these 10 golden rules, you should notice a definite pick-up in your response rates.

Why not try out these tips and let us know how you get on by sending us a message on Twitter, Facebook or LinkedIn, we’d love to hear from you!