If you regularly recruit for tech talent, you’ll know all too well that it’s no easy feat. Between trying to get your head around all of the terminologies and jargon added to the fact that tech is easily the most candidate driven market out there – you guys and gals sure do have your hands full! In a new series on the blog to coincide with the release of our new Black Belt in Tech Recruiting programme, we’re breaking down all of the various job functions within the field of technology. This should help you to better understand the roles that you’re recruiting for, as well as a couple of tips and tricks on what to look out for when you’re sourcing. First up, we’re focusing on Front End Developers.

Who are Front End Developers?

To put it in its simplest terms, Front End Developers are the people that make applications look amazing. Their main focus is on the interface; the look and feel of the product itself. Remember, the front end is generally the last layer to go on in the development of an application. It’s not necessarily the critical layer, that would be the back end. Now the back end is a whole other day’s work, but to give a very brief overview of how software development works:

Application Software is broken into three layers – GUI, Business Logic and Data Store. No application would work without any one of these layers.

Which one of these layers do you think relates to Front End Developers? You’ve guessed it – GUI! So if, when you’re screening CVs you notice that a candidate has referenced the term ‘GUI’ or ‘Graphical User Interface’, you’d be right in presuming that they’re a Front End Developer. What’s important to note is that the front end is generally the last stage of a development project. The groundwork is set during the back end process, so making sure that it looks great to present to users is generally the last box that needs to be ticked.  Interestingly, some (super)users are actually generally involved in this final part of this process, in terms of setting out what they want in the application so that the Front End Developer can lay it out accordingly.

So aside from GUI, what other terms should a recruiter look out for when they’re screening or sourcing Front End Developers? 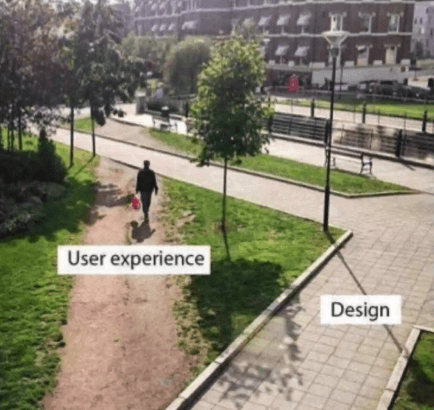 ‘UX’ relates to User Experience, whereas ‘UI’ stands for User Interface, and both play an increasingly vital role in the development of any application. User Interface focuses on the layout of the physical mechanisms used (like the buttons and the icons of an app), whereas User Experience focuses more on the overall journey of the user.

With the rise of smartphones, tablets, and other non-standard devices, developers now need to make sure that the user interaction on the application will come across in the best way. This is an art form in itself, and there are specific degrees that budding developers can undertake to focus just on UX and UI. Have a look at the photo on the right. User experience is so important when it comes to design because UX Developers think about the things that you or I wouldn’t until it’s too late. A superstar Front End developer will have an appreciation for both UI and UX.

You’ll generally be able to tell that a candidate is a Front End Developer if the term ‘visual’ appears on their profile or CV. This includes ‘Visual Studio’, ‘Visual C++’, ‘Visual Basic.NET’ and ‘Visual C#’ – if you see these terms, you’ll know that the person most likely focuses on the front end side of development.

When a Front End Developer creates a button in the likes of Microsoft C++, no matter how beautiful that button looks, nothing will happen when it’s clicked. That’s where Back End developers come in, because they are the people who write the code that commands the button to do what it needs to. So the two have to marry together to get that button to work. This process is called ‘data binding’. All front end GUI components are assigned to pieces of code so that when you trigger a command, something happens. Without data binding, these buttons would just be shells.

Most applications will be developed for a particular API (Application Programming Interface). What this means for Front End Developers is understanding what they’re developing the application for, as well as where it is going to sit – e.g. on an iPhone, desktop computer, tablet, etc.

The exact same programme might need to be developed again and again for different APIs, so depending on the project itself, a Front End Developer will need to work with specific dimensions, parameters, branding, etc. 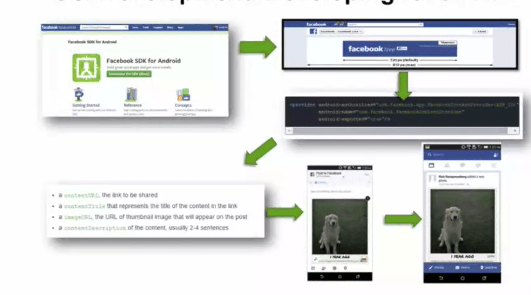 They will then work those API parameters within their own front end, so that when an app is opened it looks a certain way. Some of the most popular APIs in the world today include:

Let’s take a closer look at some of the most commonly used programming languages when it comes to websites. It’s important to understand that front-end development doesn’t equal website development. Even though every website has a front end, not every front end project is for a website. However, there are a group of developers that specialise in designing beautiful front ends for websites. If you happen to recruit Front End Developers for website projects, here are some of the language terms that you should look out for:

HTML is the original language for developing static web pages, but nowadays you can create and build your own website without needing to have any knowledge of HTML.

HTML 5 has been introduced as a result of Flash not being compatible with Apple devices. When you create something in HTML 5, it basically replaces all of the things that Flash could do. It’s currently the language of choice for current websites because of its dynamic capability.

In a nutshell, CSS allows easy dressing of your HTML code. Cascading style sheets allow code to be displayed in various different ways visually, with just the click of a button. This means that instead of having to rewrite pages and pages of code, you can change the colours and themes of the website transforming the look and feel by simply changing one line.

The ‘web’ part of the .NET framework, ASP.NET is a tool to bring your applications online. Not only does it bring them onto a website, but also takes care of everything that’s going on behind the scenes. It’s a powerful tool used by small to medium sized businesses upwards, and very commonly used by developers in the industry.

Rather than needing to transfer data across a number of websites and web pages, XML simplifies the transportation and sharing of data across the web. Because of this, it’s a required language around the world. Like CSS, it get over the hurdle of having to rewrite code for entire websites. With XML, data is presented in a way that accommodates different devices and websites.

We’ve only just scratched the surface when it comes to developers, but all going well, you’ve come away from this with a better understanding of exactly who Front End Developers are, what they do, and what to look out for when you’re sourcing candidates for front end roles. In our next instalment, we’ll be delving into the world of Back End Developers, so stay tuned for that!

Want to learn more tips and tricks for recruiting tech professionals? You’ll love our Black Belt in Tech Recruiting Certification! In our latest ninja programme, Ayub Shaikh, MD of Holistica Consulting Ltd. and author of ‘The IT Recruitment Survival Guide’ teaches you everything you need to better understand, assess and evaluate tech candidates. If you’re looking for and speaking to developers on a daily basis, you need to check this out! Click here for more information, and request a demo of the platform from our sales team now.

Here’s a summary of what you can expect from the course, courtesy of Ayub.