The Short Half-Life of Your Social Recruiting Posts

When something is posted online, be it an employer branding video, a job ad or a blog post and whether it’s on Facebook, Twitter, LinkedIn, Instagram, or Pinterest, it will likely be online forever, but unfortunately it won’t always be relevant. Much like groceries in a supermarket, social media posts have shelf lives that expire.

Now, make no mistake; despite this natural expiration date, crafting great social media posts is still vital to a successful social recruiting strategy, particularly for recruiters looking to attract a high quality candidates. After all, good, interesting content is one of the top three reasons people will follow a company on social media. (That’s why 87% of B2B marketers use their social networks to distribute content.)

But, while this content may technically be out there forever, its lifespan (the time it’s most useful to you) is much, much shorter. The big question is; how long is the shelf life of your social recruiting posts? Or, in other words, how much value does one social recruiting post hold? And, more importantly, how can you successfully grab the attention of the right candidates at the right time, before your posts reach their expiration date?

What Does “Half-Life” Mean?

Usually when we talk about a half-life we’re referencing the amount of time required for the amount of something to fall to half of its initial value. The half-life of a social media post is simply the point at which your post has received 50% of all the attention it’s going to get – likes, comments, shares, etc. – a figure that varies depending on which medium you’re using to post it and the size of the audience it’s being shared with.

For example, Wisemetrics measured the half-life of their average tweet to be 6 minutes (they have just over 900 Twitter followers), while Moz.com found it to be 18 minutes for their tweets (they have 395,000 Twitter followers). When we analysed our own Social Talent tweets (15,870 Twitter followers) we found that the vast majority of all interaction with our tweets took place within 30 minutes of posting, meaning the half life of our tweets happens somewhere between 10-15 minutes. In general, Pagemodo.com estimates that a typical tweet will reach half the value of its total engagement within the first 16 minutes after it was posted.

When it comes to Facebook, Visibli’s study found that a Facebook post has a half-life of 1.3 hours, while WiseMetrics found it to be 90 minutes. When we conducted our own tests on both the Social Talent Facebook page and that of our CEO Johnny Campbell, we found that half of all the engagement our company Facebook page posts received, happened within 45 minutes of posting. On Johnny’s personal page, half of all engagement happened within 1 hour.

Mmmm, none of those lifespans are particularly long, but in that limited time, could I still reach the majority of my audience within that space of time right? Well, unfortunately, I probably don’t… and neither do you. With Facebook’s recent algorithm change, your posts will organically show up in the news feed of less than 10% of your fans. And with so many tweets constantly streaming into your followers live feeds on a minute by minute basis, your tweet will very quickly get pushed down out of sight.

But before you start thinking to yourself, “This can’t be! I spent so much time putting together that job tweet/recruitment video for Facebook/employer branding photo on Instagram, took the time to create a social media post to share it, and now no one is going to see it?!” Luckily, this isn’t necessarily true. Now that you are aware of the challenges of getting your posts seen and clicked on, and you are aware of your posts half-life, there are actually several things you can do to extend the lifespan and effectiveness of your social media content and ensure it is seen by as many people as possible.

How to Extend the Life Span of Your Social Posts

This is critical. To get each individual post in front of as many people as possible, it’s important to post them when the largest amount of your fans are online. 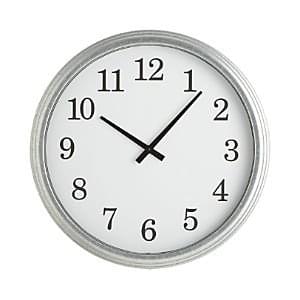 Using a social media analytics tool like Tweriod, Facebook Insights, or an infographic like this one, you can learn the demographics of your followers to find out where the majority of your fans are from and when they are most active on each social network. If a specific time of the day receives more clicks, likes and shares, focus your efforts on that time. For example, if you are located in Europe, but most of your fans are from California, avoid posting during the morning, when it’s the middle of the night for all of your fans. Target your posts in the time slot most fans will have a chance to see it.

For example, we found that tweets posted on the Social Talent Twitter account during commuter hours (morning and evening) in Ireland and the UK, as well as in the US, received the highest number of engagements, simply because that’s when the vast majority of our followers tend to spend time browsing their social media.

Some people are hesitant to post the same thing more than once, as they think their fans and followers will get frustrated seeing the same thing over and over again. But if less than 10% of your fans see any given post, the odds of them seeing it more than once are very unlikely. At Social Talent, we usually share each of our current blog posts and other pieces of content 15-20 times on Twitter and between 1 and 3 times a day on other networks like Facebook, LinkedIn and Google+.

Although muliple social media posts may link back the same blog post or job ad, that doesn’t mean that each post or tweet should read or look exactly the same. Change up how you present your content to your audience with different titles, questions, images, quotes or other messages. For example, when promoting our weekly news blog every Monday, instead of just posting out multiple tweets saying “9 Recruitment News Stories the Industry is Buzzing About this Week”, I dedicate each tweet to a paricular headline within the news article like, “SlideShare Rebrands As ‘LinkedIn Slideshare'”. Same blog post, several different ways of presenting it.

If promoting a particular job opening for a Marketing Executive in Dublin, via Twitter for example, your first tweet might read “Are you a talented Marketing Exec living in Dublin?”, while your second tweet could read “Calling all Dublin-based Marketeers!”.

Oh and, don’t just assume that because one post, status or tweet did well in terms of engagement that it can’t do better – it can always do better! 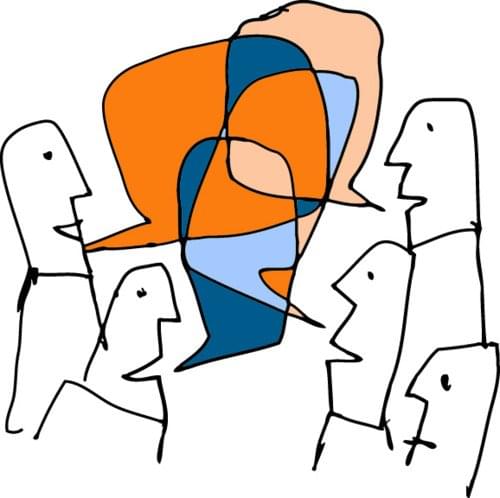 It’s called social media for a reason, tweets, status updates etc. are all supposed to spark engagement between two or more parties e.g. you and potential candidates.

If you never respond to comments or likes left on your posts, why should people continue to leave you comments or like your posts? As simple as it sounds, to help extend the lifespan of your posts, all you need to do is keep the conversation going. Pose more questions, seek alternative opinions etc.

Give Your Tweets Some Extra Love

As tweets have the shortest lifespan of postings across all social media platforms, they will require the most thought and the most planning to prolong. According to Hubspot, the higher the total engagement earned from your tweet, the longer its expected half-life. Whereas, tweets with lower engagement will usually have a shorter half-life, meaning they reach their half-life and total engagement five to then minutes faster than tweets with higher engagement.

Therefore, in order to help your tweets secure a longer half-life you must:

Test the Half-Life of Your Social Posts

Want to test the half-life of your own social posts? It’s not an exact science and there is no specific tool that can give you this data, but to get a general idea of when your posts’ 15 minutes of fame are up, we suggest the following methods:

Post a tweet. Take note of the engagement on that tweet (favorites, comments or retweets) every 2 minutes for up to 30 minutes after you post it. For example, if I post a tweet now and in two minutes time it has 5 retweets, then in 30 minutes it only has 7 retweets, I know that the majority of my tweet’s engagement happened within the first 2 minutes of me posting that tweet. Therefore the half life of my tweet is just 2 minutes.

Post a Facebook status. After 24 hours take a look back at the post and specifically note the times at which readers commented on the post. Did most of the engagement take place within 45 minutes of the post going live, with the reminder of the comments being added 3 hours after it was posted? In that case the half-life of your Facebook status is 45 minutes.

As I said, measuring the half life of your social posts isn’t an exact science and there isn’t a tool to help you measure it, but taking the time to do these tests will be a help to you in understanding the life span of your social post.

One key take away from this lesson is not to spend too much time crafting any one particular post. Put a lot of thought into your overall strategy and how/when each piece of content should be broadcast – but don’t get hung up on any one message whose impact begins to fade after an hour. It’s better to get something out there at the right time, measure its impact and gradually optimise until you have located the perfect message.

Need help with your social recruiting efforts? Our Black Belt in Internet Recruitiment online training course is specifically designed to help recruiters make the most of social media. So, let us show you exactly what we can do for you and your unique social recruiting needs by requesting a demonstration of our social media content and our specialised online training platform here.