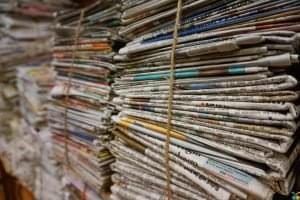 It’s that time again where we take a look at the latest news trending within the world of recruitment. We’ve gathered five news stories that we hope will prove insightful and intriguing. So sit back, grab a coffee and enjoy!

SmartRecruiters Inc, the leading providers of Recruiting Solutions announced this week the acquisition of Berlin startup Jobspotting GmbH. Founded in 2013 by a bunch of ex-Googlers, Jobspotting has tackled the ongoing problem of trying to match jobs and people at scale. They’re data-driven board strives to match users to a range of career opportunities.

Jerome Ternynck, Founder and CEO of SmartRecruiters said “Jobspotting is a pioneer in the recruiting market, having built a compelling business based on big data and machine learning technology.” He went on to say “Hiring success rests on three groups of people: candidates, hiring managers and recruiters. By successfully harnessing existing data, we can make the hiring process work for everybody, helping companies find the best talent for their teams. Technology can unify the components of the hiring process, and that is why we believe that Jobspotting is the perfect partner to accelerate the process of delivering hiring success to our customers.” 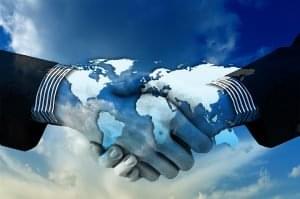 will remain in Berlin and continue to develop their data-driven products. Robin Haak, Co-founder and COO at Jobspotting, admitted that the newly established relationship was a good fit saying “We share a common vision with SmartRecruiters, which is to solve unemployment worldwide. Both companies have been working on this from different perspectives, and our partnership brings together the best of both worlds.”

No doubt this is an exciting venture for both parties, and it can only be assumed that their relationship will further flourish in the future. For further details regarding the acquisition, take a look at SmartRecuiters official press statement.

There’s cause for celebration with January’s job growth has seeing its highest return in over a decade. Private sector hiring has surged with employers adding a total of 246,000 new jobs. This has surpassed economists prediction of 170,000. 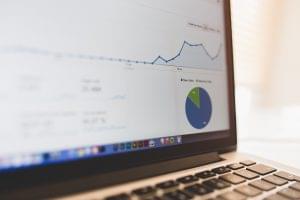 According to The report from ADP and its partner Moody’s Analytics, the majority of the job growth came from mid-sized businesses with 50-499 employees. Furthermore, these businesses were responsible for creating an impressive 102,000 new jobs. Employers with more than 1,000 employees accounted for the opening of a further 63,000 new jobs. Ahu Yildirmaz, Vice President and Co-Head of the ADP Research Institute said “Further analysis shows that services gains have rebounded from their tepid December pace, adding 201,000 jobs. The goods producers added 46,000 jobs, which is the strongest job growth that sector has seen in the last two years.”

Economists polled by Marketwatch anticipate the report from the Bureau of Labor Statistics to show the economy added an extra 190,000 private and government sector jobs in January. However, the unemployment rate remains unchanged at 4.7%.  It seems post-Brexit jitters have been put to bed over job uncertainty…..for now. Let’s hope for continued success in February and throughout the year.

A detective constable at FALCON – a specialist unit of the Metropolitan Police tackling online crime – has warned recruiters of fake job advertisements. Such fraudulent activity includes contractor fraud, disclosure and barring services (DBS) scams, ID theft and hotel scams. What is of most concern to agencies and recruiters is the activity of website squatting. Website squatting is where the individual committing the fraud, generates data from an agencies website by using their names and potentially their contacts. 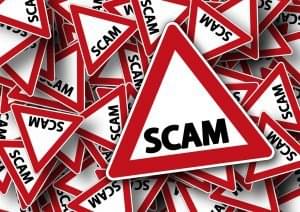 DC Krishan Kapur outlined the severity of the issue to delegates attending the first day of  the Recruitment Agency Expo in London. He told attendees that non-profit organisation, SAFERjobs, were receiving five reports a day from people who suspected fraudulent activity. The number of reported scams has dramatically increased over the past two years by 300%.

According to SAFERjobs, more than two thirds of us go online to search for employment, so take extra vigilance when applying for new career opportunities. Counteracting this type of fraud will prove difficult, as is the case with the majority of fraud. If you spot suspicious behaviour online then be sure to notify  SAFERjobs. With a collective effort we can help eradicate such behaviour affecting our industry.

Whether you’re job hunting or a seasoned pro, negotiating a salary can be bewildering at times. Having a strategy can be crucial to whether you get the job or not. A strategy helps you to avoid any salary negotiation pitfalls. Also, very often it’s the candidates who ask for the higher salary that end up being perceived more positively by their potential employer, due to the fact they are displaying the skills the company wants to hire them.

LinkedIn’s Head Of Recruiting, Brendan Browne, shared some insight into some of the tactics around negotiating a salary. Browne says that as a recruiter, that the salary dance is one of the favourite parts of his job.First and foremost, Browne explains that both recruiter and candidate must come to an understanding around their expectations.

“From the very beginning, I want to understand what’s most important to you [the candidate],” he continued saying “By the time you get to the end of the process, when the preparation is done properly, when there’s a connection, and when people are being open and transparent… the consummation of the deal should be more of a formality.” 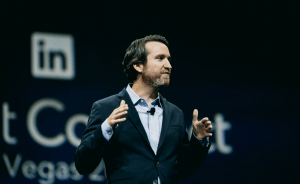 Ultimately, this clears the air and rids of any stumbling blocks. What’s often the case for recruiters, is that their candidates salary expectations doesn’t fit within their budget. This can subsequently lead to talks breaking down. Browne advises to reframe the job as a lost opportunity with the line:“You said this was the opportunity of a lifetime for you—are you sure you want to walk away for that amount of money?” Kenra Reay highlights how Browne is in fact tapping into the candidates fear of loss, where the sight of  loss lingers twice as hard in the candidates conscience in comparison with that of a win. Read Reay’s full article here.

Whatever way you look at it, A.I. is going to have a big impact with regards to job opportunitiese now, and into the future. A.I. has already established itself in as a prominent figure as it slowly but surely substitutes itself in place of humans.

According to job site Adzuna, drivers and receptionists are most at risk of losing their jobs. We’ve already seen Uber planning for the future, increasing their spend in A.I. rather than maintaining a human workforce. Furthermore, Adzuna predict that those most at risk are receptionists, accountants, labourers and waiters. 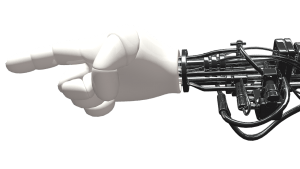 Doug Monro, Co-Founder of Adzuna, said “Jobseekers and employees alike will be keen to understand which roles and skills will be future-proof and which will fall easy prey to automation”. Warehousing, manufacturing and construction jobs will all fall victim to automation according to Adzuna’a data. “In much the same way computers failed to replace all jobs, [they] certainly changed the face of the workforce. We are likely to see a similar effect with automation.”

On the other hand, all is not lost. Our highly automated, digital society has come to value the human touch. With the rise in personal trainers and the rise in prices for live music, one could only suggest that there is hope for us humans after all!

Did these stories interest you? Follow us on Twitter, and be sure to let us know if you’ve any news of your own.