The Worst Christmas Jobs in History 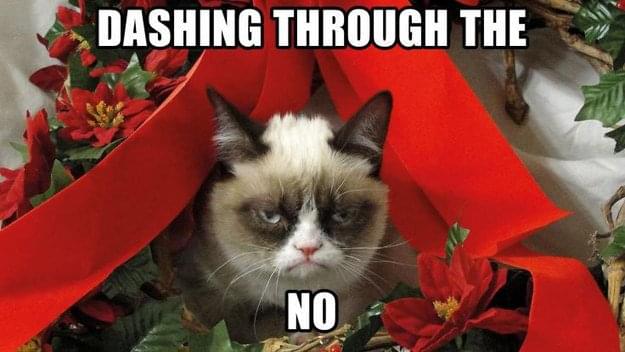 Happy Holidays my recruitment friends and welcome to our festive addition of the Friday Funny. Next week, many of us will sit down amongst family and friends and enjoy a few days of fun, food and festive TV. Unfortunately, such luxury wasn’t always the case for many members of Christmas society past. These are the worst Christmas jobs in history:

Everyone knows how extravagant and decadent Roman banquets could be. There were multiple courses and loads of wine to be consumed and the feasting lasted all night. But how did these people manage to eat non-stop for so long? Well, to put it bluntly; they vomited. They vomited so they could eat more. But the Romans didn’t feel it was necessary to leave the presence of their fellow diners in order to puke, oh no! Instead they usually had bowls lying around especially for the purpose! Other times they’d just puke on the floor. Lovely!

Even more lovely was the fact that there was a slave whose ‘job description’ it was to crawl around on all fours under the dining couches and mop all this mess up. This unfortunate person was the ‘Vomit Collector’. Seneca describes the delightful scene: “When we recline at a banquet, one [slave] wipes up the spittle; another, situated beneath, collects the leavings [vomit] of the drunks.” And it’s not as if the poor slave could get out for a bit of fresh air for a few minutes. As we can read in “Trimalchio’s Banquet“, part of the Satyricon by Petronius, Trimalchio, an ex-slave who had become rich, had the following inscription put up on the premises: “NO SLAVE TO LEAVE THE PREMISES WITHOUT PERMISSION FROM THE MASTER. PENALTY ONE HUNDRED LASHES.”

The Faggotor was a peasant who collected bundles of wood (known as ‘faggots’) to sell for a few coppers. What’s so bad about that? I hear you say. Well, the life of a a Faggotor was fraught with difficulties. The first being land ownership. Faggotors didn’t own any of the land they collected their wood from and they often ended up paying over the odds to cut the wood they needed, only to sell the same wood for pennies later. If they decided not to pay the land owner to collect wood, they risked being caught trespassing – an offence that saw some Faggotors were sent to Australia to work in penal colonies as punishment for.

The second difficulty was that job of a Faggotor was extremely the laborious. The task of sourcing, chopping, bundling and carrying the wood with freezing fingers wasn’t an easy one and many Faggotors perished in harsh snows and freezing temperatures.

A wild boar weighs up to 40 stone, can run at 30MPH and can leap a 4 foot gate. When threatened, a boar is fearless and will not hesitate to use it’s razor sharp tusks to maim and even kill the human being attempting to hunt it down. But because the consumption of a boar’s head was one of the biggest Christmas traditions of medieval Europe, it was the job of the lowest ranking kitchen assistant to catch them. Unarmed and in the coldest of weather, kitchen boys were sent out to hunt down and kill wild boars before bringing them back to the castle to be prepared.

The first process in preparing the boar’s head involved burning and scraping off the boar’s thick coat of rough hair to reveal the smooth skin underneath. And yes, that’s just as bad as it sounds! The smell was overwhelming and once the hair was removed the de-boning off the skull began. Being careful not to damage the boar’s eyeballs in the process, the kitchen boy had to remove sections of the boar’s skull piece by piece before being re-shaping the head of the boar with it’s own meat. It form of primitive surgery! Oh and once the kitchen boy had made all this effort, he got none of boar head… he got to consume the intestines instead. Yum.

One tree, one axe, many, many hours! The men of a household would head out in the harshest of winter weather to find and chop down a yule log which then needed to be carried home and chopped into smaller pieces. A very long and very arduous task!

The Justice of the Peace

In the 17th Century, the Puritans grew suspicious of the magic and superstition laced annual celebration that had come to be know as Christmas. Christmas became known as The Heeden’s Feasting Day, The Superstitious Man’s Idol Day and Satan’s Working Day. So, they banned it.

Evergreen’s and Christmas pudding were forbidden, churches were shut down and on the 25th of December all shops had to stay open. The man responsible for enforcing all shops stayed open was the Justice of the Peace. But robbing people of their Christmas celebrations was not only unpopular, it was also highly dangerous! Why? Because just as fast as the Justice of the Peace went around demanding shops stay open, so mobs of workers and apprentices followed behind insisting that they close them again. In 1646, there was even an armed confrontation between a mob with clubs with nails in them, the Justice of the Peace and some police constables. They defended one solitary shop for the whole of Christmas Day.

The fine linen and glistening glassware of Georgian society around the time of Christmas required plenty of the chemical soda in order to produce them. Soda that had to be obtained from seaweed which was harvested and burnt to make blocks of soda known as kelp.

Whole families were often employed as kelp collectors, rushing out bare foot at low tide to harvest the slimy, stinking resource. 20 tonnes of seaweed were needed to create one tonne of kelp and you only had a few hours in which to collect it. The harvesting process was back breaking, but the burning process was by far the most gruelling.

The burning process took a total of 2 days during which it needed to be raked constantly day and night to ensure an even burn. Then, once the seaweed had burnt to a solid mass of kelp, it needed to be broken part with a sledgehammer and transported to market. It was filthy work and workers never got away without sooty faces and plenty of sleep deprivation.

In order to brighten up the traditionally gas lit panto stages of Victorian Britain, limelight was needed. Limelight is an intense illumination created when an oxyhydrogen flame is directed at a cylinder of quicklime (calcium oxide),which can be heated to 2,572 °C (4,662 °F) before melting.

Now, as you’re probably already aware, hydrogen is a very flammable gas and working with it is an extremely dangerous pastime. Oh, and as if the job of Lime Lighter wasn’t treacherous already, in order to get the brightest flame they needed two volumes of hydrogen to one volume of oxygen – an explosive ratio! Needless to say many Lime Lighters didn’t make it to December 25th before panto season was over!

It often happened that the most expensive Christmas gifts were produced in the worst slum-like conditions and dolls were no exception. Anonymous workers, sometimes as young as 6 worked in cramped, dimly lit kitchens, moulding heads with hot combustible wax, rooting individual human hairs into the dolls’ wax heads (unsterilised hair often collected from deceased disease victims) and stuffing the dolls’ bodies with horse hair that often carried tuberculous.

Not only all that, but the paint used to decorate the dolls usually contained large amounts of lead, and as it was common practice to suck the tip of the paintbrush to get a fine point, lead poisoning was common. Arsenic was also a common ingredient in dyes and colorants.

We consume 10 million turkeys every year and these days the process of preparing turkeys for our Christmas dinner tables is mechanised. But back in the 1700-1800’s, it was the job of the turkey farmer’s wife to prepare each bird for the faithful day. It preparing it by hand was no easy task.

A total of 400-500 birds all needed to be plucked, gutted and have the sinew from their legs removed before December 25th each year. The plucking process took an experienced plucker 20-30 minutes to complete and the motion needed to pluck stirred up a choking dust of feathers and down. Gutting required the farmer’s wife to first slice out the turkeys back passage (being careful to avoid spraying turkey waste everywhere!) before shoving her hand up the turkeys rear end and dragging out it’s innards. Removing the sinew from the turkey’s legs required a buxom lass to swing out of the hung turkey carcass until the legs broke away from the carcass. Yeah…. I told you it wasn’t pretty!

So however annoying your embarrassing uncle can be and however drunk your granny can get, just be thankful you’re celebrating Christmas in 2014!