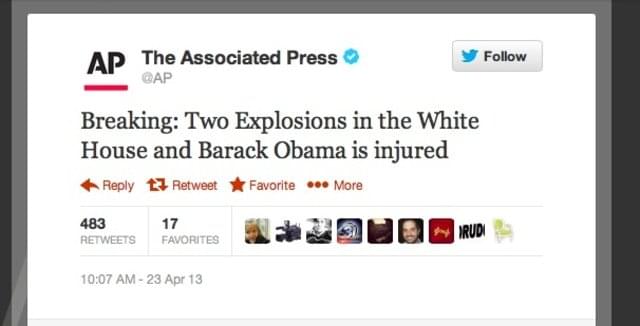 The brand damage that will follow from hacks like this is insurmountable. Boy who cried “wolf”, anyone?

Here’s some examples of other high profile Twitter hacks: 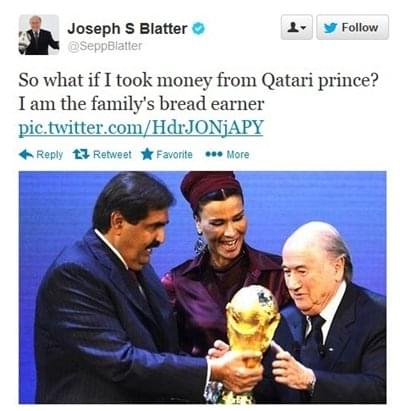 And of course, the infamous hack earlier this year of Burger King’s account: 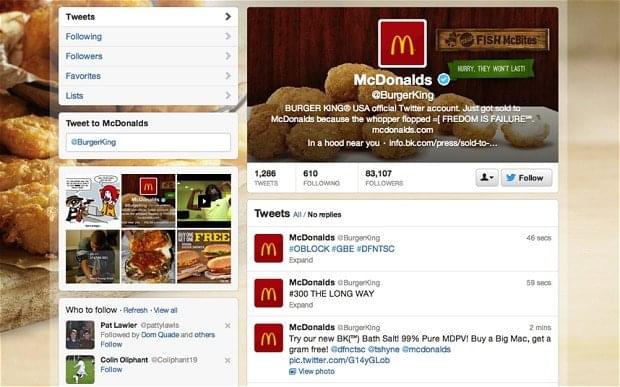 Twitter hacks are actually really common, and it’s entirely not Twitter’s fault. It’s the fault of the Account owners, who do these silly things:

1) Change your passwords often, and ensure that they’re strong passwords.

By often I mean at least fortnightly, and by strong, I mean passwords that don’t contain a legible word, and that also have capital letters, numbers and Unicode characters in them. For example:

By this, I mean fewer than you have fingers on one hand. For a high-profile Corporate Twitter account, I’d also advise you to draw these account managers into some sort of loss-prevention document where they are made painfully, and plainly, aware of the seriousness with which they guard the vaults.

This is a no-brainer. I know it’s helpful to have them all saved so you don’t have to remember what the password is all the time, but just imagine if some visitor (from delivery people to maintenance, IT to an interviewee) to your office building were to just slip, unnoticed, into your chair and tap away on your computer. The carnage.

4) Don’t EVER give your password to someone via Email. Just don’t. See below: 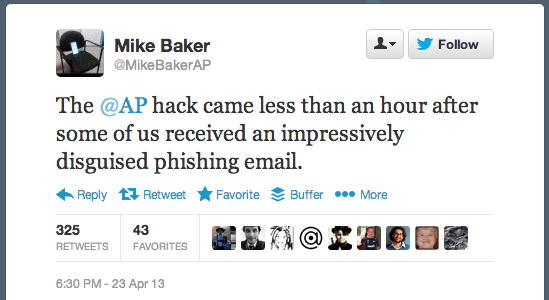 Again, no brainer – a smartphone is a) a high-profile thing in itself and is highly sought after by thieves, and b) can easily be left behind. Once it falls into the wrong hands, the last thing you’re thinking of is your Twitter account. You’re thinking of your email, your photos, possible financial details, etc. Don’t trust yourself to keep a smartphone guarded with pre-programmed passwords for your Corporate Twitter accounts inside it. It’s just not worth the risk!