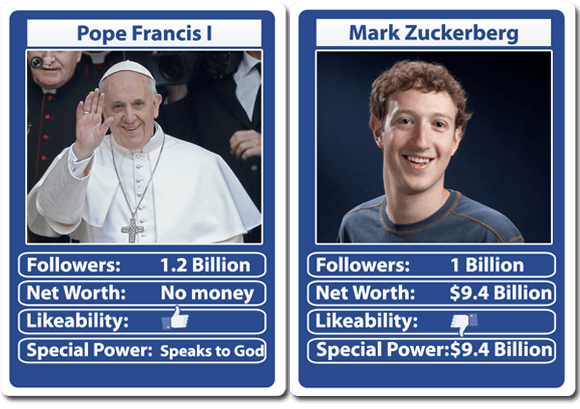 So the recruitment process for the Pope has been concluded as 115 men in dodgy attire smoked a collective cigarette in relief and blew the smoke up the chimney of the Sistine Chapel. It is hardly a model process for recruiters: no CV’s, no job boards, a very limited number of candidates, and a medieval selection procedure. That said, the ceremony and drama does give the “new hire” quite a bit of mystique. It is certainly the most publicised appointment of the past few years and can’t do Catholic Inc. any harm. Perhaps there is something to be learned from the process.

Firstly, there are a few things that you would have to tip your hat (or Biretta, a Cardinal’s hat, apparently) to the Catholic Church for. They are obviously not ageist (the new Pope is 76). However, it would be hard to accept the sexist nature of proceedings: no female candidates, and no females in the decision making process. Unless we’re counting the Virgin Mary, who I guess has some kind of technical involvement, or perhaps the Holy Spirit is female (who in Catholic theology is supposed to guide the conclave in their decision). Wait – no, the Holy Spirit was involved in the immaculate conception, so I guess it is safe to assume he’s a he. Or maybe not…

Next, you would have to say that the process is highly inclusive in terms of getting the top managers together from around the business, with no regard for expense, each of the top dogs are flown in from around the world to represent their people and decide on who gets the to be Il Papa. It may be a very hierarchical structure, but how many organisations can say they are as inclusive in deciding their next CEO? 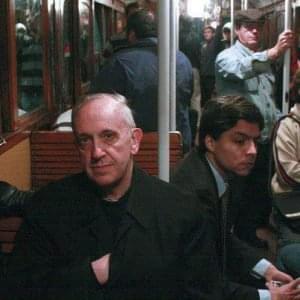 Pope Francis does seem to have all of the right credentials for job. As a Cardinal, I guess the education box is ticked, and at 76 he has the experience. There is also no real need to check his references as he has only ever worked for one company, so just check his annual performance reviews and see if he has had any office-party-moments, but otherwise he should do the trick. He does also look quite “Popey” in a way that Benedict didn’t. Maybe it’s that I grew up with an image of Pope John Paul II, and Francis is not hugely dissimilar. I assume they were not after a particular look. Not sure how the Vatican State is on it’s employment laws, but the new Pope has a natural smile that is far more welcoming than the previous incumbent – much easier to click “Like” for this guy. He also seems a far humbler person, who has in the past refused some of the additional benefits of a Cardinal’s total comp and even rides the bus!

Most importantly however for the Catholic church is that they filled the role with someone from an emerging market. It may not have been on the job spec when it winged its way around to the potential applicants, but the benefits of hiring from either Latin America or Africa must have been obvious to all present under Michelangelo’s ceiling. The objective of the job is the same as it’s always has been – to grow the current believer base (and secure existing believers). I think in this respect the Catholic Church have got it right with their hire.

It struck me that the Catholic Church is not dissimilar to Facebook in terms of size and reach. Both organisations have a very distinct figurehead that everyone knows. Both have an image problem and have members that are not sure they want to be members but are still inclined to get involved from time to time. Who reading this hate Facebook but say “I am a member because…..” or “I don’t believe in God but I baptised my kids and got married in a church”? Both also face stiff competition from other competitor groups and, in order to grow, need to keep gathering souls, fans, likes, connections, followers… damn is Social Media the new religion? Have I managed to slowly extricate myself from a “good” Irish Catholic upbringing only to find that I just changed teams, and Zuck is my new Pope?

At least the real Pope only claims to be God’s emissary on earth while Zuck… ah you know.  I think I will stay a skeptic on all fronts and use the useful recruiting bits of Linkedin, Facebook, Twitter, G+ and whatever comes next without giving my soul to it. I still like paper, I still like real conversations and real friends (I even enjoy the awkwardness of a full size newspaper on a train – I am an odd man!), so I feel old school in a new world. But who cares! I did get married in a Catholic church, I occasionally find myself in a church for some family reason or other without believing the basic premise. Is that wrong? Maybe, but they are still counting me in their 1.2 Billion members so until they change their rules I can come and go as I please, I guess! My hunch is that they want me in those customer numbers in case they ever get acquired.

So, as I settle into my seat in the Cathedral of Facebook or LinkedIn, do I care that I don’t really believe? I could not give a sh*t. I take more than I give to Social Networks. They are superb for finding candidates, new business opportunities, or finding pictures of that girl who dumped me in college (and hoping she aged badly!). But much like Catholicism, my heart is not quite in it. Does it matter?

I talk to so many people about our training and many of them start the conversation by saying they are “not big on social media”, they don’t really get it or they are a bit older and their kids know more about it than them. Who cares?! Stop thinking you have to love it (great if you do!) and start plundering it for the wealth of information that people are freely giving us recruiters.

Think about it: if the Catholic church told Coca-Cola they could preach from every alter in every church next Sunday about their product, do you think the Big Wigs in Coke would turn them down and say “Sorry, we’re not really into Catholicism and don’t really understand it, so thanks but no thanks”? No! They would probably quickly convert with a wink, and learn how to best get their message across to a listening audience.

Not knowing or not liking Social Media is not an excuse for not using Social Media properly for your recruiting. The pulpit is there, the invite stands and you can use it to tell the world about your jobs or to search the congregation. If you don’t know how, then learn! – mysocialtalent.com is a good place to start. 😉