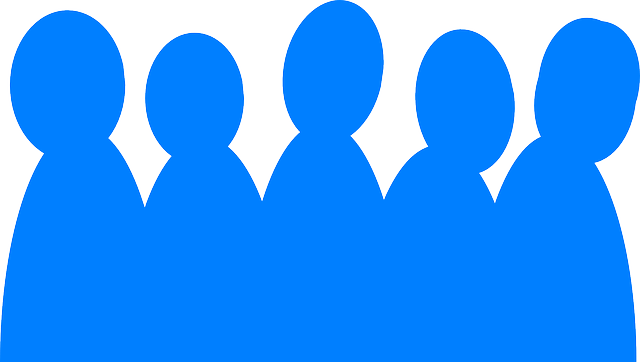 Recruitment can be one of the most fulfilling jobs imaginable. When you find a great candidate and connect them with their perfect role, you get a warm glow knowing that you just helped someone achieve their dreams. But then there are those candidates – the ones who inspire not so much a warm glow as a feeling of overwhelming dread. Of all the candidates haunting recruiters’ nightmares, five types reign supreme:

They’ve no relevant work experience and a 2:2 in David Beckham Studies, but nevertheless they expect you to find them that perfect marketing job, complete with their own office and a £30k starting salary. They can’t understand why it’s taking you so long. After all, they’re perfect. Even when they do have an impressive skill-set, entitled candidates tend to be deluded about their career prospects. Unfortunately, telling them that outright is likely to backfire – they’ll just assume you’re biased against them.

Instead, compel them to admit their shortcomings themselves by asking them to justify being put forward for senior roles. Say something like: “The hiring manager will ask about your lack of [specified skill/experience], how would you persuade them you’re still suitable?” When forced to think about their skill gaps, their inescapable inadequacies should shock them into being more realistic.

A work ethic is for losers. These candidates find the whole recruitment process tiring and beneath them. Why should they bother to show up early, or wear a tie, or let you know when they suddenly pull out of an interview an hour before it’s due to take place?

It is crucial that recruiters faced with a difficult candidate first analyse their own behaviour. Have you given the person in question any reason to act aloof with you? (Did you forget to pass on employer feedback, for example?)

If you have, then the onus is on you to apologise and attempt to rebuild the relationship. If you haven’t, you should seriously consider whether you’re willing to stake your reputation on a candidate that clients may think is disdainful of them and their business. If you see warning signs, tell the candidate upfront that their behaviour creates a bad impression. If they don’t shape up, cut them loose – they’re unlikely to get hired with that attitude anyway.

When you ask them a question, they “umm” and “err” or stare at you blankly. Presumably nobody has introduced them to Google, because it never crosses their mind to research the company they’re interviewing for. In fact, they’re even not sure which role they’re attempting to get.

Although frustrating, these candidates should initially be given the benefit of the doubt, particularly if they’re young or inexperienced. Remember that while your line of work means you know the hiring process inside and out, job applications are an incredibly confusing and stressful time for most candidates.

If you think they have great potential, invest the time in talking them through the interview and coaching them on how to prepare for and excel at it. Usually, candidates agree to work with recruiters because they want a job, so they should be eager to learn. Sometimes a bit of work is all it needs to turn these candidates into successful applicants, and considering the average worker changes job 12 times in a lifetime, building a good relationship early on could pay dividends.

Their first interview was only twenty minutes ago, and you’ve already received seven missed calls from them. They refer to you for every query that pops into their heads, from which questions they’ll be asked at an interview to which pair of socks they should wear for it. At least they’re tech-savvy; they’ve added you as a friend on Facebook, connected with you on LinkedIn, WhatsApped and even Snapchatted you.

Over three-quarters of recruiters are dealing with up to 100 candidates at once, which makes the 6% of candidates who frequently follow-up a massive time drain. Sustained contact is crucial to make your candidates feel valued, but to stop them overstepping the mark establish early on exactly when they should or shouldn’t expect to hear from you.

Make a point to keep all your candidates updated even when there’s no news, but don’t feel obliged to instantly reply to their messages if they persist in contacting you. Once they realise you won’t instantly rush to answer every inane query, they may even take the time to figure out the answer for themselves!

They’ll take any job, as long as it’s not recruitment. After all, they’d consider themselves a failure if they ever had to resort to working in sales. They adopt a condescending tone whenever you call… if they even bother to answer.

Most people aren’t uniformly rude, so if they’re otherwise a good candidate it’s worth taking the time to figure out why they are reacting in this way. Are they just oblivious to the offence they cause? Simply pointing it out to them should embarrass them into apologising and changing their ways. Did you headhunt them so they feel like you need them more than they need you? Cool your contact; if they’re genuinely keen on the job they’ll come crawling back with a better attitude, if they don’t they’d have likely flaked out on your role anyway.

Most importantly, were you ever rude to them? Did you ask them invasive questions, chase them too hard, show ignorance of their industry, ignore the requirements they specifically asked for? Recruitment relationships are a two-way street; always take the time to get to know your candidates as people, and listen carefully to what they want. If you’re convinced they’re just a nasty person, however, you need to cut ties. If they treat you badly they will treat future colleagues badly, and that’s unlikely to go down well with your client.

Beth Leslie writes graduate careers advice for Inspiring Interns, a graduate recruitment agency specialising in matching candidates to their dream internship. Check out their graduate jobs London listings for roles, or if you’re looking to hire an intern, have a look at their innovative Video CVs.