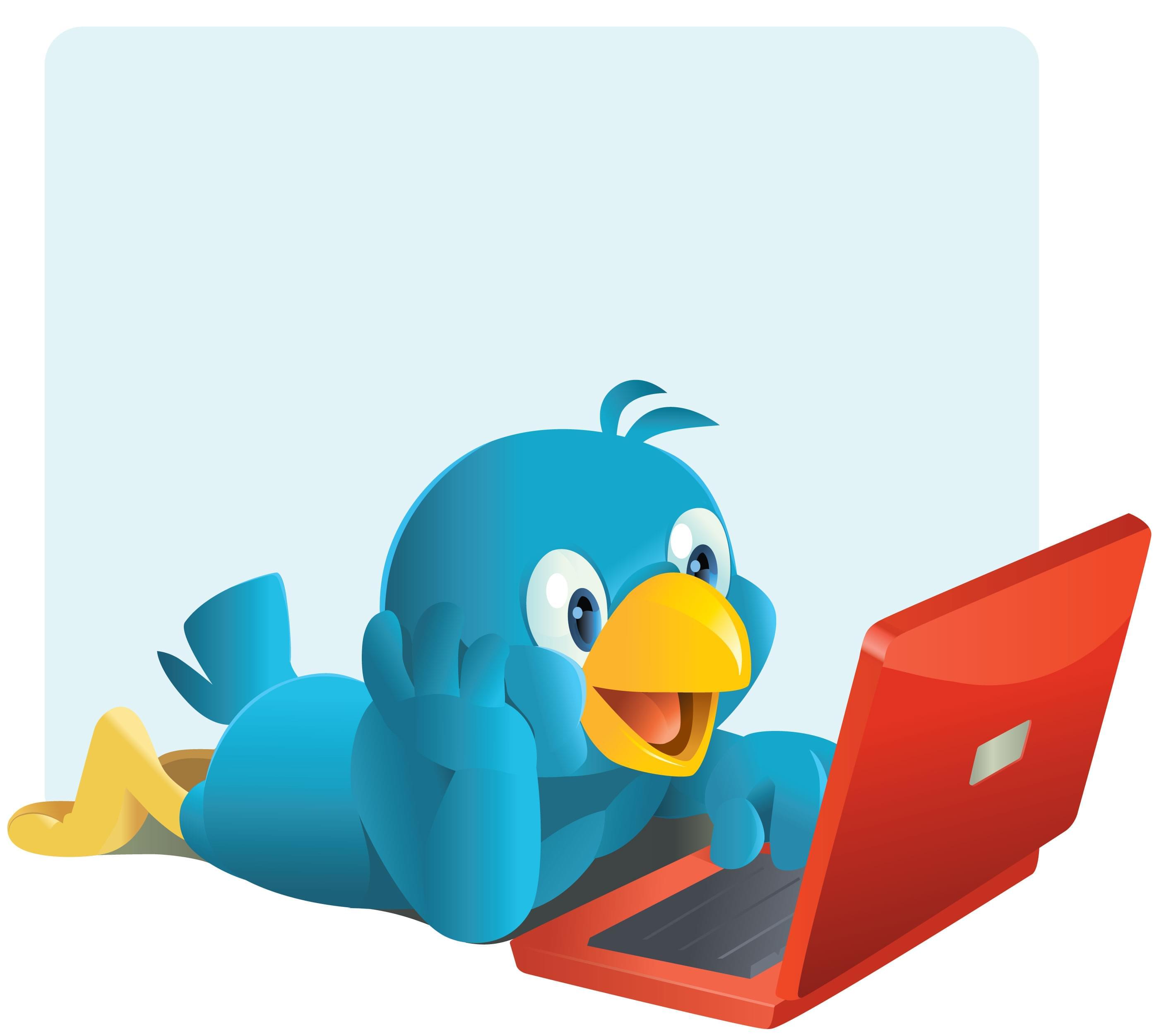 It was a rather productive (and busy) year for Twitter’s engineers. With the site now fielding 500 million daily tweets, a number of product updates were introduced throughout the year in order to enhance the experience for everyone involved. The most important Twitter updates of 2013 were:

In January, Twitter introduced the app that’s provided the portal for some of 2013’s funniest video moments; Vine. Essentially, Vine allowed users to post visual tweets in the form of 6 second looping videos. At the time many people wondered just how much you could really say or do with 6 seconds or less but the true potential of Vine as a medium for entertainment and for business has really been proven in the last 11 months and it’s popularity continues to grow. Clever recruiters have used the medium to tweet creative and visually pleasing job offers and employer branding efforts.

Check out some of our favourite corporate Vines for inspiration:

In August, Twitter added blue and grey lines to our screens in an attempt to organise conversations between users in chronological order. Now, even if a user responds to a tweet hours after it was posted, both the original and the response are grouped together and linked by a conversation line. The update wasn’t popular with everyone but certainly for recruiters, being able to see when and how a candidate responded to Twitter engagement is extremely useful. 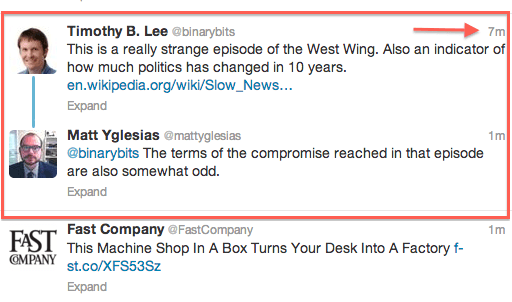 One of the most obvious and certainly most lucrative of Twitter’s updates was the introduction of preview images for images attached to tweets. For the first time, users didn’t have to click into a tweet to view an image, now a mini preview version brightened up our streams and the need to waste time clicking into individual images was done away with. The update not only made or streams a happier, more colourful place to be, but preview images also meant big business for corporate brands desperate to get their images and ads out there in front of users’ beady eyes. The same could be said for recruiters wanting to catch the eye of potential candidates with relevant images that would lead them to click and discover the perfect job for them. 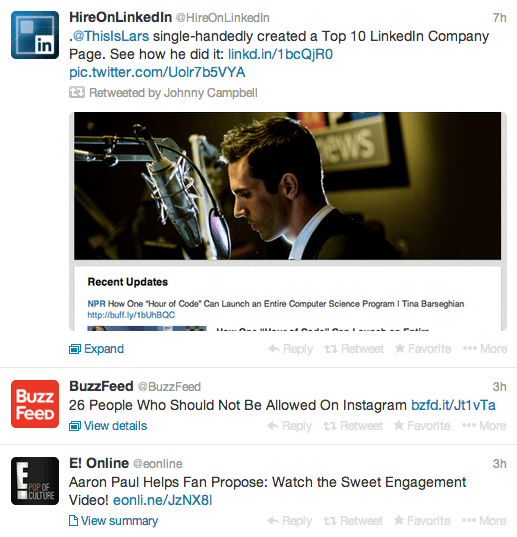 In September, Twitter started pushing out recommendation notifications to users, providing them with information regarding the activity of their followers e.g. if numerous followers were retweeting the same tweet. Perfect for recruiters looking to see what members of their hiring industry are talking about and excited about.

In the past, you were only allowed to direct message another Twitter user if they were following you but in November the feature was opened up to everyone on LinkedIn regardless of their follow status. This one teeny update made a huge difference to how recruiters could connect with potential candidates on Twitter. Twitter was now letting recruiters contact potential candidates for free in a casual environment and in one that is actually opened and read by candidates unlike many email efforts. 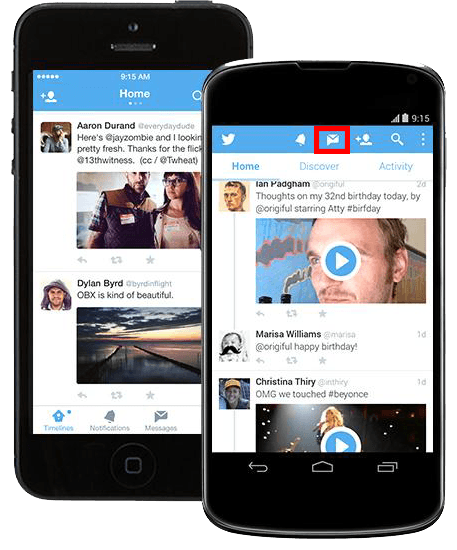 #nofilter, oh wait there are!

The ability to  filter search results using a variety of media types including photos, video, news and people was launched in mid-November. Not only were users now able to pinpoint their searches by certain topics, they were also able to elect when their search results should be from. Users began to have a choice between results from a selection of ‘top’ tweets (which are often older), and ‘all’ tweets (which gives you a much more current set of results). The new update also meant that users’ search could be broken down even further to reveal local content, rather than just stuff from ‘everywhere’ as it had been since the function began. For recruiters looking to find and hire people in a particular area, having the ability to search local content, in real time is priceless. By filtering tweets and content by topics related to the skills you seek in a candidate, recruiters are able to see influential tweeters in action and approach them on Twitter by making reference to the candidate’s latest tweets. 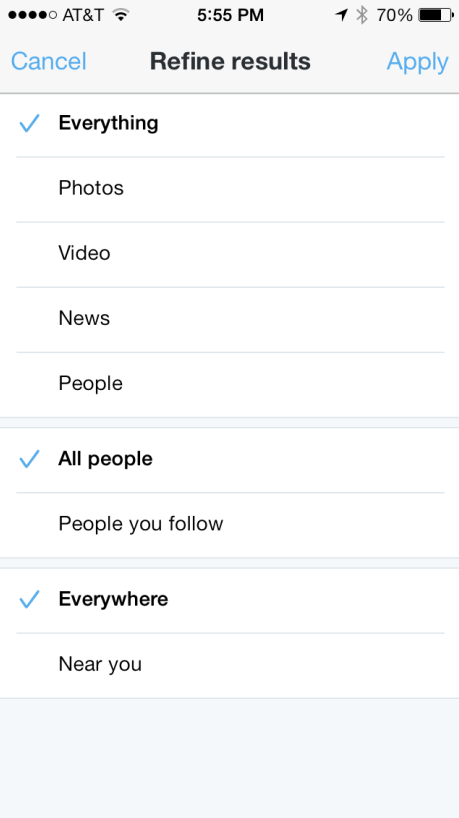 Are looking to learn more about what Twitter can do for your sourcing efforts? If so, check out our Black Belt in Internet Recruitment training course where you’ll learn just how essential Twitter is for the modern recruiter. Get in touch with our salespeople today at training@socialtalent.co and start your journey to becoming a Twitter savvy Sourcing Ninja!