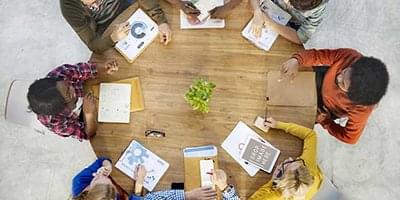 ‘Collaborative Hiring’ has been a hot topic in the recruitment world for quite some time now, but the debate has recently been re-ignited following the airing of the hit BBC Two series ‘Who’s the Boss’.  The series followed three companies (Reynolds, BrewDog and Beech’s) as they handed over the recruitment reins to their employees.  Overall, the results of the experiment were quite varied, with BrewDog’s collaborative hiring famously breaking down in the middle of the process.

This week, Clara Ridley (The Divisional Manager of Human Resources at Ascendant Recruitment) spoke to Recruitment Grapevine about her own thoughts on ‘Collaborative Hiring’.  She’s very much in favour of the alternative recruitment method, saying: “The main benefit of collaborative hiring for the recruiter is that this is an extremely thorough and robust way of interviewing.  The candidate will have the opportunity to demonstrate to the client their widest skills, experience and cultural fit. They have more chances to meet several of their potential colleagues, which should give them a good indication of whether they will fit into the team.”

Clara believes that by including a company’s staff in the decision-making process, you’ll not only engage with those staff members, but you’ll also be taking a lot of pressure off of the person that normally has to make these decisions on their own. 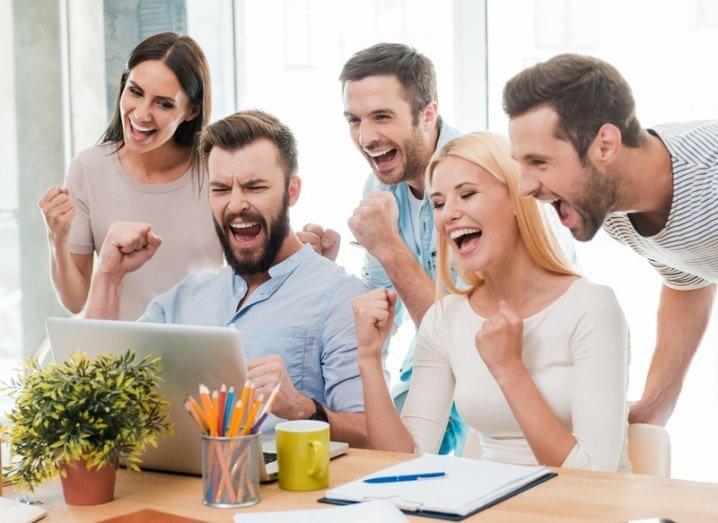 According to a study released by Indeed this week,  Irish workers are the fourth happiest in the world and the happiest workers in the European Union.

Columbia ranked as the country with the happiest employees, followed closely by Mexico and Russia.  The UK ranked 22nd, just ahead of the USA at number 23, while China was last on the list, coming in at number 35.

Speaking about Ireland’s ranking on the list, Indeed’s EMEA economist Mariano Mamertino stated: “Those concerned about the prospects of Ireland continuing to attract FDI investment should be reassured by the findings of the index, which indicate that Ireland has the happiest workforce in Europe, which is an attractive feature for any company looking at setting up here,” said Mamertino.

Find the full list of results from the study here. 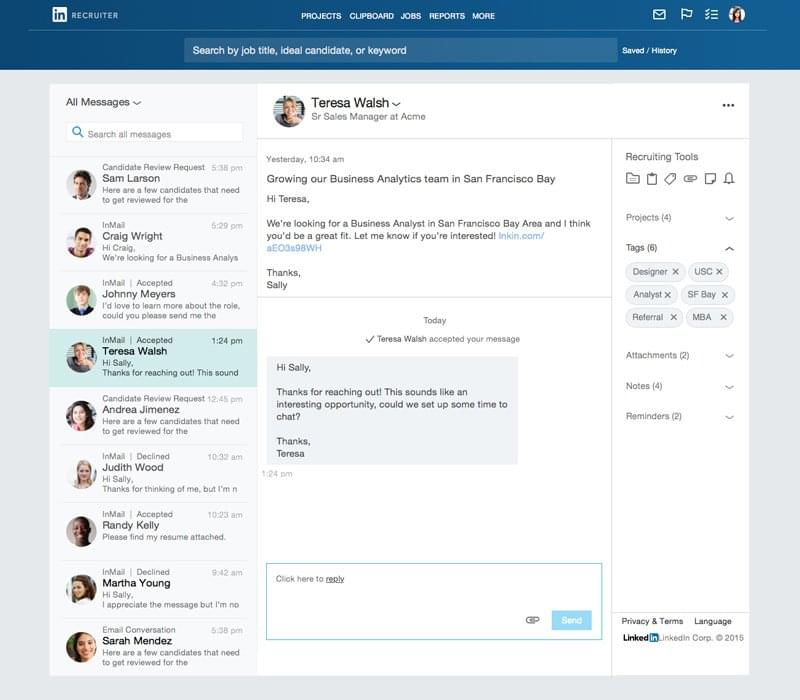 Recruiters – your LinkedIn dreams may have just been answered! On March 15th LinkedIn announced a redesign of the inbox experience ”that streamlines how you manage conversations and helps you build and maintain stronger relationships with your candidates.”  Now, you’ll have full access to the full conversation history within your inbox, not just the most recent responses.  You can also expand a candidate’s profile details to access phone numbers and email addresses without ever having to leave the conversation.

In their blog piece, LinkedIn also discussed a dedicated inbox search bar that will help recruiters to find and filter through past conversations with candidates – ‘With so many messages coming and going, it can be tough to keep track of everything. New organizational capabilities have been added to help you find, filter, and follow up on important conversations.  A dedicated inbox search bar allows you to quickly zero in on the conversation in mind, whether you search by candidate name or by keyword. And new conversation filters let you easily sort your conversation view by InMail status, replied status, or archive. Managing your inbox becomes a breeze, so you can focus more of your time on building your network of candidates.’

This could be a massive game-changer for recruiters, especially for juggling dozens of potential candidates at any given time.  Having the ability to access full conversation strings on the ‘Recruiter’ platform should give recruiters the opportunity to significantly decrease the time that they have to spend to-ing and fro-ing on LinkedIn.

Find out more about the LinkedIn inbox redesign and features here.

GoDaddy Promotes Its Employee Referral Scheme with a Handheld Mirror 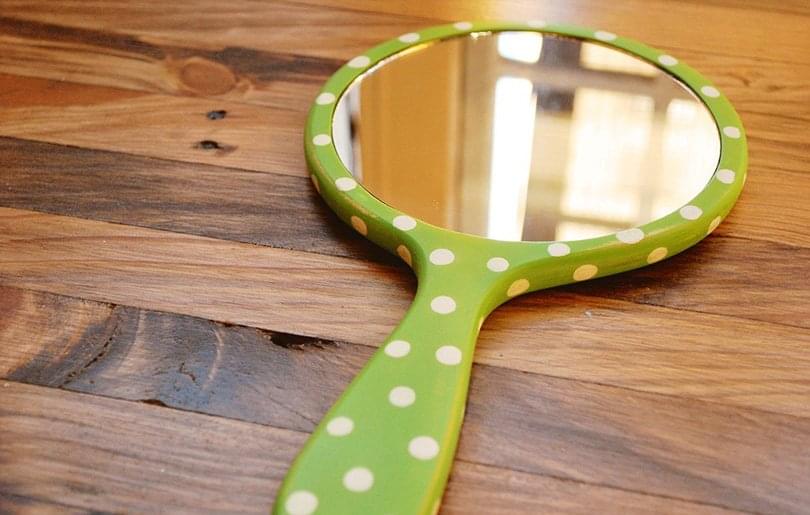 ‘This is what a GoDaddy Recruiter looks like’.  That’s what was written on a note that was recently sent to every one of the staff members in GoDaddy, alongside a hand-held mirror.

Approximately one-third of all GoDaddy hires come from employee referrals, so it was no surprise that the company was going to do something totally outside the box to launch their new LinkedIn referral scheme.  The mirror tactic was used to show employees that they have both the ability and the responsibility to source great people to join the GoDaddy family.

Reports show that employee referrals within the company have jumped from 17% of all hires in June 2014 to 33% this year, despite the fact that referral bonuses have been cut from $3,000 to $1,000.  There’s no doubt about it – this company certainly has it’s finger on the pulse when it comes to sourcing new talent through employee referrals.

Recruiter Blasted by Candidate on LinkedIn 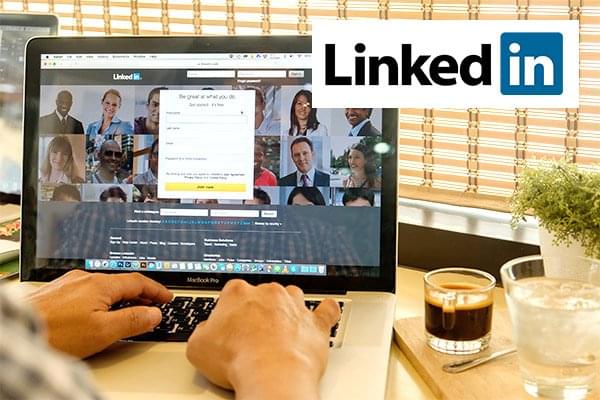 When you’re sourcing for a position with a tight deadline hanging over your head, it’s easy to find yourself in a situation where you feel the need to put your cards on the table with candidates that you feel are time wasters.  However, it’s still important to mind your Ps and Qs, as this London-based recruiter learned the hard way this week.  Here’s what went down:

Craig (the job-seeker), responds to a mail from the recruiter asking the question: “When you say west of London could you give me the nearest tube station?”

The recruiter’s response was: “Uxbridge.  With respect, I have a dozen candidates asking me about the scope of the role, not where the nearest tube station is. I think we’ll leave it here.  Thank you for your attention.”

Craig’s comeback resulted in over 400 likes and 130 comments on LinkedIn: “Ah.  But however good they might be, can they get to the office on time?”

What’s the lesson to be learned by recruiters here? That even on the busiest of days, it’s important to try to stick with the mantra that ‘There’s no such thing as a stupid question’.

Read more about the exchange here. 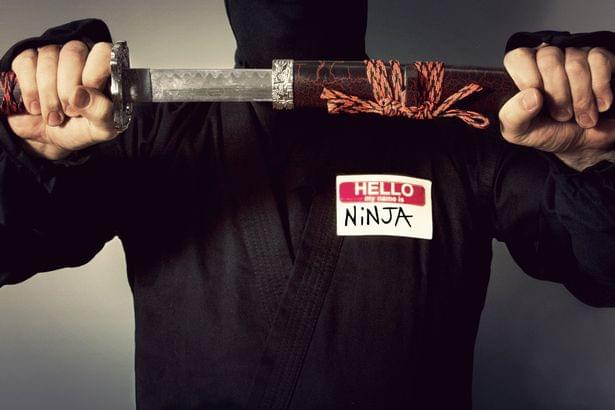 Coincidence? We think not!

Japan is on the look out for ninjas.  No, really.  But these ninjas won’t be lurking in the shadows and taking part in espionage and assassinations – instead, they’ll be performing acrobatics and posing for photos with tourists.  The new positions were announced by the Japanese government’s tourism unit as a means to increase visits to the country in the lead up to the 2020 Tokyo Olympics.

Speaking of the new positions, Satoshi Adachi of the prefectural government’s tourism promotion unit said: “Our ninjas also have to be good at talking to promote tourism, although ninjas are basically required to be secretive.”

If you’re interested in the positions, you’ll need to have the ability to do backward handsprings and have some decent dance moves.  Being able to speak Japanese is preferable but not mandatory, as the ninja troupe will occasionally perform in English.  If successful, you’ll pocket 80,000 yen (£1,100) per month plus bonuses.

We think we’ll stick to being Sourcing Ninjas for the moment but you know what they say…it’s always good to have a back-up plan!