The future of Talent Acquisition, with Yasar Ahmad

Every company strives for innovation. Finding new and inventive ways to operate that will optimize processes and bolster growth is mission critical, across the board. But Talent Acquisition is something that often gets stuck in the mud. Especially in times when requisition volumes are high, it’s difficult to cast your thinking out and envision what the future of TA could be.

The goal is to improve. To become better and faster, while also delivering expected results. But how do you create space for this blue-sky thinking? We recently sat down with Yasar Ahmad, the Global VP of Talent at HelloFresh, to discuss just this. As a leading voice on the next generation of TA, Yasar showed us just how dynamic this function can become.

Learning how to innovate

According to Yasar, “innovation in its simplest form is the idea of iterating.” It’s about taking something in existence and creating a newer version of it in the hopes of improving on the original. Innovation is often touted as a staunch requirement for success on any front. But for TA in its current form, it can be incredibly difficult to build this into the job spec. “Everyone is so focused on delivery that we’re missing the wood for the trees,” Yasar tells us. Requisition volumes are stifling, so single-track mindsets take hold in order to cope. But this is a mistake in the long run. Innovation can help solve problems, so it’s never been more important to bake this in.

And it can be small, targeted steps. Yasar refers to these progress iterations in software development terms, like version 1.1, 1.2, etc. But it creates a culture of improvement. And while traditional TA delivery and process excellence cannot be forsaken, innovation needs to occupy space too. Yasar spoke to us about how this kind of thinking can help with the issue of “unknown unknowns,” or blind spots. He gave an incredible example of seeing LinkedIn users add “ex-Amazon, ex-Meta, etc.” to their handles, and it brought him down a rabbit hole on how HelloFresh could leverage this trend to boost employer brand and attract candidates. It’s easier said than done of course, but innovation cannot happen unless a conscious effort is made to allow it to thrive.

Diversity is not a seasoning

No discussion about innovation or the future of TA should be had without referencing diversity either. In its purest form, innovation cannot happen without diversity of thought – it is an essential component. Different perspectives and backgrounds nurture inquisitive mindsets, it allows for a deeper well of knowledge, unique questioning and critiques that simply wouldn’t generate in a homogenous environment. So, if you’re looking at the future of your TA function, and diversity isn’t a prominent feature, you will be playing catch-up. 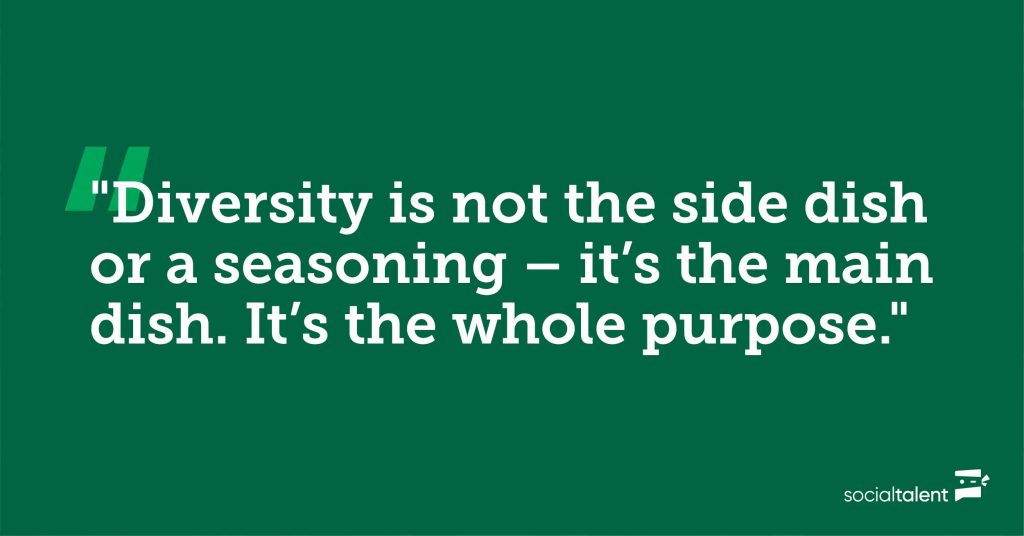 One of the biggest innovations Yasar has brought to HelloFresh has been around a concept he created called TA 4.0. Again, using this trope of software development, Yasar looked at the maturity of the organization’s TA function and created a scale:

So TA 4.0 would look to break these binaries. It would encompass what came before it, but also build on these foundational competencies so the roles become more than themselves. And like with any good moment of innovation, it started with a problem: “I wanted to find a way to give back to the team, to train them to do different things and become more valuable.”

So, to get down to brass tacks, what does TA 4.0 actually look like? It’s essentially about adding strings to bows and enabling a TA team to activate new parts of their skillset. In his vision, Yasar sees Coordinators also becoming candidate experience specialists and diving into talent intelligence. While Sourcers will leverage elements of talent marketing and work in employer branding and EVP. Yasar is currently in the midst of implementing this and is already seeing huge returns on engagement. But perhaps more importantly than that, it’s reinvigorating the TA function, futureproofing it for his team and generating career paths that previously would never have existed.

Looking for help in transforming your TA and recruiting function? SocialTalent has an entire catalogue dedicated to this function. Contact us today to learn more.

Being strategic and prioritizing wellbeing

No form of transformation can occur without a plan, however. As Yasar states: “You have to be strategic. You can’t build a house without blueprints.” It’s important for TA teams, especially those currently feeling overwhelmed, to establish clear set formulas and mine the data to back up whatever model is created in order to deliver on targets and grow as a function. If something is logically impossible – prove it. If you can show exactly why transformation is needed, or why more bodies are required, you have a much better chance at getting investment.

Organizations also need to understand that it can’t just be an all-hands-on-deck approach. As Yasar states, “there is a negative to too much productivity, something somewhere is going to suffer.”  You can’t do more with the same. If companies want to innovate and evolve TA, they must account for this. In HelloFresh, Yasar has gotten rid of KPIs for example, and uses health metrics instead to monitor effort, commitment, and contribution. He also mandates his team to have 4 hours every day free from meetings to do work and ideate.

The future of Talent Acquisition has the capability of being so much more than a numbers game. Yasar’s TA 4.0 model proves that appetite for change is there, and it can be hugely effective, both for employees and the company. But the thread to this success firmly lies in a culture of innovation and diversity. Outside the box thinking can solve a myriad of problems – we just have to make time for it to flourish.

Check out Yasar’s full appearance on The Shortlist below:

Yasar Ahmad is the Global Vice President of Talent at HelloFresh. He previously worked at Zalando as their Global Head of Tech Talent Acquisition. Yasar is also a member of the RL100, is an accomplished people leader and has a passion for TA, talent management, inclusion and diversity and learning and development.