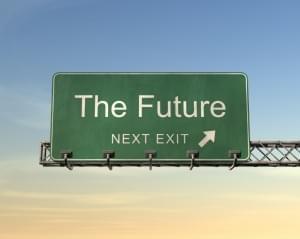 Matt Alder, Felix Wetzel and Kevin Wheeler are leading this track on the future of work.  A quick introduction of everyone attending suggests that we all represent the future of work, we largely work for ourselves or our own companies, we work from wherever we wish and we are doing what we love to do. But are we representative of the true demographic of workers out there? Probably not, certainly not the over 30s amongst us.  Kevin suggests that the over 30s do not represent the future, Gen Y do.

Matt Alder puts up his hand in defense of Gen X (yay!) and suggests that we are talking about knowledge workers.  There are lots of people his age who grew up with technology but stil cannot use it terribly well yet there are those of us who are geniuses at tech; there is a large divide. Matt vouches for hundreds of people his age who are not able to adapt to the way that the world has changed with technology.  A self confessed (only just) Gen Y person suggests that even she is not necessarily ready for the new tech world, dont assume that all Gen Y get technology.

Also, technology aside there are thousands of everyday workers commuting for hours every day to jobs that do not require them to be at one fixed physical location.  This has nothing to do with their IT ability, its an employer trust issue and needs to be addressed before we will have real change.

Kevin suggests that we need to look at the new shoots not the old crops when addressing the workplace of tomorrow.  The model is becoming smaller, most new businesses do not exceed 1,000 employees, they outsource everything that is not core to networked economies. The heroin trade is the most profitable business in the world, it is unstoppable, is not effected by recession and has full employment.  It is the perfect network operation, you cannot cut it off at the head, they have millions of channels to distribute their product and evolves independent of any direction.  Network organisations are the future; the old hierarchal pyramids are gone.

The first voice of dissent says that this is “completely rubbish”; hierarchies are not dead, they are being supplemented through outsourcing but the basic structure remains the same.   Kevin argues that hierarchies are there to control people; there is much disent at this, the audience are not happy with Kevin’s insistence that everything is about information.

Kevin concedes that not every organisation will become distributed, it is just a trend away from hierarchal organisations towards more businesses that have less structure.

One of the guys from All The Top Bananas uses his own company as an example; they are a small company of tech people wo could work from home but they work in the same office so that they can share innovation, ideas etc because there is no tech that allows them to do that together from home.

Cloud tech and the usability of tech in general has enabled people to do more from home and by themselves and blurred the line between life and work.

Europe has an aging population; economies in the US and Europe are based on the production of goods, not services. Distributed work will be the future with less hierarchy, a real focus on small, sustainable, flexible organisations.  Kevin’s example of Hollywood and the film industry is not being accepted as a good example.

Is this not a vanity conversation about people who are tech savvy and want to work for themselves?  Most people are not working in jobs that can be outsourced or contracted out nor do they want to.  People need instruction and most are happy to take their salary and move on.

Young entrepreneurs are disrupting the status quo as they want a piece of the larger pie on their own team and are backed by technology to do it.  Guy Rubin points out that the barriers to entry for entrepreneurs have almost disappeared but big businesses is bigger today than what it was 10 years ago and will be bigger again in 10 years time.  Kevin offers the opinion that this is correct but these companies will employ less people and small to medium companies will provide the outsourced or franchisee services to these big corporates.  It is this growing base of small businesses that will employ the people.